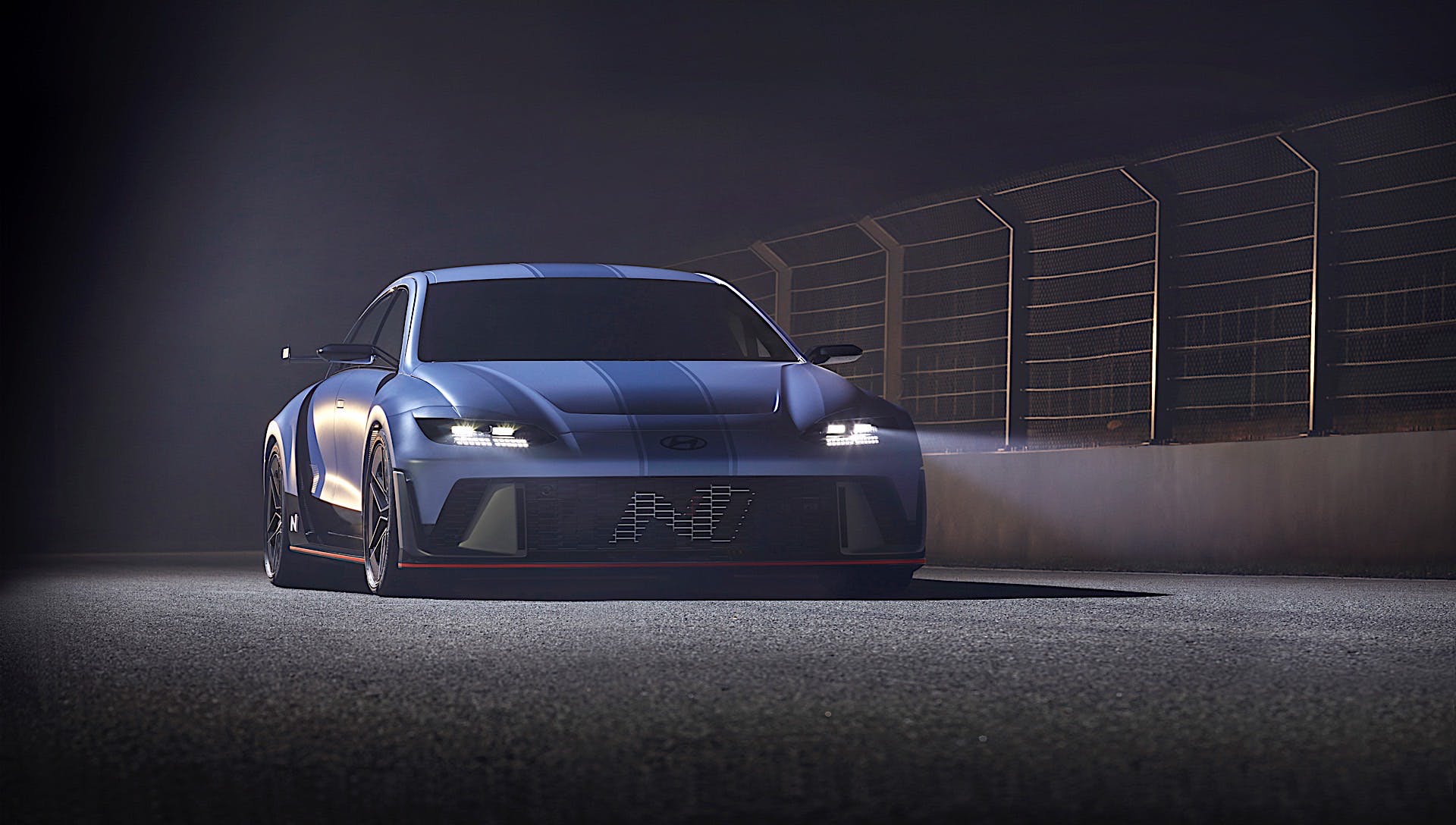 The RN22e is a rolling experiment for the latest and greatest N tech. It’s the company’s first rolling lab built atop E-GMP, it’s most in line with the battery electric Hyundais we’ll be able to purchase in North America.

To be an N car, the car must be a “corner rascal.” That’s why N cars so far have had an e-LSD. The RN22e is exploring torque vectoring by twin clutch. As we know, EVs are heavier than non-EVs, so performance hardware has to be able to handle the weight.

Hyundai wants to make sure that the RN22e can also handle track use without derating, which is a problem for many EVs. 400-mm hybrid disc brakes help slow the car down, and Hyundai is experimenting with regen-braking that precisely controls yaw and corner attack.

The RN22e is based on the Ioniq 6 sedan, not the Ioniq 5 crossover, so it has a sleeker design. That should improve aerodynamics at high speeds, improve range a bit, and provide a better high performance driving experience. Plus, it just looks cool, even if it won’t be the first electric N to come to market.

Expect to see some of, if not all of, this tech in the upcoming Ioniq 5 N, and definitely in future Ioniq N models.