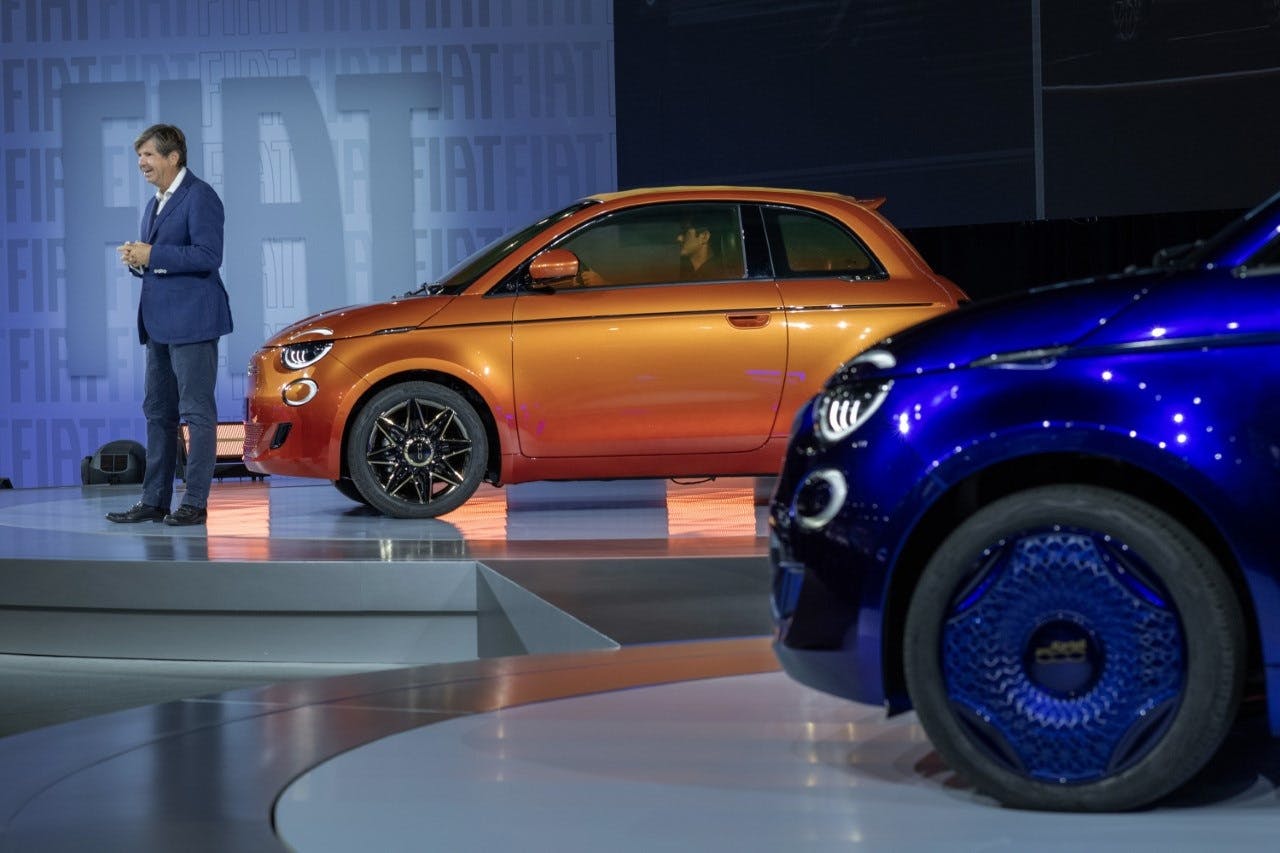 Our coverage of the 2022 LA Auto Show is brought to you by WynHouse, an innovation firm. Jumpstart your business success today by visiting WynHouse.co.

In Star Trek III: The Search for Spock, the Enterprise bridge crew is introduced to the U.S.S. Excelsior. Captain Kirk calls it “the Great Experiment.” It was a new class of ship that could experiment with new technology and ideas with a clean slate and not risking the already established classes.

That is soon to be Fiat in North America. In a roundtable discussion with EV Pulse, Olivier Francois, Brand Chief Executive Officer, Fiat talked about the 500e’s return to the United States, and how the company is exploring new things with the market.

“It gives us a chance to experiment,” Francois explains. “In Europe I can’t take many risks to disrupt that market. But in the United States, we have nothing to lose.”

“The auto industry is very traditional,” he tells us, “and some are coming in to disrupt it and change things up.”

Because there’s no risk of crashing Fiat in the United States, the only way to go is up.

He also doesn’t want to sell a bunch of cars. He wants to make money, yes, but he’s not going after volume.

“For the right customer the 500e is a fantastic product. But if it’s not for you, that’s OK,” he proclaims.

Selling 60,000 500es would also create a logistical problem, since the 500e is a sales success in Europe, and a segment bestseller in Germany. He doesn’t want to create a situation where he can’t deliver cars to his customers there.

But there’s a sense of freedom that comes with sensible expectations. There’s genuine excitement in the idea of trying something and it not work.

“Complexity is a big debate,” he continues. “Maybe we offer a car with only a few options. Maybe we only offer one body style.”

Reducing complexity improves profit margins, and makes it easier to break even on federalizing and selling the car here.

Another thing he’s thinking about is offering cars online (still being delivered by dealerships), and following a “sneaker drop” model of having a main configuration but only offering special paint or special features for a short period of time.

“Well, I want to break even at least. A couple of times more than break even would be great,” he continues, “and there are also intangibles that we can figure out. It might be profitable to offer the car a certain why, but it might not be worth the effort.”

He wants the juice to be worth the squeeze.

“We are dinosaurs,” states Francois. This is a chance for them to not be a dinosaur anymore.

Written by Chad Kirchner
Follow Author
RELATED ARTICLES
The Fiat 500e is returning to the U.S. in 2024
Alfa Romeo will launch a new model every year until full BEV in 2027: Report
Fiat doubles down on electrification in Europe; no word on North American plans
Best floor mats for the Tesla Model Y
RELATED ARTICLES
JOIN THE EV PULSE NEWSLETTER
Receive weekly updates on each of our electrifying articles.