BMW iX, i4 comes with two years of free charging at Electrify America 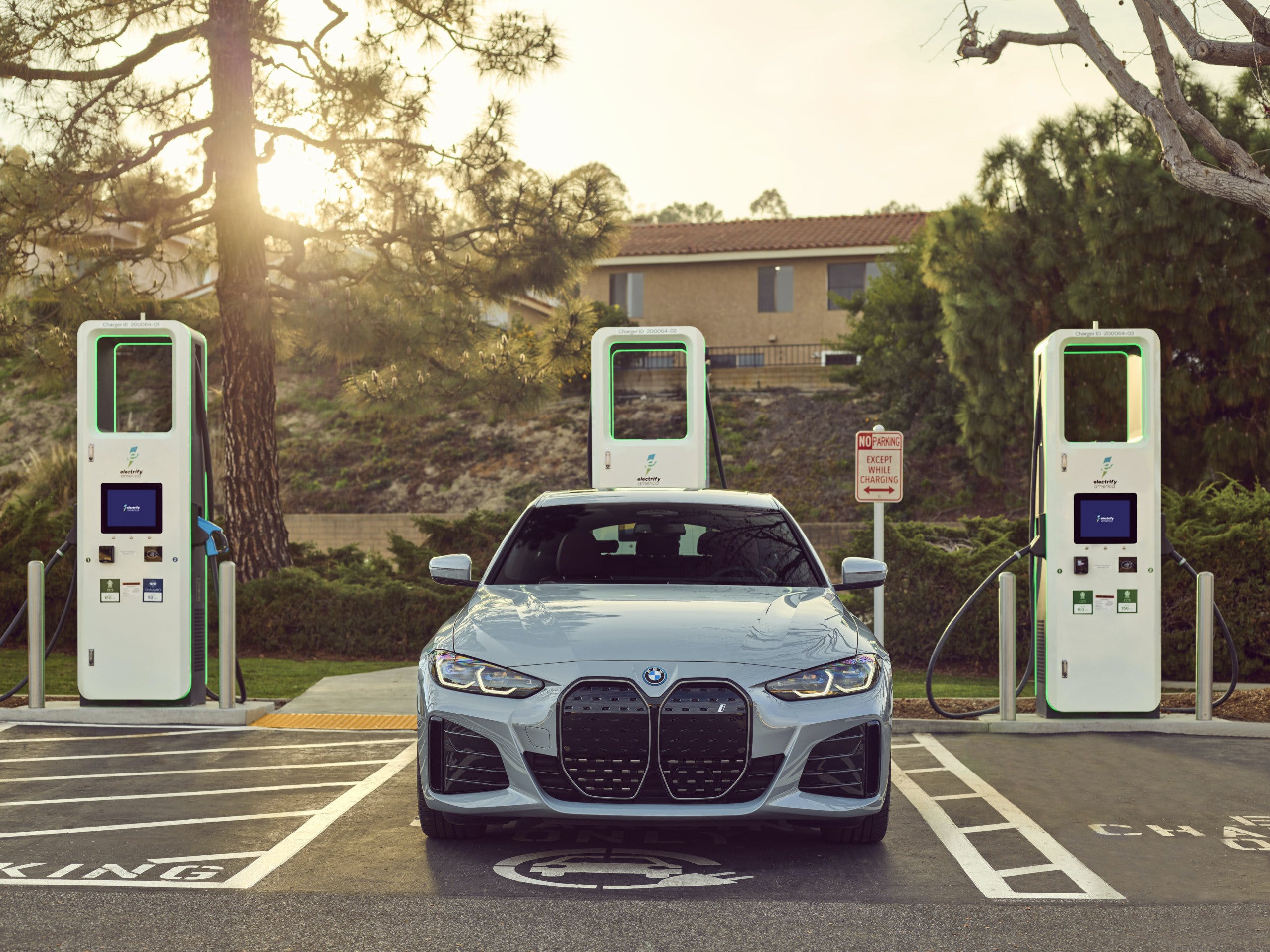 BMW and Electrify America have announced an agreement that owners of the former’s battery-electric vehicles will get two years of complimentary 30-minute charging. The free charging period starts from the date of the vehicle’s purchase and will launch with the iX xDrive50, i4 eDrive40, and i4 M50 this coming March. This will give drivers of the three vehicles access to more than 3,000 Electrify America charging stations across the United States. Certain owners will also be able to take advantage of DC charging at rates of over 200 kW, shortening the time spent plugged in.

(Editor’s note: The program starts on these vehicles, but Electrify America points out that it’ll extend to other models in the future.)

“The collaboration with Electrify America is one more step on our road toward a sustainable future,” said Sebastian Mackensen, President and CEO of BMW of North America. “Charging availability is a key feature when it comes to electric vehicles. We’re excited to offer our customers access to charging that is fast, affordable, and convenient, as we launch the next generation of all-electric vehicles from BMW.” Drivers will be able to locate charging stations and verify their availability using the Electrify America app and the myBMW app. The former also appears on your infotainment system when using Apple CarPlay or Android Auto.

Electrify America operates one of the largest networks of charging stations in North America. Some of the stations are capable of putting out 150 to 350 kW of power. This enables the iX and i4 to regain between 90 to 108 miles in 10 minutes. Currently, the network includes 800 charging stations with 3,500 individual DC chargers. By 2026, that will double to 1,600 stations with 10,000 individual chargers throughout the United States and Canada.

The iX and i4 are the first pure battery-electric vehicles to join BMW’s lineup, the former of which is its first dedicated EV model. Both vehicles have a peak charging rate between 195 to 250 kW depending on the variant you choose. The iX xDrive50 uses two electric motors and a 111.5-kWh lithium-ion battery pack for a combined output of 516 hp and 564 lb-ft of torque. On a single charge, the iX can travel up to 324 miles with the standard 20-inch alloy wheels. That goes down to 305 and 315 miles if you opt for the available 21- and 22-inch wheels respectively. Arriving later in the year is the iX M60, which uses a high-output version of the same two electric motors and the same battery that now makes 532 hp and 749 lb-ft. When launch control is activated, the combined output rises to 610 hp and 811 lb-ft, allowing it to hit 60 mph in 3.6 seconds.

The i4 is essentially an all-electric version of the 4 Series Gran Coupe. Single-motor versions, dubbed the i4 eDrive40, make 335 hp and 317 lb-ft and are backed by an 83.9-kWh battery. With the standard 18-inch wheels, it’s EPA-rated for 301 miles per charge. Choosing the available 19-inch units cuts the range down to 282 miles. The i4 M50 adds a second electric motor on the front axle effectively giving it AWD. In total, it makes 536 hp and 586 lb-ft when you activate the Sport Boost function. On a single charge, the i4 M50 can travel 270 miles with the standard 19-inch wheels. The available 20-inch wheels drop the range to 227 miles.

Written by Stefan Ogbac
Follow Author
RELATED ARTICLES
2022 BMW iX EPA-rated up to 324 miles
2022 BMW i4 EPA-rated for up to 301 miles per charge
2022 Audi e-tron GT buyers get 3 years of free fast charging from Electrify America
The best tire shines to give your EV that fresh look
RELATED ARTICLES
JOIN THE EV PULSE NEWSLETTER
Receive weekly updates on each of our electrifying articles.