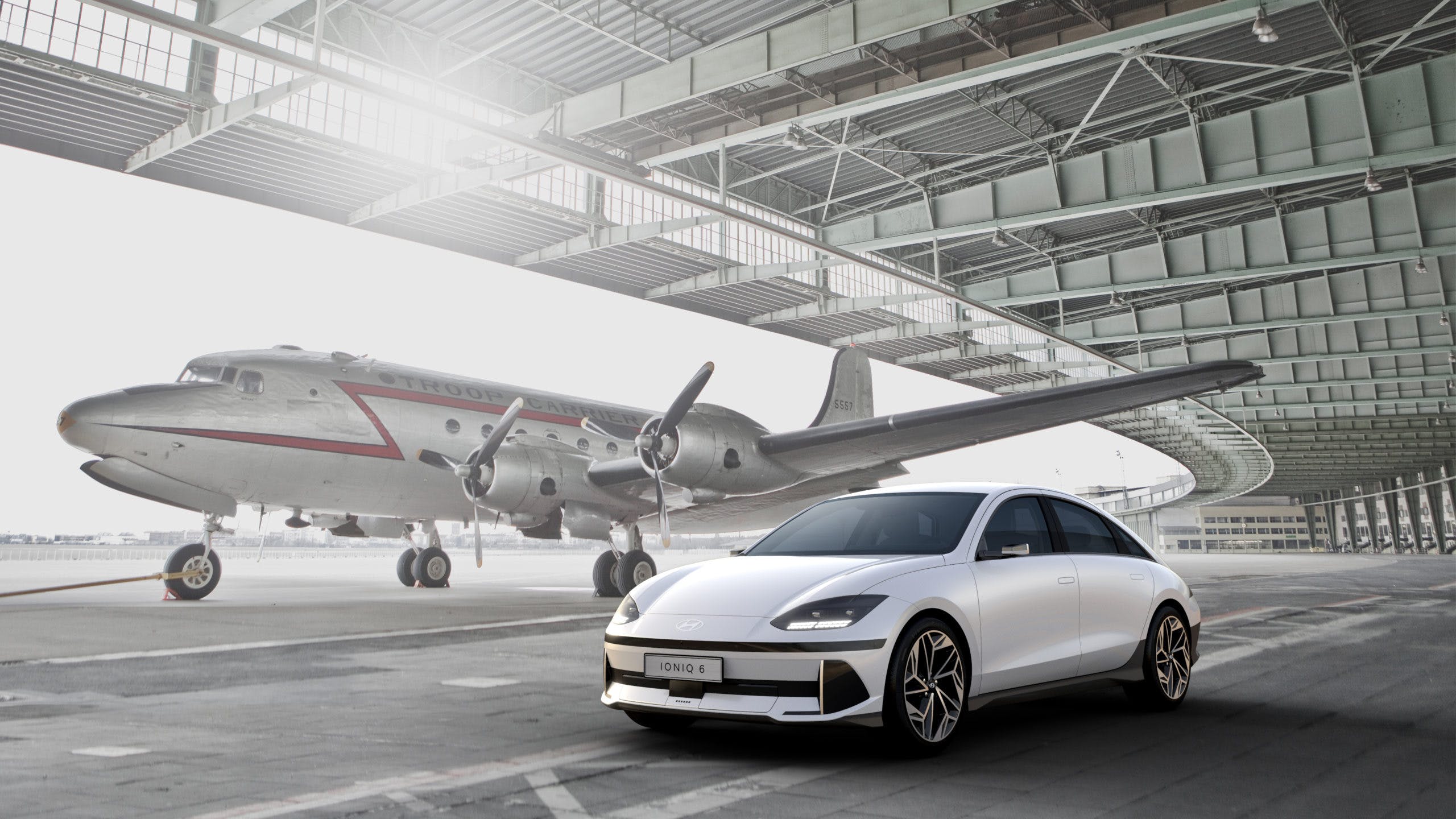 Channeling design cues from Mercedes-Benz and Porsche, the 2024 Hyundai Ioniq 6 debuts in Korea as the brand’s first electric sedan, with a phenomenal coefficient of drag and advanced technology.

The Ioniq sub-brand is Hyundai’s all-electric offering, starting with the Ioniq 5 that we are fans of. We’re expecting a larger crossover, the Ioniq 7 (based on the Hyundai Seven Concept), possibly later this year. This is the high performance sedan.

Hyundai is still scant on details, as is the way of reveals these days, but we do know that the sleek people carrier will have a 0.21 Cd, active air flaps, and over 700 of the Parametric Pixels that Hyundai uses in its design.

“Ioniq 6 connects an emotional convergence of functionality with aesthetics,” said SangYup Lee, Executive Vice President and Head of Hyundai Design Center. “The distinctive streamlined design is the result of close cooperation between engineers and designers, with obsessive attention to detail and customer-centric values at the core. We have created the Ioniq 6 as a mindful cocoon that offers personalized place for all.”

Recycled materials are used throughout the cabin, as there is a 64 color ambient light setup. There is even a “4-dot Interactive Pixel Lights” setup on the steering wheel to help communicate what the car is doing to the driver. We imagine that it’d be used for features like driver assistance, similar to what Super Cruise does, among other uses.

The Ioniq 6 will also feature the new Hyundai H emblem.

We don’t know much about performance, but we know that the Kia EV6 GT, which shares the same E-GMP platform, will have performance that’ll rival the Porsche Taycan 4S. It stands to reason that high performance will be migrated to this Ioniq.