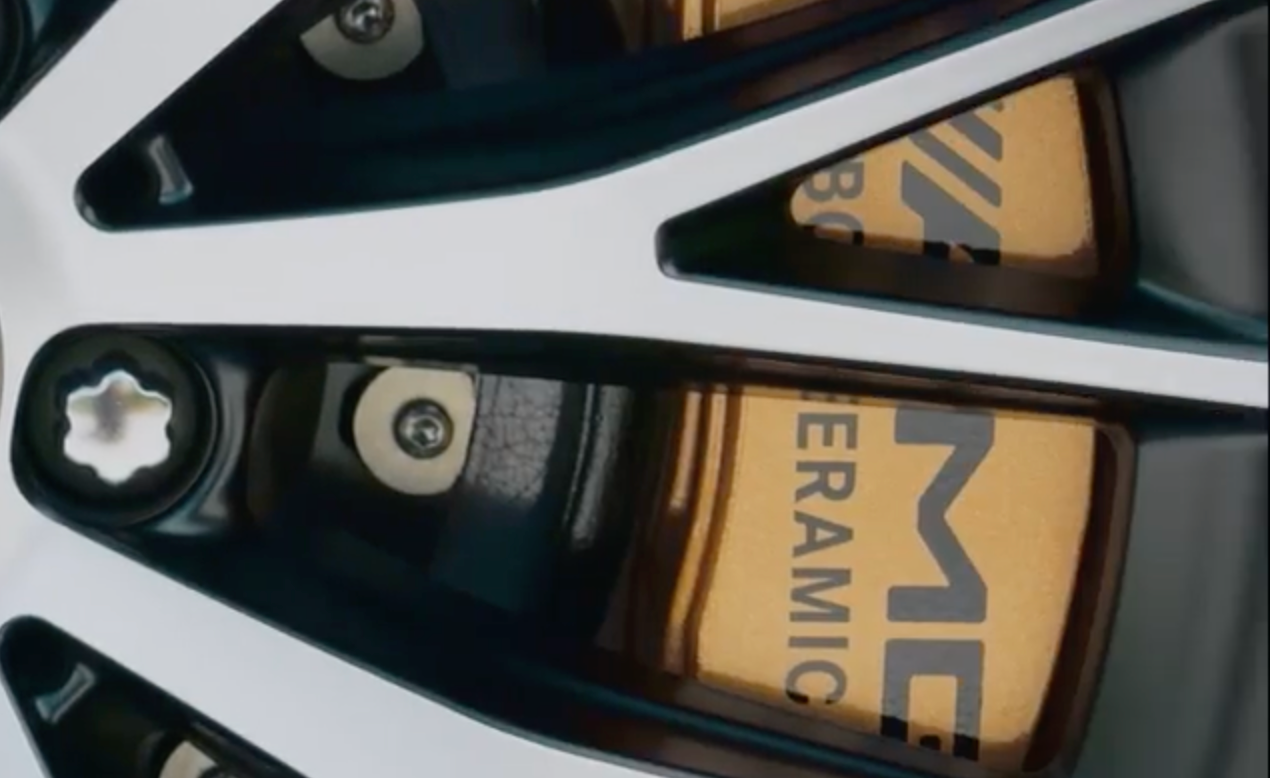 The next high-performance battery-electric vehicle from Mercedes-AMG has been teased on Twitter and it will be a sedan. Based on the new EQE, this will slot below the AMG EQS 53 4Matic+, the larger of the two four-doors. The 2023 Mercedes-AMG EQE sedan should be the sportier of the two considering it’s the smaller one. It will follow the standard EQE that goes on sale later this year.

We only see glimpses of the car in the first 29-second video but there’s enough to go on that it will get many design tweaks to distinguish it from the regular EQE. The 2023 Mercedes-AMG EQE gets larger openings in the lower front fascia, black side skirts, large alloy wheels that appear to be at least 21 inches in diameter, and an enclosed version of AMG’s Panamericana grille. In the middle of the video, you see the camera panning over the front doors, revealing the EQE badge near the side mirrors. It then continues behind a wall, briefly showing small glimpses of the car before showing running footage.

A second video continues the striptease highlighting the fins in the rear diffuser. This then continues to the AMG performance brakes with gold calipers followed by what looks like LED exterior lighting elements. The shot then continues out to a forest where a silver AMG EQE is driving through silently before showing off the car’s black rear spoiler and it speeding across the German countryside. Finally, we see the 4Matic+ badge on the car, confirming that like its larger sibling, the AMG EQS 53, it has a dual-motor setup with AWD.

Mercedes will initially release the EQE sedan in a single-motor, rear-drive configuration. Called the EQE 350, this variant makes 288 hp and 391 lb-ft of torque and uses a 90-kWh lithium-ion battery. It’ll be able to charge at peak rates of 22 kW using a level 2/240 AC charger. However, unlike its larger sibling, the EQS, the EQE’s DC charging rate only tops out at 170 kW. A dual-motor AWD version without the AMG badge should also be in the cards.

Expect the AMG EQE sedan to wear the 53 badge just like its big brother. However, don’t expect it to get up to 761 hp like the EQS since it’ll slot below it in terms of performance. The EQE 53 should have somewhere in the neighborhood of 500 to 600 hp, which should be more than enough to help it keep up with the Porsche Taycan and Audi e-tron GT. Since this is AMG we’re talking about, expect the smaller electric AMG sedan to also get an AMG Dynamic Plus package that should bump its combined output.

After the sedans, Mercedes-AMG will also its attention on the battery-electric crossovers. The first of those spicy utility vehicles should be the AMG EQS SUV, which will serve as the flagship alongside the luxury-oriented Maybach variant previewed at the 2021 Munich auto show. Those will be followed by an AMG version of the smaller EQE SUV; like its sedan counterpart, expect that to be the sportier of the two performance crossovers.

The 2023 Mercedes-AMG EQE 53 will likely be the handling-focused one of the two high-performance EV sedans. Its tidier dimensions should make it more tossable than the EQS 53, especially when equipped with rear-wheel steering. Don’t think that AMG will keep the shenanigans limited because the rear motor is likely more powerful than the front, allowing for some sideways action to happen should you be brave enough to induce it.