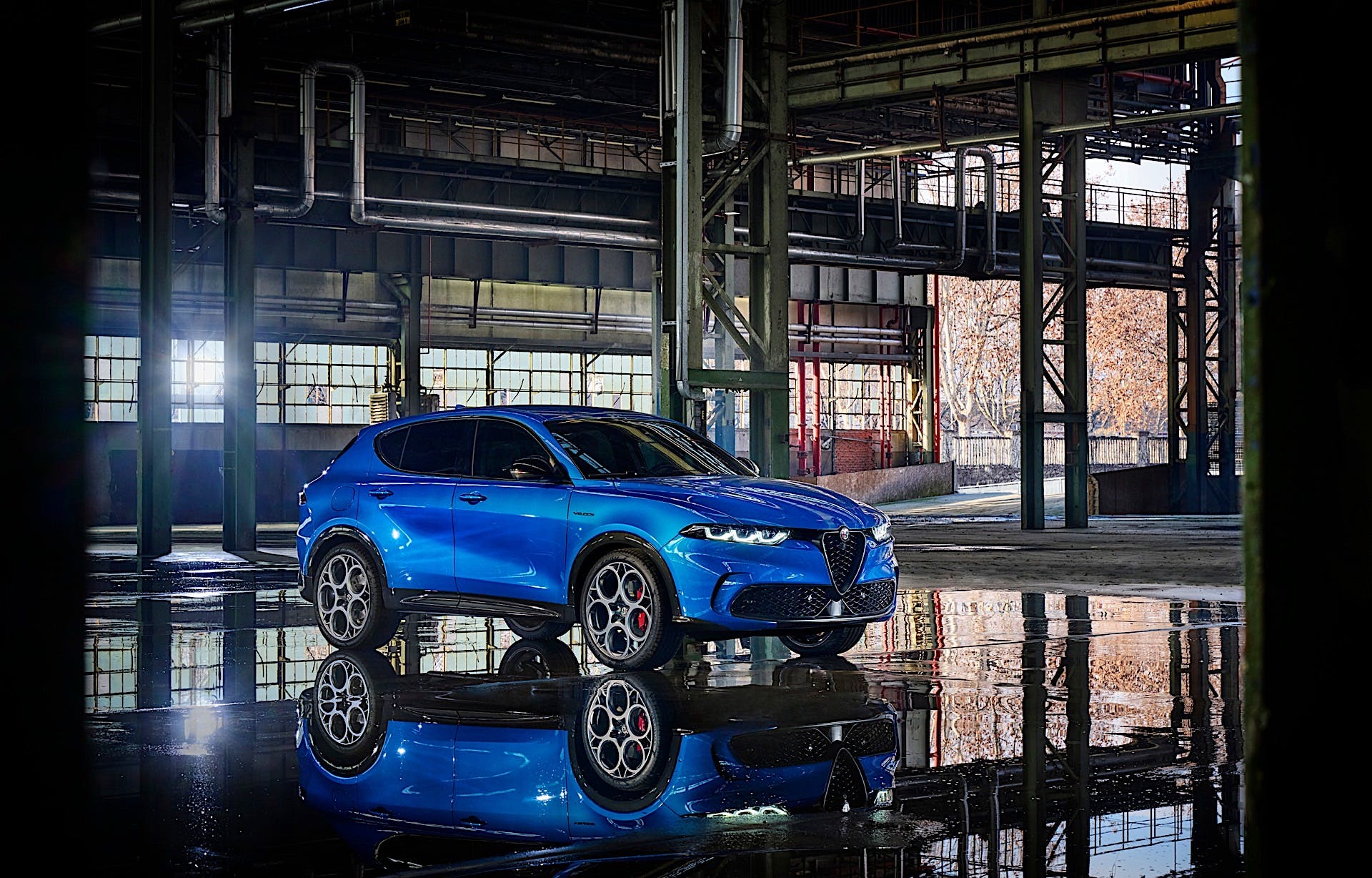 Jeremy Clarkson of Top Gear fame made a statement that you can’t be a true petrolhead unless you’ve owned an Alfa Romeo. That storied European brand hasn’t had much success in the United States, and currently has two cars in its U.S. lineup. Those two cars are the Giulia sedan and the Stelvio crossover.

That is changing, though, because what you’re looking at on this page is the all-new 2023 Alfa Romeo Tonale. It’s an Italian crossover, sure, but it’s also the future of the marque. In the United States, the Tonale will be available with a plug-in hybrid powertrain.

All Tonale PHEVs are all-wheel drive, and they all have a 6-speed automatic transmission. No CVT nonsense here.

Additionally, that 15.5-kWh battery pack should be good for an estimated 30 miles of range or more. While not as much as the Toyota RAV4 Prime, it’s still better than many PHEV competitors.

Like all modern Alfas, the Tonale will have a drive mode selector to select from the car’s DNA. D stands for dual power or dynamic driving, while N stands for natural, and A is for advanced efficiency.

For the first time in an Alfa Romeo product, Stellantis’s Uconnect 5 is onboard. Skinned specifically for Alfa Romeo and paired to a digital instrument cluster, the system supports wireless Apple Car Play and Android Auto, smart over-the-air updates, and a user experience that’s one of the best in the business (instead of one of the worst).

Interestingly, buyers of a Tonale will also get a NFT when they purchase their vehicle. It is minted on the blockchain and contains all the vehicle Monroney information, and then throughout ownership, whenever the car is serviced, the NFT is updated with the latest information.

Think of it as a Carfax on the blockchain. Alfa is mum on who they are partnering with to make it happen, or what blockchain the NFT will appear on, but it seems like a reasonably practical use for the technology and wouldn’t be surprised if we start seeing it elsewhere. But more on the pros and cons of that in the future.

Three trims of Tonale will be available, including Sprint, Ti, and Veloce. We asked Alfa Romeo if there’d be a Quadrifoglio version, and it is not necessarily ruled out, assuming they can reach the performance bench marks the seek with that platform.

What was made more clear is that there will be BEV Quadrifoglio cars in the future, which means Alfa Romeo performance doesn’t die with electrification.

We have no idea how much the Tonale will cost when it hits showrooms in the first quarter of 2023, or how well it drives. We hope it can deliver on the Alfa Romeo charm that we know and love while also being friendlier to the environment. As soon as we get to drive it, we’ll share that with you.

In the meantime, what do you think? Let us know in the comments below.