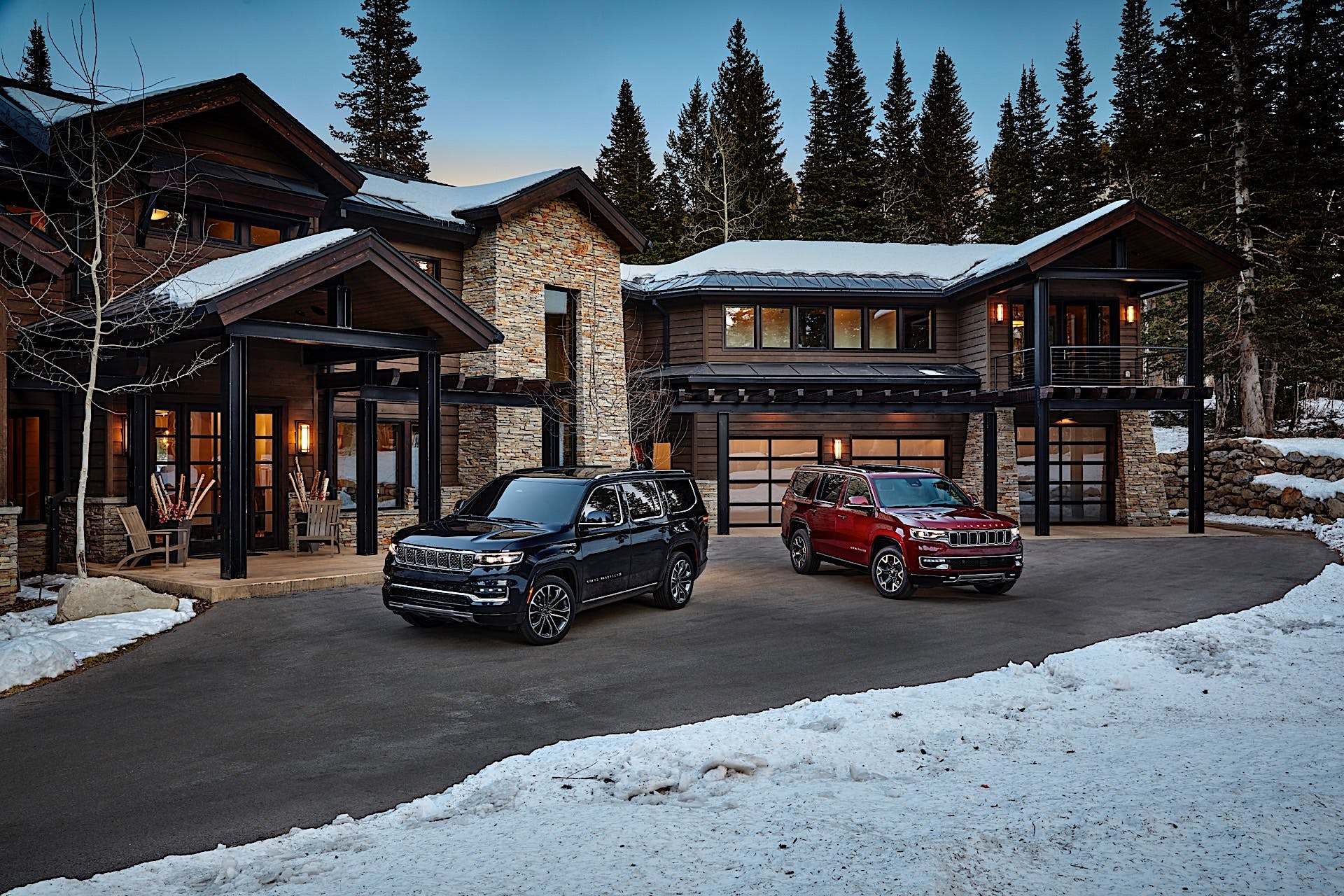 Our friends at Stellantis have finally shown us, and the world, the new Jeep Wagoneer and Grand Wagoneer. What you’ll notice at first glance is how much these vehicles look like the prototype that we peeped last year.

It’s an impressive body-on-frame brute that is clearly going after the folks at Cadillac, Lincoln, and maybe Land Rover. There’s some cutting edge tech we’re excited to tell you about. One thing that’s lacking, though, is a true hybrid or plug-in hybrid offering.

That’s… odd. Remember, the concept clearly was a PHEV offering. Heck, when we saw it in person we saw it run on electricity only.

Before we get in to some of the stuff that’s truly exciting about the upcoming Wagoneer and Grand Wagoneer, let’s address that lack of a PHEV.

We reached out to Jeep to inquire about this oversight. We were reminded that Jeep has publicly said that every model they sell will eventually have a 4xe option. Nobody would confirm future products — we aren’t that lucky — but I would be confident to say that one is coming it’s just a matter of when.

But moving on to the fun stuff, the Wagoneer and Grand Wagoneer are featuring an updated version of the Uconnect 5 system. This includes support for wireless Car Play and Android Auto, but so much more. The infotainment screen can control the normal vehicle functions along with controlling the media for the other seats.

In addition to the rear two seats and their video screens, the front passenger can even have a video screen. With built in Amazon Fire TV for Auto support, passengers can stream their video content at home, and pick up where they left off in the car. Not only that, but it’s unique to each seat, so your offspring can be streaming different shows.

There is available 4-zone climate control, and the middle row captain’s chairs on the Grand Wagoneer have a screen to control the functionality.

Tunes are important on any road trip, and the Wagoneer and Grand Wagoneer feature McIntosh branded audio systems. While they don’t have the vacuum tube amps of the home systems, we don’t expect the vehicle version of the audio to be bad. To bring some of that home entertainment to the car, Jeep duplicates the needle levels display in appropriate color and font.

A full suite of driver’s assist functions are available, and with late availability comes a highway driving assist function that’ll allow the driver to navigate highways with their hands off the steering wheel — as long as they are paying attention. This will be similar to Cadillac’s Super Cruise and Ford‘s Active Drive Assist.

While neither of these vehicles carry a Trail Rated badge, at least not yet, there are several driver configurable settings for when the road is no longer paved. On the Grand Wagoneer with the standard air suspension, drivers should be able to conquer obstacles that are far more serious than what is found on the trip to the ski slope or to Grandma’s house in the woods.

The Wagoneer comes with a 5.7-liter V8 with eTorque 48-volt tech. The belt-starter generator makes 12 kW of power, and adds 130 lb-ft of launch torque. It should help make stop and start events seamless.

Total system horsepower is 392 and torque is rated at 404 lb-ft.

But based on what we know so far, it should be a capable vehicle with a lot of innovative technology. If Jeep can deliver on a luxury interior then Cadillac and Lincoln will have a serious competitor on their hands.

Now, just give us the 4xe version, please.