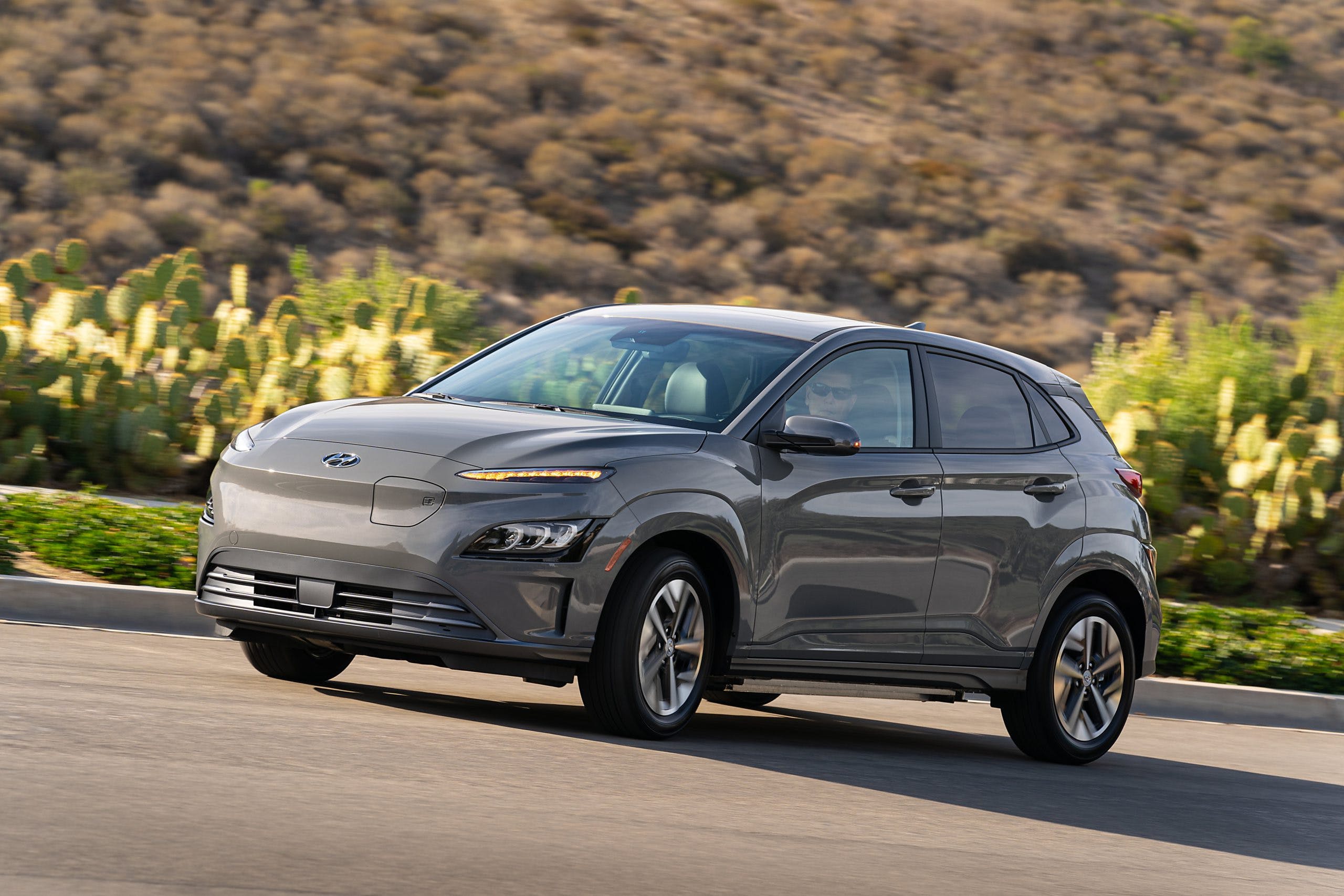 Pricing for the refreshed 2022 Hyundai Kona Electric has been announced and it is now less expensive than the pre-facelift model. At $35,185, the base SEL trim is $3,390 less despite keeping the same long list of standard equipment. The lineup has also been reduced to two trims with the Limited replacing the Ultimate as the new range-topper. Priced from $43,685, the new Limited grade is $585 more than the old one but $3,100 less than the old top-end Ultimate grade.

The refreshed 2022 Hyundai Kona Electric sports a more distinctive look. It no longer has a grille and chrome strip in the front fascia. Hyundai also added new LED headlight clusters and rear turn signals. Mechanically, the Kona Electric is unchanged, you still get a single electric motor with 201 hp and 291 lb-ft of torque backed by a 64-kWh lithium-ion battery. On a single charge, the crossover should be able to travel up to 258 miles according to the EPA. Like the upcoming Kona N, the Kona Electric gets an independent rear suspension instead of the torsion beam found on the FWD internal combustion Kona.

Using a DC charger, the Kona Electric can reach peak charging rates of 100 kW, allowing it to charge from 10 to 80 percent in 47 minutes. A slower 50 kW DC charger increases that time to 64 minutes. A level 2 AC charger will give you a full charge in 9 hours and 15 minutes and reach peak rates of up to 7.2 kW.

The price cut for the refreshed 2022 Hyundai Kona Electric has made it more affordable and has stronger value. You get generous driving range and lots of standard equipment even on the least expensive model. The price reduction puts the Kona Electric’s price in the same ballpark as the Chevrolet Bolt EUV. The Nissan Leaf Plus is less expensive, checking in under $40,000 fully loaded. This price drop also indicates that Hyundai is making room above the Kona Electric for the upcoming Ioniq 5, which is expected to start around $40,000 and get a larger 77.4-kWh battery. That vehicle is estimated to get between 245 to 300 miles depending on whether you choose the single- or dual-motor version.