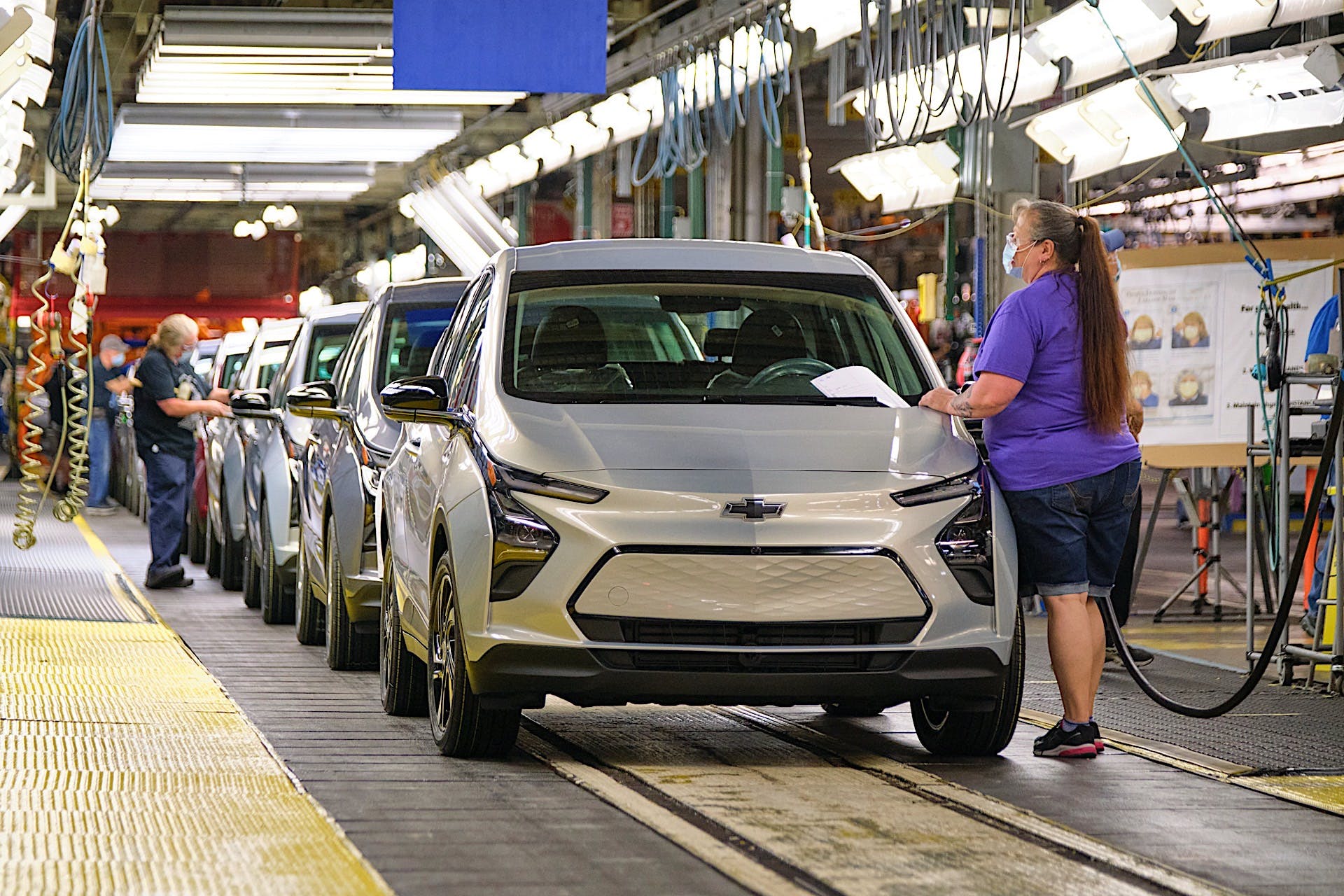 The 2022 Chevrolet Bolt EUV and Bolt EV have shipped out to dealers ahead of schedule. Despite delayed rollouts and a microchip shortage, General Motors was able to deliver both vehicles ahead of schedule. As confirmed by Green Car Reports, the first Bolt EUV deliveries are expected to happen before the end of May.

Both the 2022 Chevrolet Bolt EUV and Bolt EV use the same powertrain. The electric motor makes 200 hp and 266 lb-ft of torque and is backed by a 65-kWh battery. On a full charge, the Bolt EV can travel up to 259 miles while the Bolt EUV is good for 247 miles. Charging happens at a rate of up to 55 kW via a level 3 DC charger, allowing the car to get back to 80 percent in under an hour or 100 miles in 30 minutes. Using a level 2 or 240-volt charger will get both cars a full charge in your 7 hours.

Updates for the 2022 Bolt EV include a new infotainment system with a 10.2-inch touch screen and a new center console. Chevrolet also added new front seats with thicker seat backs. The Bolt EUV is larger and has extra convenience features like ventilated front seats and a panoramic sunroof. If you’re looking for the Super Cruise semi-autonomous driving assistance feature, the Bolt EUV is the only way to get it where it’s part of an optional package. Unlike the version found in the Cadillac Escalade, the Bolt EUV doesn’t have automatic lane change capability.