What we know about, and expect from, the next generation Toyota 4Runner 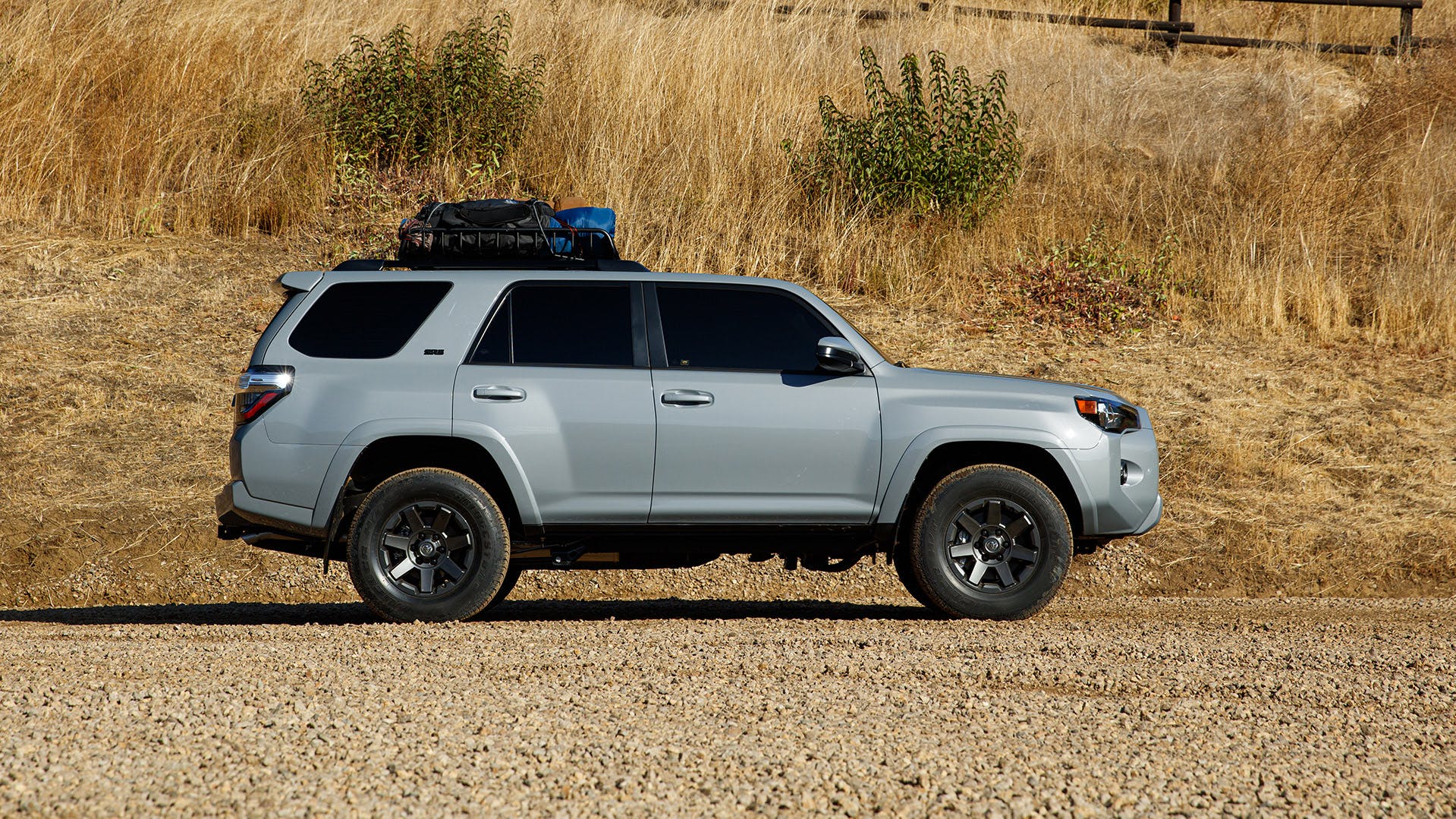 Expect some big changes from this 2021 4Runner. Photo credit: Toyota

The Toyota 4Runner is a legend in the dirt. It’s one of the most capable mid-size SUVs when the pavement ends and a popular choice among off-road enthusiasts for a reliable, bulletproof rig. There’s no escaping the fact that the 4Runner is dated, though. In production since the 2010 model year, the current generation 4Runner is now a decade old. So, what’s next for this venerable go-anywhere SUV? What’s Toyota planning to do? Thanks to some insider info on the automaker’s next body-on-frame platform and the upcoming Tundra pickup, here’s a preview of what the new 4Runner could get.

The Toyota 4Runner will be one of a handful of SUVs underpinned by a new body-on-frame architecture dubbed TNGA-F. This will first debut in the 2022 Tundra before trickling to other models including the next-generation Lexus LX and GX, and several Toyota vehicles including the Tacoma and Land Cruiser. SUVs underpinned by the TNGA-F platform will likely ditch the solid rear axle for an independent multilink setup to improve ride quality on the pavement. Expect multiple suspension tunes, too, based on the model you choose. TRD variants should be the most capable iterations. They’ll likely get extras such as skid plates, retuned suspension and dampers, all-terrain tires, and Toyota’s CRAWL Control system, which allows you to tailor the vehicle based on the surface you’re driving on.

Toyota has plenty of powertrains to choose from for use in the next-generation 4Runner. In addition to a standard V6, an electrified option is guaranteed as Toyota intends to make every vehicle it sells available in either hybrid, plug-in hybrid, or fuel cell vehicle flavors by 2025. There’s one unit that could be a fit for the 4Runner: the 3.5-liter V6 found in the Lexus LC and LS. In its current iteration, that system makes 354 hp combined; however, that could change in the 4Runner as Toyota simplifies the application. The CVT and four-speed automatic combination could be ditched for a 10-speed automatic transmission. That means the 4Runner could use a pancake setup where the electric motor is sandwiched between the transmission and V6 engine. Toyota should also retune the powertrain for regular fuel instead of the current version’s requirement for premium. More compact lithium-ion batteries will likely be mounted low in the chassis with the most logical place being under the second row. Don’t expect a V8 option, though. Toyota’s TNGA-F platform can’t accommodate engines larger than a six-cylinder, meaning the high-powered option will be the hybrid.

As one of the first automakers to make driver assistance features standard, Toyota will keep going in that direction for the foreseeable future. A full range of collision prevention technologies should be standard along with lane centering and adaptive cruise control with traffic jam assist. Expect more advanced versions to find their way into the next-generation Toyota models including the 4Runner.

On the multimedia front, Toyota’s latest interface should be available in two flavors: a standard version with an 8.0-inch touch screen or an upgraded one sporting a 12.3-inch display just like in the new Mirai and Highlander. Like newer Toyota models, the 4Runner could get a 7.0-inch instrument cluster display flanking traditional gauges. There’s no word yet if Toyota is planning to add a full digital cluster instead of the current partial one.

Toyota’s aim to electrify every model in its lineup is a statement of intent from the Japanese automaker. This is a way to prove that hybrids and other electrified powertrains are capable of motivating a wide variety of vehicles. Having it in an off-road-oriented SUV like the 4Runner modernizes the vehicle while still retaining its key virtues. This also gives Toyota an answer to the 4Runner’s key competitor the Jeep Wrangler, which recently got a plug-in hybrid variant called the 4xe. Whether Toyota intends to add a plug or not, an electrified 4Runner is a step in the right direction as the brand continues to make hybrids its bread-and-butter option.