What exactly is e-AWD? 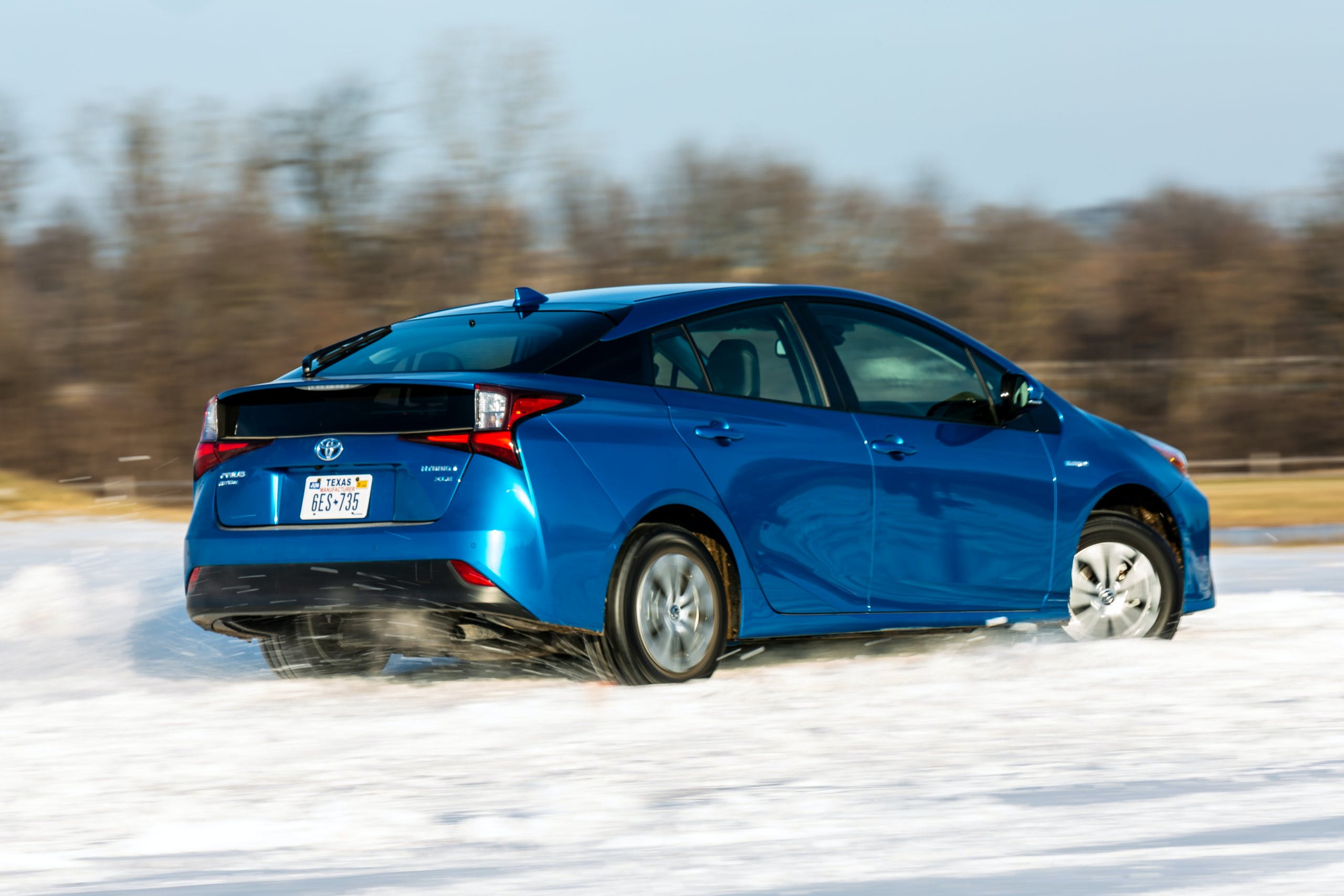 By now, you’ve seen the term e-AWD on many spec sheets, window stickers, and then some. As electrification spreads throughout the auto industry, get ready to see that term more frequently. You may be asking yourself, what exactly is e-AWD? The last part makes sense but what about the beginning part? Let’s find out.

The term AWD is pretty simple. It essentially means a vehicle that puts power down through all four wheels to improve traction, stability, handling, and performance. Some are biased to the rear wheels, others are 50/50, and certain systems even have torque vectoring capability, enabling it to shuffle power forward and back, left to right, or even focus it all into a single wheel.

In a standard AWD setup, a drive shaft connects both axles. That’s not the case with an e-AWD system because you get an electric motor powering the rear axle instead. That means each axle is powered independently by a different source; an engine, another electric motor, or both usually turns the front wheels depending on the type of vehicle it’s used in.

You’ll usually find an e-AWD system in hybrid, plug-in hybrid, or battery-electric vehicles. Toyota and Lexus make use of this configuration extensively on their electrified lineup. The result is improved traction in road conditions that need extra traction thanks to the electric motor turning rear wheels. However, Toyota and Lexus usually put the less powerful one in the back, meaning mainly there to help you through rough roads at lower speeds. In the larger Toyota and Lexus vehicles, the electric motors only make around 53 hp and 84 lb-ft of torque. Smaller e-AWD hybrids like the Prius and UX 250h have even less powerful 7-hp electric motors that only work under 43 mph. As a result, Toyota and Lexus hybrids tend to drive more like FWD vehicles despite the added traction in the rear wheels. On more powerful models, you can feel the front wheels get a little squirrelly when accelerating from a stop.

Volvo also uses an e-AWD setup in its T8 vehicles. Unlike Toyota and Lexus, Volvo mounts the electric motor with 87 hp and 177 lb-ft in the rear axle. With 400 to 415 hp and 472 to 494 lb-ft combined, this application is quite potent yet avoids traction issues when accelerating from a stop. Since Volvo’s layout is a plug-in hybrid backed by an 11.6-kWh battery, the T8 vehicles can operate in EV mode for around 20 miles depending on which one you get. In that mode, the cars feel like they’re RWD because the electric motor is only turning the rear wheels.

The Acura NSX is another great example of how to do e-AWD. Unlike the standard Super Handling AWD system, the version in the NSX doesn’t have a mechanical connection between the two axles. Instead, the front wheels are powered by two 36-hp electric motors that also enable torque vectoring. A third electric motor sandwiched between the nine-speed dual-clutch automatic and the 3.5-liter twin-turbo V6 smooths out power delivery across the rev range.

Battery-electric vehicles are the most common vehicles with e-AWD. With an electric motor mounted on each axle, EVs can be tuned for maximum traction or performance. Some are also rear-biased because the electric motor back there is more powerful. The electric motors can also be used for torque vectoring, improving handling, and grip. This is done via controlling regenerative braking and power delivery to stabilize the vehicle through turns or give the wheels with the most grip all the power.

In addition to being less complicated, an e-AWD system is easier to tune for your intended purpose. Regardless of the type of electrified vehicle, automakers have made e-AWD just as capable or even more so than a mechanical setup. It also enables more possibilities in the performance realm, allowing cars to drive better. As the industry moves toward complete electrification, expect e-AWD to become the prominent option because of how flexible it is and the myriad ways you can calibrate it.