Watch: We test out Tesla’s “Full Self Driving” beta software, and it’s quite shocking 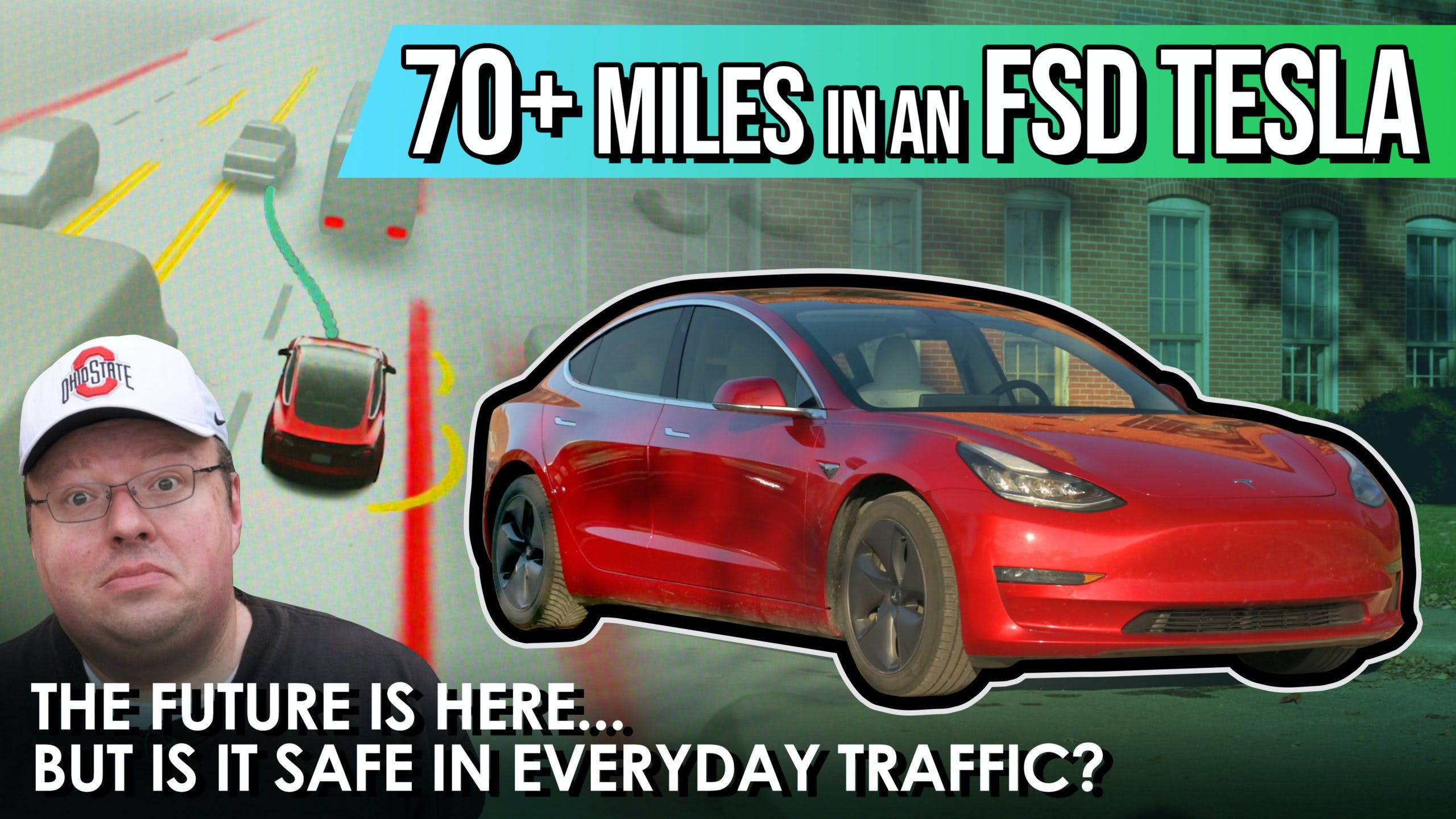 Recently, we had a chance to borrow a Tesla Model 3 Long Range that is participating in the “Full Self Driving” beta program. We wanted to see for ourselves what the system does well, what the system does adequately, and what needs work. We documented the entire process on camera.

At this point, “FSD” and “Navigate on Autopilot” are two separate software stacks, but we included highway driving along with city streets to showcase the differences between the software and the confusion that can be created.

Due to timing constraints, our videos are using “FSD” version 10.3.1. While some changes are likely addressed in the 10.5 update, we don’t expect there to be any significant changes to the operation of the software until at least 11.0. We believe that this is an accurate representation of the current state of Tesla’s autonomous efforts.

Below is our final product, and what we discovered. You’ll probably want to pour yourself a drink because it’s a long one. But we think you’ll agree that this software is still in need of work.

If you want to see a more raw, unedited look at our differing camera angles for the entire drive, to make sure we didn’t commit any shenanigans, you can watch that full video below.

While we agree there are some points where the system shows promise, the software in its current state is not ready for prime time and should be relegated to closed off, internal testing.

Will it eventually get there? Maybe. But being tested by folks who lack any formal training or deeper understanding of how the system works — and its limitations — continues to seem both dangerous and reckless.

Written by Chad Kirchner
Follow Author
RELATED ARTICLES
Elon Musk: Tesla to open Supercharger network to other EVs this year
Musk says he might be able to allow Teslas without the pedestrian warning speaker to upgrade
Musk says that company is expecting decent growth during pandemic: Battery Day
The best tires for an electric vehicle
RELATED ARTICLES
JOIN THE EV PULSE NEWSLETTER
Receive weekly updates on each of our electrifying articles.