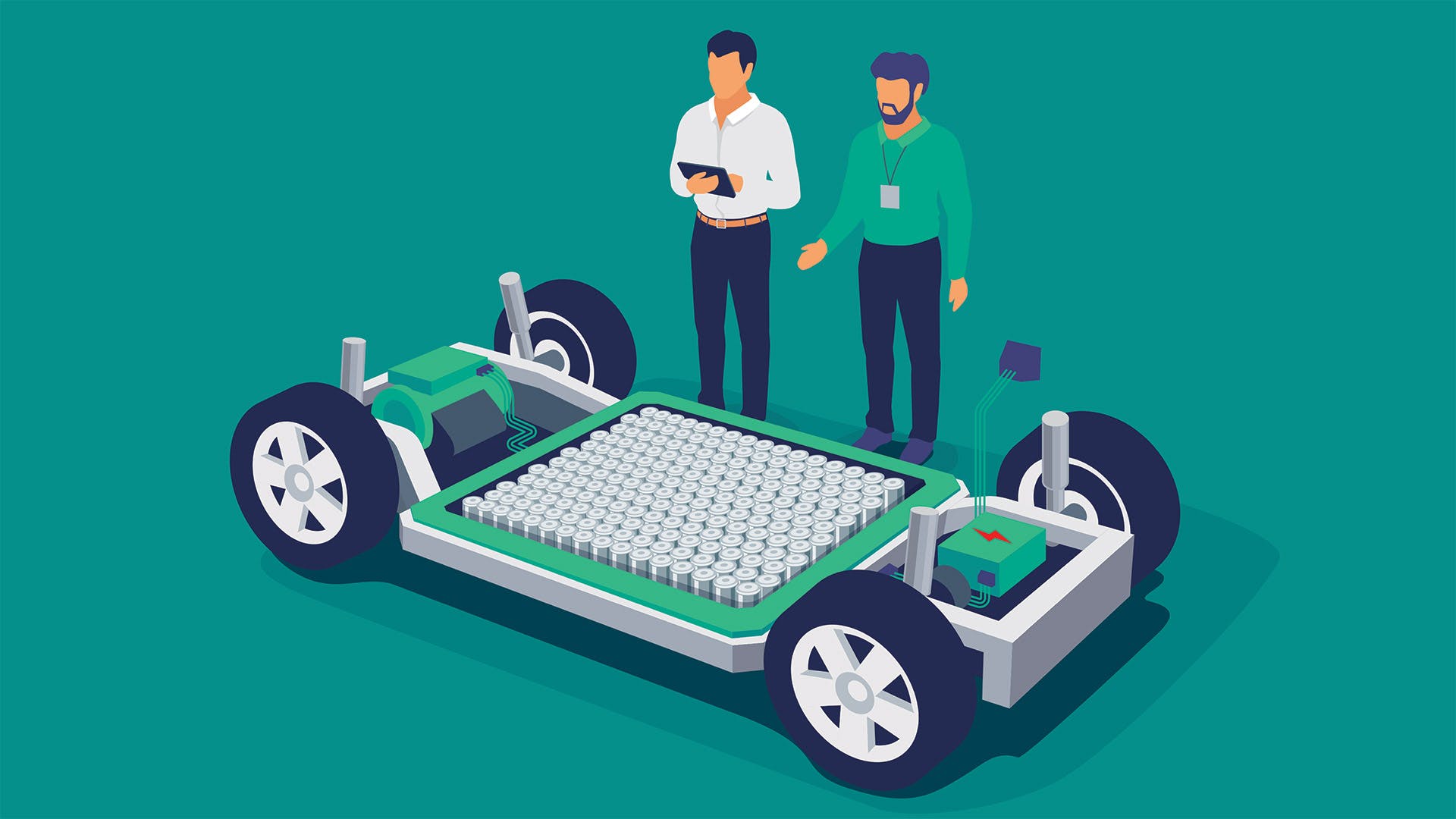 Every month we hear rumblings of an exciting new battery tech that will revolutionize the electric vehicle world. From ultrafast charging packs to modular, swappable units, it seems like there is a lot of research and development going on in this field.

To those asking “what’s taking so long?” Let’s walk through the history of the EV battery to see how far things have progressed.

Casual car fans should recognize the lead-acid battery, which is used in internal combustion engine cars to help with starting a vehicle, and with other electronic components like lighting.

Invented back in 1859, these were the first rechargeable batteries. They were used in the first electric “car” back in 1881, on Gustave Trouve’s electric-powered tricycle. They were also a significant component in the power plant for land-speed-record vehicles like La Jamais Contente, the first road vehicles to exceed 62 MPH.

Lead-acid batteries have plenty of advantages: they are relatively inexpensive, recyclable, reliable, and can work reasonably well in low temperatures. They also have a few drawbacks that make them less useful for automotive applications.

For example, lead-acid batteries are heavy, and they have a pretty low power density, two significant disadvantages when it comes to using them to power a vehicle completely. Lead-acid batteries can only be discharged to 80 percent and have short life spans.

Those disadvantages of the lead-acid battery drove Thomas Edison to patent and commercialize the nickel-iron battery for electric vehicle usage.

There was a deal in place between Ford and Edison, but things didn’t pan out. Some think the oil cartels got to Ford and Edison, while others point to a mysterious fire that claimed most of Edison’s workshop.

But some automakers gave it a shot: like Chrysler and the TEVan. Through using 30 6V 200Ah nickel-iron batteries these vans could manage a whopping 60 miles of range.

Unfortunately, the batteries have high internal resistance, which doesn’t mix well with the loads an electric car needs. Furthermore, it was expensive and heavy. Finally, it would release hydrogen while charging, which could be considered dangerous.

Nickel-cadmium (Ni-Cd) batteries were popular in the ‘90s for small electronics including cordless phones, remote-control toys, and cameras. They have solid storage density and a decent life span, which is why they were also used in some early EVs like the Citroen AX Electrique.

Why didn’t Ni-Cd batteries last? Well, they were pricey, and cadmium is a hazardous material that is difficult to recycle. We should also add that Ni-Cd batteries can suffer from a memory effect that impacts their performance over time and with repeated recharge cycles.

To solve the issues posed by nickel-cadmium, automakers moved to nickel-metal hydride (NIMH) batteries, which are more cost-effective, less toxic, have higher energy densities, and have higher capacities. Many early EVs use this technology, like the RAV4 EV, Dodge EPIC, GM EV1, Chevy S-10 EV, Ford Ranger EV, and Honda EV Plus.

Beyond EVs, NIMH batteries also found use in many early hybrids like the Toyota Prius, Honda Insight, and Ford Escape Hybrid. Some modern Toyota hybrids still use this battery technology.

When well maintained, these batteries are surprisingly reliable, with some examples of the RAV4 EV racking up well over 100,000 miles and still working well. However, they’re not used these days due to their finicky nature. They don’t behave well at low temperatures, have a high rate of self-discharge, and aren’t the most efficient.

Lithium-ion is the most popular choice these days for many reasons, but it also has several drawbacks that can lead to it being replaced just like many of the other batteries on this list.

Lithium was a curiosity for automakers for a long time, with AMC introducing it in the ‘60s with the Amitron which used a combination of lithium-nickel-fluoride and nickel-cadmium batteries. It may have been too ahead of the times, as development ceased due to the high costs of the battery and complex technology.

When it comes to lithium-ion, few bring up the Nissan Altra, produced between 1998 and 2002. Like most first-timers, it was a limited production vehicle, about 200 units were made, and they mostly went to the fleets of electric utility companies. However, the Sony-made battery allowed for a range of about 120 to 140 miles and a five-hour recharge time, cementing its place in the EV history books.

Following that, lithium-ion became a far more popular choice for EVs thanks to their low weight, high energy density, efficiency, and low self-discharge rates, they’re the go-to battery for the time being.

But there is room for improvement as Li-ion batteries are still relatively expensive, can degrade over time, are fragile, and may be tough to recycle.

While Li-ion batteries are adequate for electric vehicles, there is always a demand for more range and faster charge times, and that always helps to spur on new developments.

A few new batteries could help displace Li-ion from the pedestal it’s on now. Lithium-metal, also known as solid state batteries, might be the answer. These batteries are considered to be safer, and more energy dense.

Early estimates suggest that BEVs using this tech could recharge to 80 percent in just 15 minutes, and that the batteries could lead to an 80 percent longer driving range than vehicles with Li-ion batteries. Investors in the tech include Volkswagen, Ford, BMW and Mercedes-Benz which also points to this being the battery of the future.

There are several advantages to a zinc-air battery: it has a high energy density and specific energy per weight since once of the reactants is atmospheric air. A lightweight, stable, inexpensive and environmentally friendly battery could do wonders for the EV industry. However, most zinc-air batteries are single use, and more development has to go toward making these batteries more rechargeable and less degradable.

Of course, lithium-ion tech is still being developed, so it’s just a matter of time before seeing what comes next, but considering where EV batteries came from before, the future is very bright.