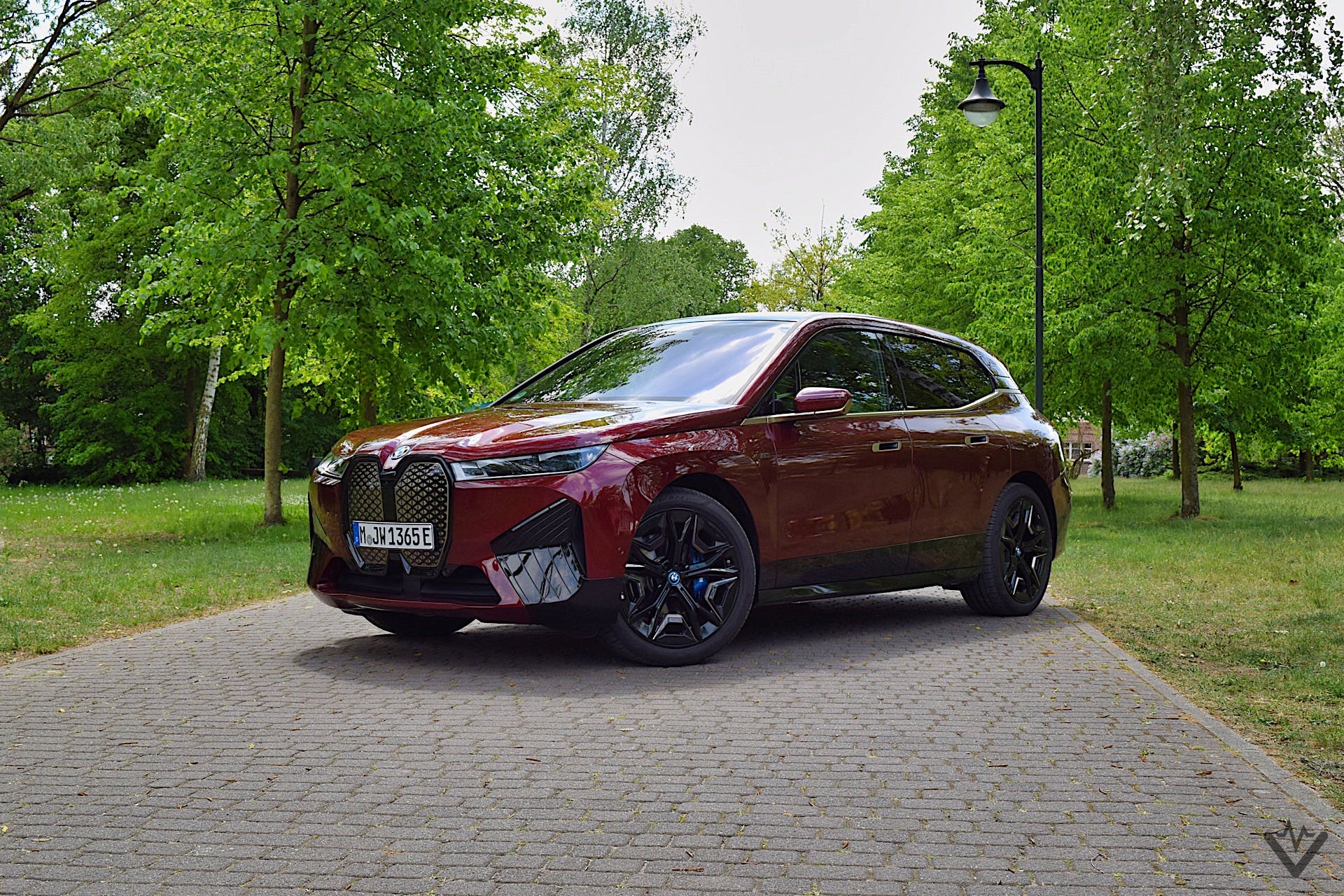 The folks and BMW M have made a living taking mainstream, premium Bimmers and turning them into excitable, energetic, and emotional rides. Now their attention turns to the electrified iX, which gets more power, speed, and a few extra tweaks to make the experience more enjoyable.

Officially known as the 2023 BMW iX M60, this is the automaker’s most powerful electric vehicle, boasting a peak of 610 horsepower and 811 lb-ft of torque combined across the two electric motors powering each axle. That performance is only accessible during the launch mode, which allows the vehicle to blast off to 62 mph in 3.8 seconds. In other drive modes, the motors put out 532 hp and 749 lb-ft of torque. Keep pushing, and the speedo will top out at 155 MPH.

Thank the innovation in this fifth-generation electric propulsion system for all that velocity and speed. It uses a brushed motor design rather than a permanent magnet solution. The no-magnet solution means a reduced reliance on rare earth metals and an improvement in terms of sustainability. The M60 sports a 6-phase double-inverter that allows up to 1,200 amps. There is also a longer rotor in this performance model compared to the xDrive40 and xDrive50 versions of the iX. This all adds up to a smooth and dependable feeling of thrust to that top speed, as the motor spins up to 15,400 RPM.

To be clear: this thing slays speed limits. Thank goodness we were out on the unrestricted highways around Berlin, as the iX M60 responded so eagerly to our inputs on the go-pedal. The digital dash splashed triple-digit speeds in what felt like a blink of an eye.

A soundtrack for every journey

But fossil-fuelled M-Sports cars have boasted emotional and engaging soundtracks, traits that EVs aren’t known for. Fortunately, the folks at BMW M had one special name on their speed dial (that’s regular dial in the M HQ): Hans Zimmer. The award-winning composer designed a futuristic thrum that plays whenever you push the accelerator. The soundscape changes when you switch drive modes, and overall it feels like a more aggressive progression from the cyberpunk sounds that we first experienced in the i8.

The regenerative braking feels steady and confident at bringing the speeds down to a more reasonable pace. Drivers can choose between a few braking settings, including an adaptive mode that uses the navigation and driver assistance sensors to apply the perfect dab of recuperative braking.

Although it weighs north of 5,800 lbs., the car never feels particularly heavy. It glides over speed humps or road imperfections, and weight transfers feel well managed. The M60 features a two-axle air suspension system along with rear-wheel steering to help the vehicle feel more manageable, agile, and lithe than it is.

While the iX M60 uses the same 111 kWh battery (105 kWh net) as the xDrive50 model, the additional focus on performance impacts range. Expect 280 miles of range on a full battery, which is noticeably less than the 324 miles offered on the xDrive50 model with 20-inch wheels.

Charge times are also relatively unimpressive for a range-topping vehicle, as the iX peaks at about 200 kW, rather than 350 kW like other modern EVs we’ve seen hitting the market. Still, at 200 kW, the iX M60 will charge from 10-80 percent in about 39 minutes, which is short enough for you to stretch your legs, use the bathroom, and talk to bystanders gawking at your crossover parked at the station. Using an 11 kW charger will recharge the vehicle in about 11 hours. The automaker also preconditions the battery when a charging station is the selected destination in the navigation system allowing for speedy charges from the moment you arrive.

The rest of the car feels like typical BMW fare. The cabin has a conservative smattering of high-tech applications, with a curved screen that spans about two-thirds the width of the dashboard. The automaker has upgraded its infotainment system to iDrive 8, which adds a bit more flash and customizability. The voice-activated assistant proves to be useful when disabling the IconicSounds system, changing drive modes, or anything else you need.

The cabin of the iX also leaves a strong impression. At first glance, it’s open and minimalistic, but the details are where the vehicle shines, literally and figuratively. Seat, volume, and infotainment controls are done up in crystal, bringing some extravagance to the interior. Materials within the cabin follow a sustainable approach, using recycled polyester, or are treated with olive leaf extract rather than the usual tanning chemicals.

There are flashes of M-Sport goodness with the exterior too. Our red tester featured black badges with bronze borders and 22-inch wheels that also sport bronze accents. Peek behind those wheels to spot the blue brake calipers, an M Sport signature.

The new iX M60 will be the priciest of the iX models, with a starting price of $106,095, which includes the $995 destination and handling fee, which is a $20,000 difference from the xDrive50 models. Such is life for those seeking the most powerful electric vehicle that BMW makes, not to mention, one that manages to successfully combine the worlds of i, M, and X together. Check it out in showrooms this June.

Written by Sami Haj-Assaad
Follow Author
RELATED ARTICLES
2022 BMW iX EPA-rated up to 324 miles
2022 BMW i4 EPA-rated for up to 301 miles per charge
2022 BMW i4 M50 is the brand’s first all-electric safety car
For Science: Fuel consumption of the 7.2 kW Pro Power Onboard generator in the 2021 Ford F-150 hybrid
RELATED ARTICLES
JOIN THE EV PULSE NEWSLETTER
Receive weekly updates on each of our electrifying articles.