2021 Toyota Mirai second look review: Can you live with a hydrogen FCV as a daily driver? 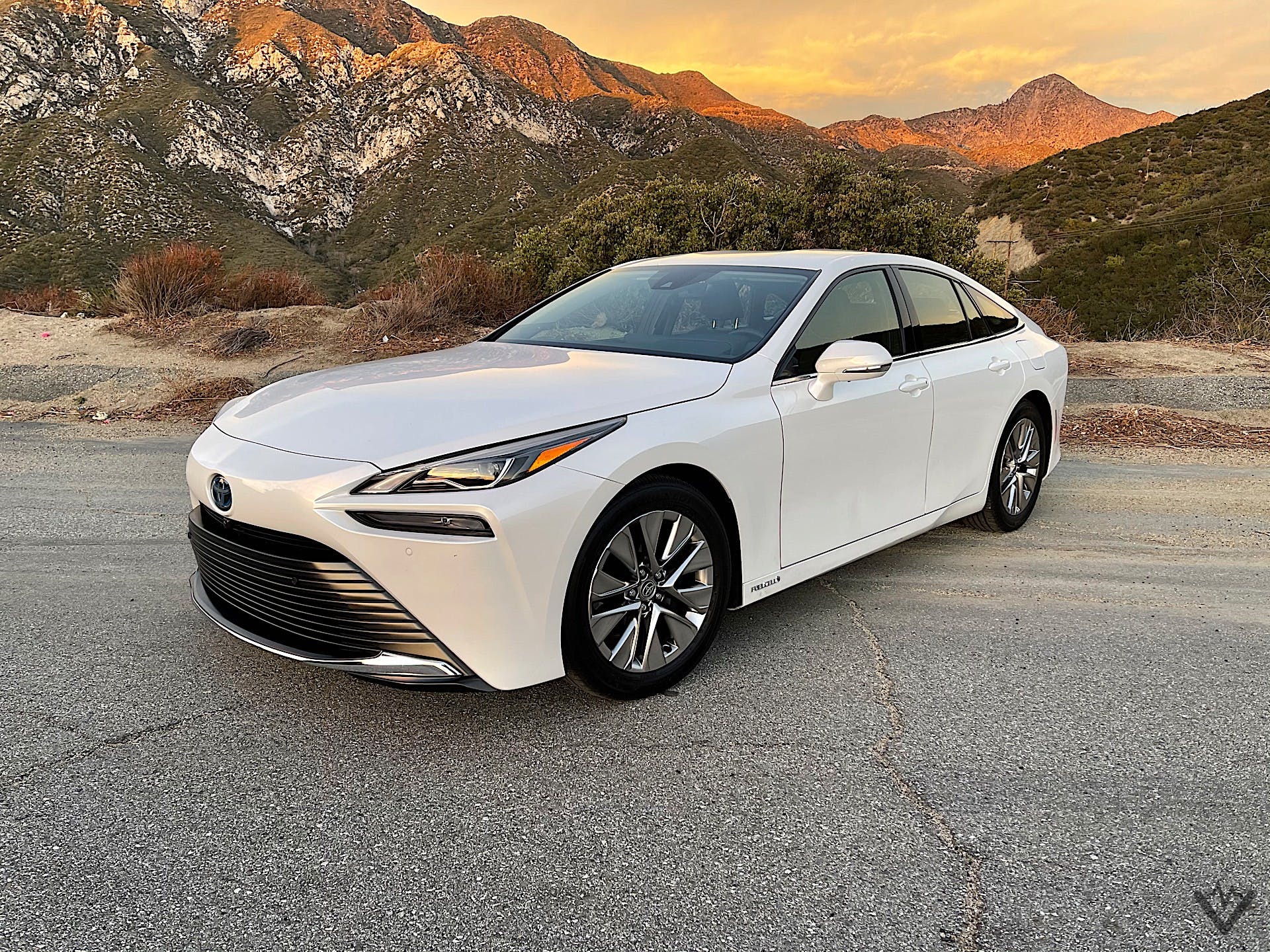 When hydrogen fuel cell vehicles first came into the market, they felt like science experiments that came out of a laboratory complete with dark lord-like noises. Over time, the technology has matured and now FCVs can travel over 300 miles on a tank of hydrogen. Case in point the second-generation 2021 Toyota Mirai. The base XLE model is good for 402 miles according to the EPA while the Limited is rated at 357 miles. Does it work as a daily driver, though? We spent some more time with one to see how viable it is.

Right off the bat, the Mirai’s shared underpinnings with the Lexus LS become apparent. The TNGA-L platform has turned this once robotic-looking four-door into a cushy cruiser. Road imperfections are absorbed promptly, meaning occupants won’t feel the majority of bumps, ruts, and potholes on the road. The Mirai handles surprisingly well for its size too. Communicative steering and minimal body roll give the driver confidence during emergency maneuvers. If there was one complaint about the Mirai’s driving experience, it’d be the wind noise on the highway. The level of sound insulation, while good by mainstream standards, doesn’t turn the car into a vault with four wheels because there’s still noticeable buffeting over the A- and B-pillars.

Overall, the driving experience is pleasant. You get instant response from the electric motors, which makes 182 hp and 221 lb-ft of torque. There’s no waiting for power to arrive when you put your foot down on the accelerator. The Mirai’s over two-ton curb weight keeps things from getting too exciting, though. You have enough for daily use just don’t expect neck-snapping acceleration. Braking performance, on the other hand, is smooth. Transitions between regenerative and mechanical braking are imperceptible; you feel like you’re in a conventional gas-powered car because there’s no jerkiness keeping you from stopping smoothly. Should you need more regenerative braking, tap the electronic shifter into Br mode; however, it won’t bring you to a complete stop.

Inside, the Mirai continues the focus on being a normal car. You don’t have any weird controls save for the Prius-style electronic gear selector. Otherwise, the layout is simple and the build quality is fantastic thanks to high-quality materials on nearly every surface.

Quibbles? There’s not enough small-item storage. Besides the small glove box, wireless charging pad, and shallow center console bin, you don’t get many places to store small items and mobile devices. You get two cup holders but they’re too narrow to hold modern smartphones. The infotainment system is more responsive than previous iterations but the lack of knobs makes it a little finicky to use.

Cabin space takes a hit due to one of the hydrogen tanks positioned in the middle of the car. There are belts for three in the rear but would you want anyone to straddle that giant hump? Keep it to two back there for maximum comfort. The Mirai’s roofline also cuts into headroom and ease of entry/exit, meaning you’ll need to duck low to get in. Taller passengers may also have trouble if they’re not the driver. There’s no height adjustment for the front passenger’s seat, meaning their hair (or head) will brush against the headliner just like in the back. Cargo space is small, too, because another hydrogen tank is behind the rear seats. That leaves you with only a 9.6-cubic-foot trunk and no split-folding seat backs.

During our time with the Mirai, it proved practical enough to get most daily errands done and shuttle four people on occasion. For your weekly grocery shopping, there’s enough room to work with. If you’re the type that loves to go on impromptu shopping sprees at Costco or IKEA, get a RAV4 or a Highlander because the fuel cell powertrain’s components take up a lot of space.

Toyota is proud of the fact that they were one of the first to make a suite of driver assistance features standard on most of their models. The latest version, called Toyota Safety Sense 2.5+ (TSS 2.5+), works without bringing attention to itself and isn’t so conservatively calibrated. This iteration adds front automatic emergency braking capability at junctions while the rest of the systems included are similar to the 2.0 version. Lane-keeping and centering work best with adaptive cruise control because it provides additional steering assist. That means the car can help you steer on well-marked roads, taking some stress off during your commute. Adaptive cruise control no longer leaves an excessive amount of space between you and the vehicle even in its closest setting, preventing others from cutting you off.

When you combine the sum of its parts, the 2021 Toyota Mirai is surprisingly livable. You get a quiet cabin, a comfortable ride, and up to 402 miles of range on a full tank of hydrogen. However, you must be fine with the small trunk and lack of small-item storage. Those are minor complaints, though, compared to the elephant in the room: the lack of hydrogen fueling stations. In Los Angeles, most stations are scattered and it may be five to 10 miles to the nearest one. Unfortunately, this isn’t in Toyota’s control but the automaker is working hard to push for the opening of new stations and expand the infrastructure for FCVs. For those of you who can make the Mirai’s compromises work this svelte sedan is a fantastic daily driver brimming with cool factor and rarity.