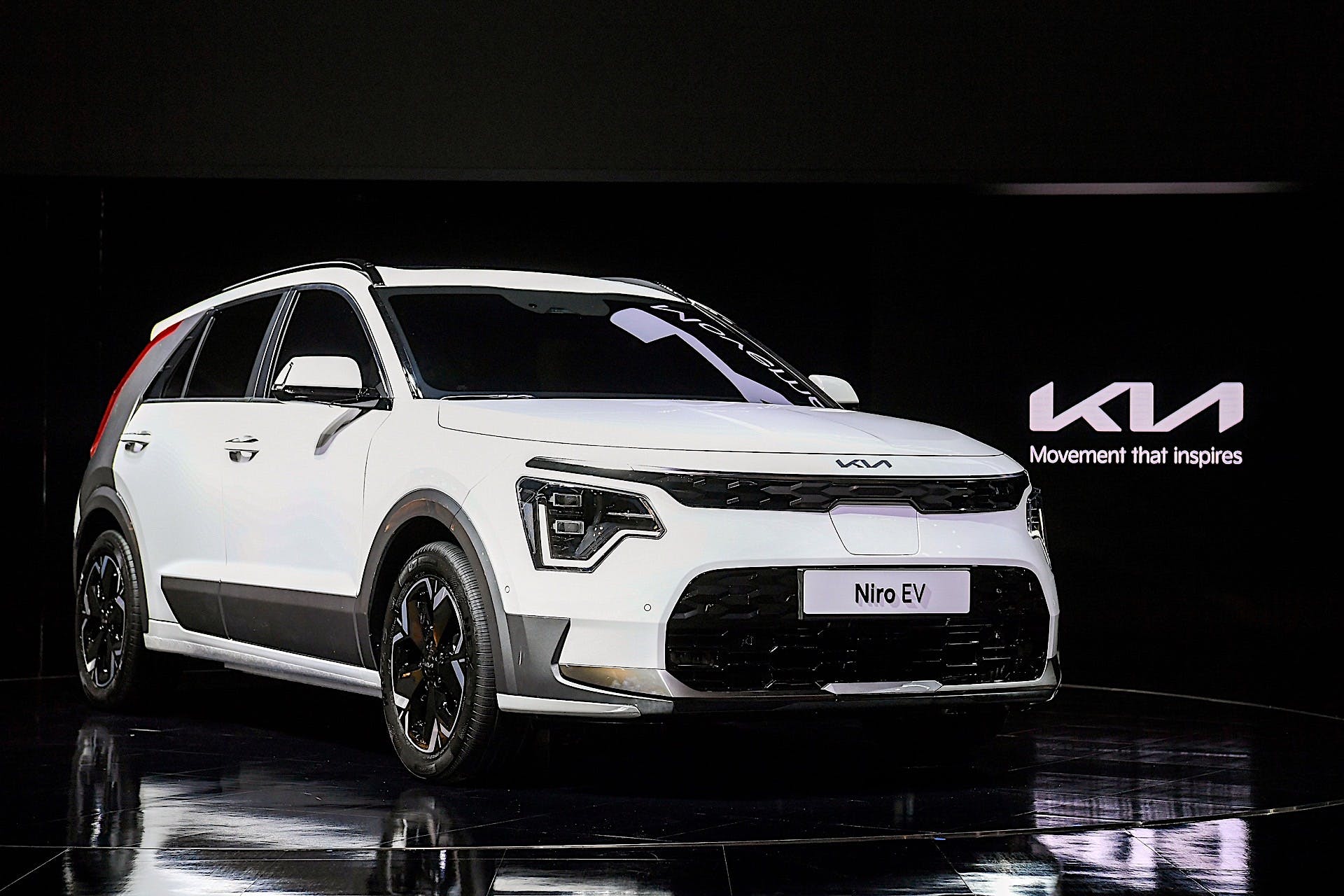 The second generation of Kia’s dedicated eco-minded crossover will finally make its North American debut at the 2022 New York auto show. Already on sale in Korea, the 2023 Kia Niro crosses the Pacific in three versions: hybrid, plug-in hybrid, and battery-electric. It forms part of Kia’s Plan S electrification strategy, which includes vehicles like the Sorento Hybrid and PHEV, Sportage Hybrid and PHEV, and the sexy EV6.

Specifications for the U.S.-spec 2023 Kia Niro family will likely mirror that of the versions found in Europe and Korea. That means the standard hybrid will get a 1.6-liter four-cylinder coupled to a 60-hp electric motor, a small lithium-ion battery, and a six-speed dual-clutch automatic transmission. Although output stays at 139 hp, which is the same as the outgoing model, this version has received many updates for improved performance and efficiency.

If you’re looking for more power and the ability to drive exclusively in all-electric mode for a short time, the Niro PHEV has your name on it. It takes the same engine and transmission but swaps the electric motor for an 80-hp unit and the small battery for a bigger 11.1-kWh pack. That increases the combined output to 183 hp. The larger battery should also result in a longer all-electric range and could easily break past 30 miles. A 7.2-kW onboard charger could also be included in the Niro PHEV.

Finally, the Niro EV returns as the all-electric variant and remains the most powerful. Its single electric motor puts 201 hp and 188 lb-ft down through the front wheels, the latter of which is down 103 lb-ft. The crossover uses a 64.8-kWh battery mounted under the passenger cabin. Using a DC charger, the Niro EV can go from 10 to 80 percent in 43 minutes, which is a hint that its peak charging speed hasn’t increased past 150 kW. In the optimistic WLTP cycle, it’s rated for 287 miles. Expect a lower rating from the EPA. The Niro EV could also get a quicker 11 kW onboard charger to shorten its charging times at home.

The Niro will be the second vehicle on the Hyundai Kia K3 platform that was first used on the Hyundai Elantra. It’s one of three architectures used by the Hyundai Motor Group brands that was developed from the ground up to accommodate all types of electrified powertrains. The next-generation Hyundai Kona and Kia K3 are going to share the same K3 platform with the former getting AWD as an option.

Although most of the changes under the skin are likely major refinements, the Niro’s exterior styling has gone from anonymous to outright daring. It features contrasting side blades a la Audi R8. The crossover split headlights and vertical taillights reminiscent of the HabaNiro Concept. On more expensive versions, you’ll be able to get two 10.25-inch displays housed under a single glass panel, making the interior look similar to the EV6.

The 2023 Kia Niro is the latest in a full range of electrified vehicles that includes hybrids, plug-in hybrids, and battery-electric models. Several new models are coming including the EV4, EV7, and the EV9. Kia previewed the latter, a three-row crossover, as a thinly veiled concept at the 2021 Los Angeles auto show. On the hybrid front, the Seltos is earmarked to be getting the same powertrain from the standard Niro as part of its mid-cycle refresh. That version could get AWD since the Niro will remain FWD only.

Written by Stefan Ogbac
Follow Author
RELATED ARTICLES
2022 Kia EV6 owners to get 1 megawatt-hour of free charging at Electrify America for three years
2022 Kia EV6 First Edition sold out the day the preorder banks opened
2022 Kia EV6 revealed, showing off the new design direction for the company
Why you need a screen protector for the Tesla Model Y touchscreen
RELATED ARTICLES
JOIN THE EV PULSE NEWSLETTER
Receive weekly updates on each of our electrifying articles.