Toyota’s Woven City breaks ground, promises to be a model for future technology incubation and development 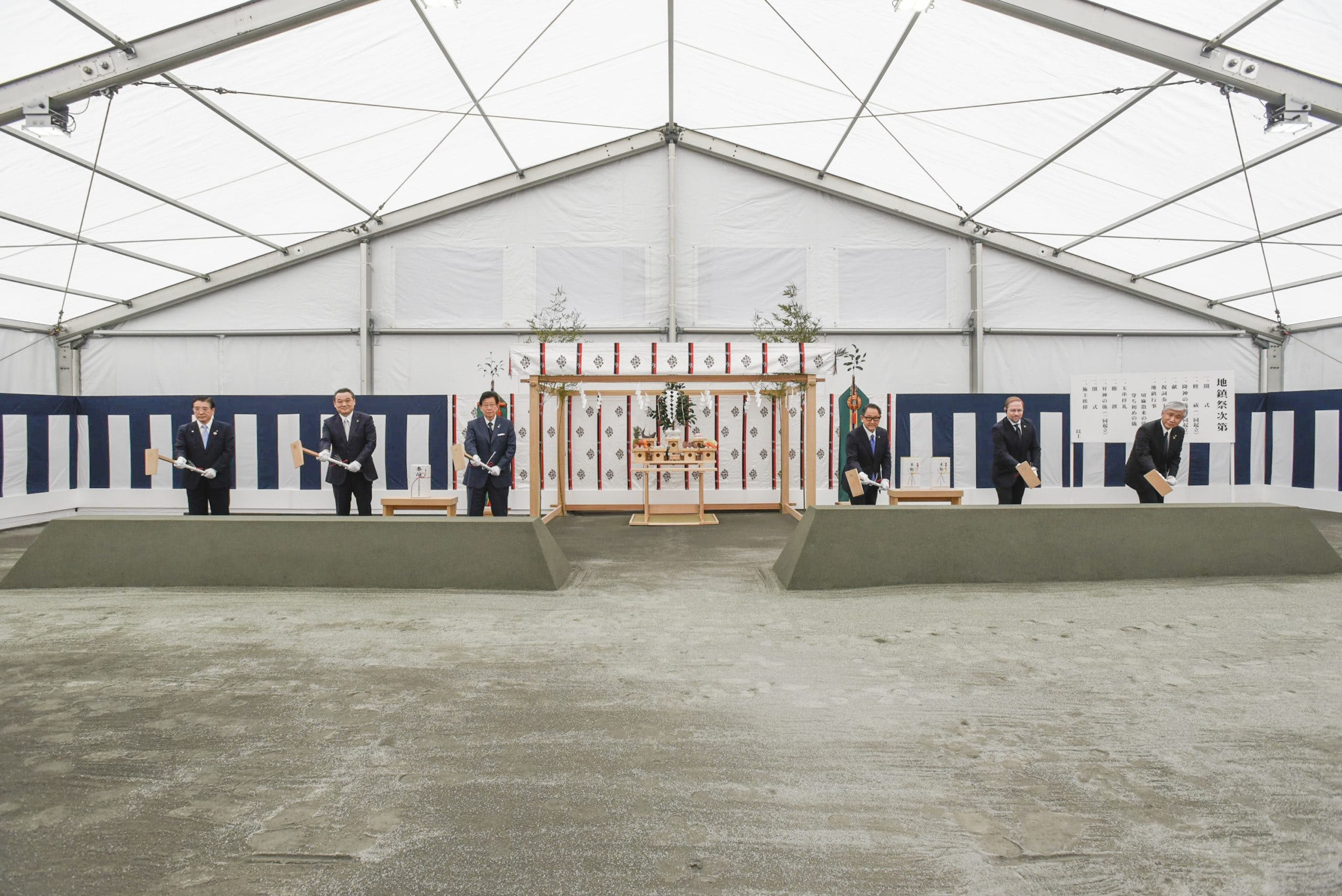 In the U.S., business incubators generally consist of one building, perhaps a single office, even. Ground has broken on a new type of incubator, one that encapsulates 175 acres of ground at the base of Mt. Fuji in Japan.

Woven City is the brainchild of Toyota Motor Corporation. It is designed to become a live-work-play development that runs exclusively on hydrogen fuel cells. Toyota is bullish on fuel cell technology, as is Hyundai. Both companies view battery electric vehicles (BEV) as a steppingstone to future widespread adoption of fuel cell electric vehicles (FCEV). Toyota is already rolling out the technology in large, commercial trucks in the U.S. and abroad.

The Japan site will be a living laboratory for full-time residents and researchers. Unlike other scientific ecological and lifestyle experiments like Biospehere 2, Woven City will not be enclosed nor secluded from the real world. According to Toyota, it will demonstrate a “human-center approach to community development.”

The city, which is “built for happiness,” will be constructed on the site of the former Higashi-Fuji Plant. That facility closed at the end of December 2020, and the Toyota Porte and Spade were discontinued, to make room for the new project. The Higashi-Fuji Technical Center, which features vehicle safety research facilities, will remain open at the site.

“Building a complete city from the ground up, even on a small scale like this, is a unique opportunity to develop future technologies, including a digital operating system for the city’s infrastructure,” said Akio Toyoda, president, Toyota Motor Corporation. “With people, buildings and vehicles all connected and communicating with each other through data and sensors, we will be able to test connected AI technology — in both the virtual and the physical realms — maximizing its potential.”

Woven City will feature autonomous, personal mobility, smart home, and artificial intelligence technologies working together, in continuous test mode. Toyota is opening the city up to commercial and academic partners as well as scientists and researchers from around the world to will study the way different types of nouveau and budding technology interacts with humans.

In a speech at CES in 2020, Toyota described the city as being similar to Mcity, a University of Michigan campus-based proving ground for testing “the performance and safety of connected and automated vehicles and technologies under controlled and realistic conditions.” The Mcity initiative was the world’s first purpose-built site of its kind when it opened in 2015. It is located near the college’s North Campus just outside downtown Ann Arbor, Michigan.

BIG has designed the space to feature three type of streets: faster transportation (with only zero-emission autonomous vehicles), an urban promenade (pedestrians and slower personal mobility devices), and linear park (paths for pedestrians only). These three types serve as fertile testing ground for numerous types of autonomous technology. Testing will be done at speed and at scale, an advantage to having its location on private land.

The entire space, a woven grid of 3×3 city blocks surrounding a courtyard is planned to be sustainable. The buildings are mostly made of wood, which the company says is in an effort to minimize the carbon footprint of Woven City. Rooftops will be covered in photovoltaic panels, which will generation solar power to supplement the hydrogen fuel cells. Native vegetation and hydroponics will also be features.

Below ground, a delivery system will ensure goods are moved around using a system that links buildings together. The Toyota e-Palette will play a large role in the city’s developing. It will be used for deliveries as well as for mobile retail. Toyota is set to run e-Palette vehicles to support athlete movement at the Tokyo Olympics.

Move-in is still quite some time off. A groundbreaking for the site occurred on February 23, 2021 and construction officially began.

“For an architect, you would like to find yourself involved in meaningful projects that make a difference,” said Ingels in a video that was filmed to celebrate the groundbreaking of Woven City. “This was not just, ‘We have some land available because we’re moving some factories around. What should we do with it?’ No, no. It was much more deeply rooted with the vision of what type of company Toyota is and what type of a company Toyota can become.”

The exciting part about Woven City, according to Diasuke Toyoda, the SVP of Woven Planet Holdings and the heir-apparent to his father Akio, is that the experiment could lead to the acceleration of new products, “and not just for Toyota.” This includes technologies that not just work, but are tech solutions that people want and enjoy — perhaps a novel concept for anyone driving a car who has had to switch off the safety tech because it became too annoying.

Technology evolutions are expensive and having partners to help with the heavy lifting makes sense. Ford Motor Company (NYSE: F) alone is planning to invest $29 billion in electric and autonomous vehicles through 2025. The company recently announced a six-year partnership with Google to accelerate advanced vehicle innovation and data-driven opportunities. Daimler is working to transform its business for the future, spending more than €70 billion ($84.53 billion USD) in research and development and in property, plants, and equipment from 2021 to 2025.