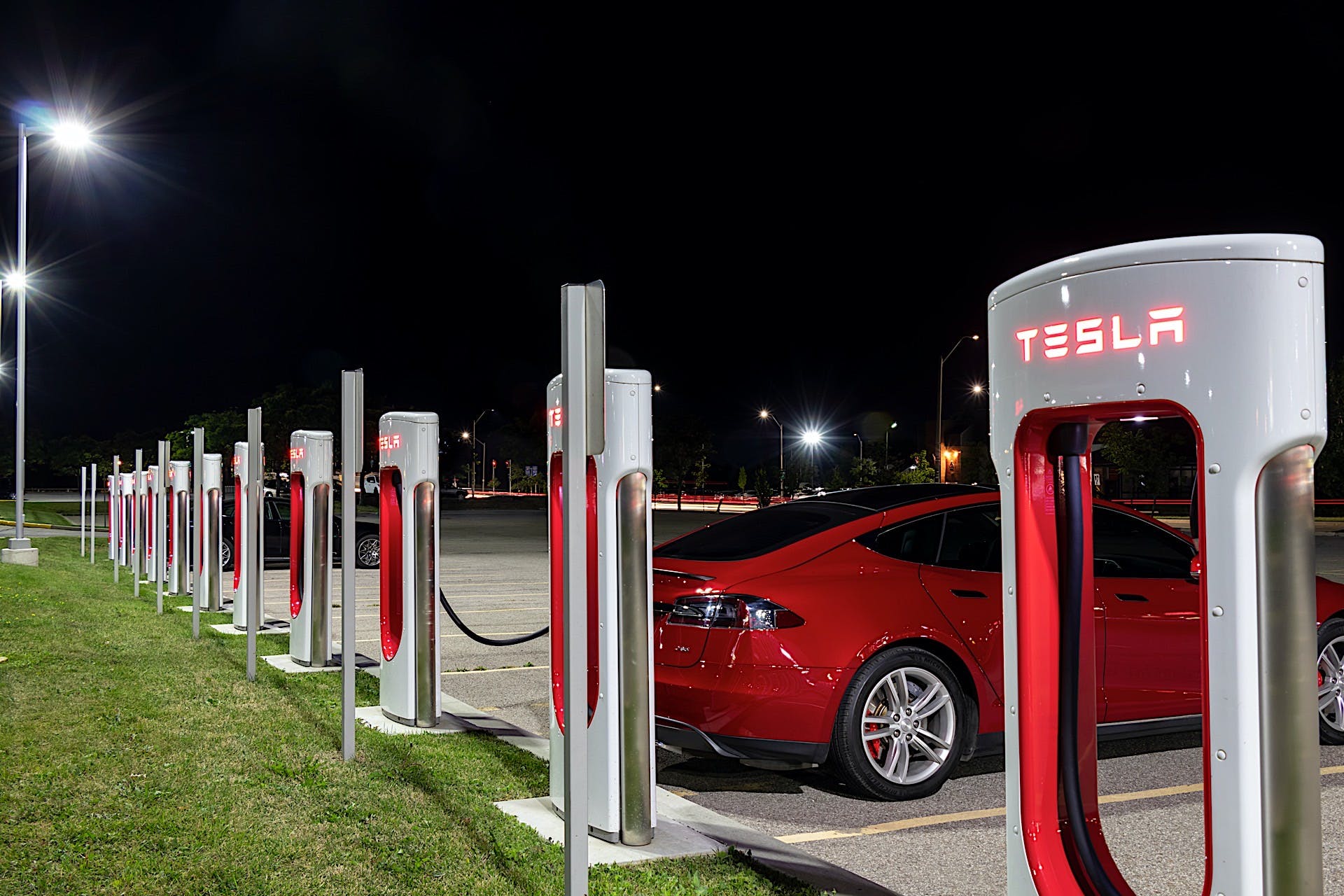 Whether you’re a fan of Tesla or not, its expansive Supercharger network sets the company apart in the world of all-electric vehicle ownership. Its profound infrastructure investment gives customers the ability to confidently road trip without worrying about where they’ll stop next. This week, the company announced another significant milestone in its march toward progress.

Tesla now has 20,000 Supercharger plugs installed at more than 2,000 separate stations worldwide – nearly doubling the number it had just 20 months ago. Supercharger stations can deliver speeds of up to 250 kW at its V3 stations. According to the company’s website, a Model 3 Long Range can recoup 75 miles of range in approximately 5 minutes at its ultra-fast stations.

With close to 140,000 sales last quarter alone, customers new and old are undoubtedly relieved to hear additional stations are always opening. Supercharger stations are sprinkled approximately every 75-100 miles apart on most of the major freeways. In the U.S., Europe and China connecting the most populated regions. Larger gaps are constantly narrowing with new stations coming online regularly.

To outsiders Tesla’s Supercharger network may come across as incredibly snobby. Can you imagine a network of Ford-only gas stations across the country? It sounds absurd. But once you’ve used the route guidance software and charging stations, it all comes together. Having a trustworthy network of charging stations available sets Tesla apart from the competition and gives it a massive leg-up on the rest of the industry. In fact, the Supercharger network may be Tesla’s most significant competitive advantage.

Tesla will maintain this advantage until the rest of the industry comes together to develop something equally compelling. Until then, we simply cannot recommend a long-distance road trip in any EV unless it’s got the iconic “T” on its hood.