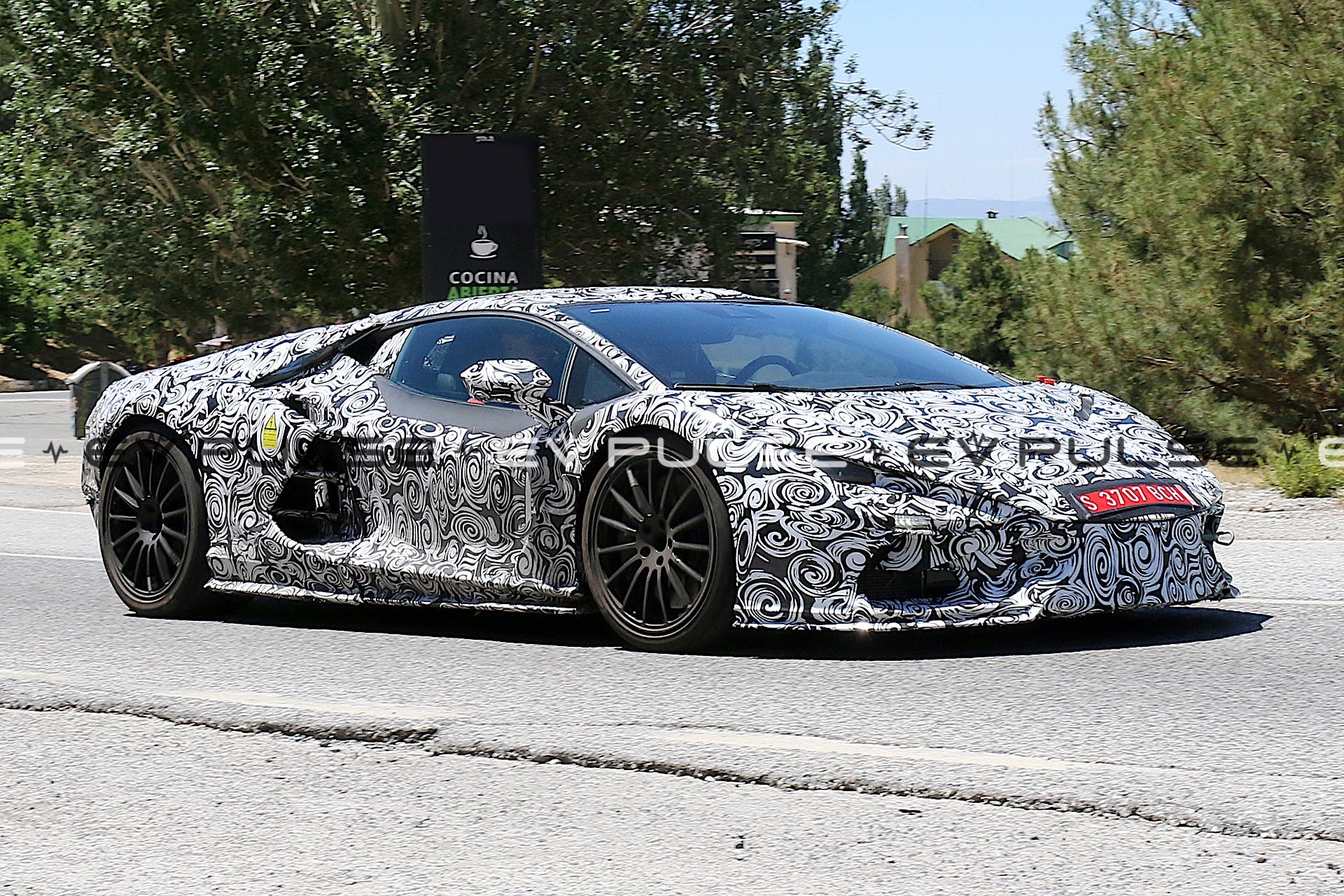 We know that the currently Lamborghini Aventador will be the last Lamborghini powered exclusively by a V12 engine. But the “exclusively by” is the key word there, because the replacement will likely also be a V12, with the help of a plug-in hybrid system.

For exotic cars, going plug-in is a must. As cities ban the use of gasoline and diesel engines within city centers, these manufacturers are going to have to have a way for their cars to be legal while still delivering on the excitement they are known for.

A plug-in hybrid makes the most sense as a gateway platform for automakers like Lamborghini. Go blast through the Alps, V12 wailing, but then drive on electricity only through the streets of Geneva.

That’s why what you’re looking at here has the yellow electric regulatory stickers on this Aventador replacement prototype. It’s a plug-in hybrid. A PHEV Lamborghini.

It looks like the replacement to the Aventador will still have crazy styling, with large intakes feeding the V12 engine. The rest of the car looks solidly Aventador to our eyes, so there might be some changes yet before the car is officially revealed.

The current, and outgoing, Aventador makes 780 hp and 530 lb-ft of torque from a 6.5-liter V12. A hybrid boost will likely push that well into the 800 horsepower range.

Check out the gallery below and let us know what you think about this new electric bull. Expect it to be revealed sometime next year as a 2023 model.

Written by Chad Kirchner
Follow Author
RELATED ARTICLES
First electrified Lamborghini due next year: Report
Reborn Lamborghini Countach LPI 800-4 is an electrifying tribute to the original
Lamborghini going only hybrid from 2024, first BEV second half of decade
For Science: Fuel consumption of the 7.2 kW Pro Power Onboard generator in the 2021 Ford F-150 hybrid
RELATED ARTICLES
JOIN THE EV PULSE NEWSLETTER
Receive weekly updates on each of our electrifying articles.