Rolls-Royce’s first EV is due out this decade 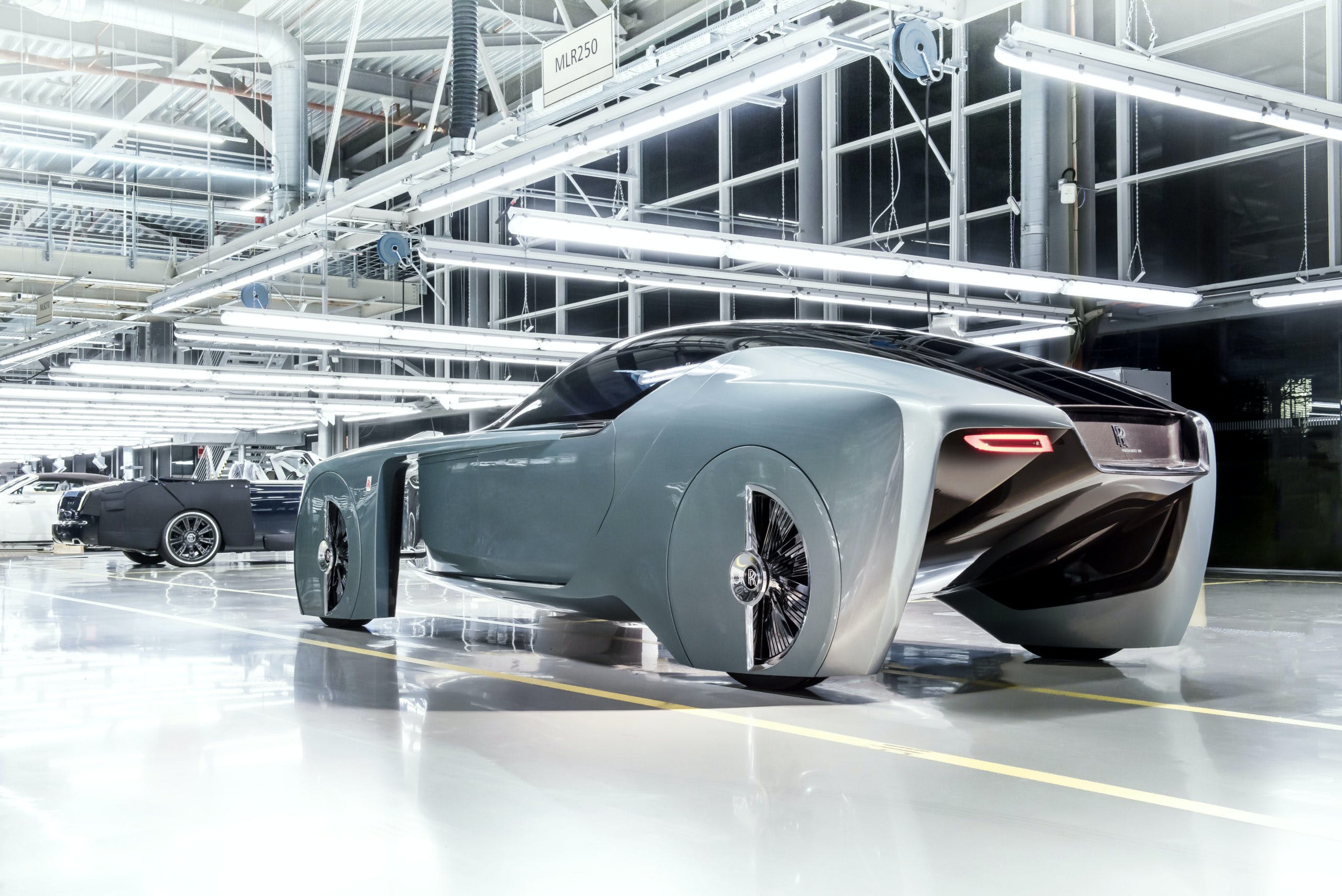 Rolls-Royce has announced that it will launch its first battery-electric vehicle sometime between 2020 and 2030. However, the company will only do so when it deems the time is right because it wants to make sure that the vehicle will fulfill the brand ethos. Additionally, Rolls-Royce also wants to make sure that its first EV meets its requirements for performance and aesthetics.

In 2011, the Phantom EE (code-named 102EX) previewed Rolls-Royce’s move toward full electrification. It was a road-legal all-electric Phantom that became a test bed for VIPs, clients, media, and enthusiasts so that Rolls-Royce could get more feedback to give to engineers and designers. The 6.75-liter V12 was swapped out for two electric drive motors and a lithium-ion battery. In total, the Phantom EE makes 389 hp and 590 lb-ft of torque. Unfortunately, its range was limited and the battery life and long charging times made the Phantom EE less viable.

The next time Rolls-Royce previewed an EV was in 2016 as a part of its parent company, BMW Group’s, larger showcase of its future direction. Called the Vision NEXT 100 Concept (code-named 103EX), this show car was built on a brand-specific lightweight platform for electric vehicles and powered by a proprietary all-electric powertrain. That concept car was also completely autonomous but wasn’t meant to go into production.

With the advent of electrification, Rolls-Royce looks back in its history when one of its founders Sir Henry Royce started experimenting with electric propulsion for his vehicles. However, due to limited range and lack of charging infrastructure, Royce moved to the internal combustion engine. The Honorable Charles Rolls, the other co-founder of Rolls-Royce owned one electric vehicle, a Columbia Electric Carriage that was imported to the United Kingdom by Paris Singer and sold as a city car.

“The electric car is perfectly noiseless and clean,” said Rolls in a 1900 interview with The Motor-Car Journal. “There is no smell or vibration, and they should become very useful when fixed charging stations can be arranged. But for now, I do not anticipate that they will be very serviceable — at least for many years to come.” Rolls eventually added a charger in 1904 at his car showroom on Lillie Road in Fulham, U.K. They were used mainly by privately owned and rentable Broughams that were popular in London during that time.

Several key individuals were influential in helping bring the Rolls-Royce brand to life as they brought the two co-founders together. One individual, E.A. Claremont was a member of the Institute of Electrical Engineers. Henry Edmunds was an avid motor car enthusiast who happened to be friends with Thomas Edison and Joseph Swan, the inventor of the light bulb. Edmunds was also a pioneer of electric lighting and was influential in convincing the engineer in charge of London’s City and Southwick Railway to operate electric trains instead of steam-powered ones. Claude Johnson eventually became the Managing Director of Rolls-Royce but originally worked at Paris Singer’s City and Suburban Electric Carriage company before it was absorbed by the former.

On Sept. 29, Rolls-Royce will reveal the next step in its move toward electrification. It hasn’t expanded on what it will be but we know that the brand will skip plug-in hybrids in favor of a full battery-electric vehicle. We suspect Rolls-Royce will show another show car or a thinly veiled iteration of its first production EV, which will likely be based on the Cullinan or Phantom.