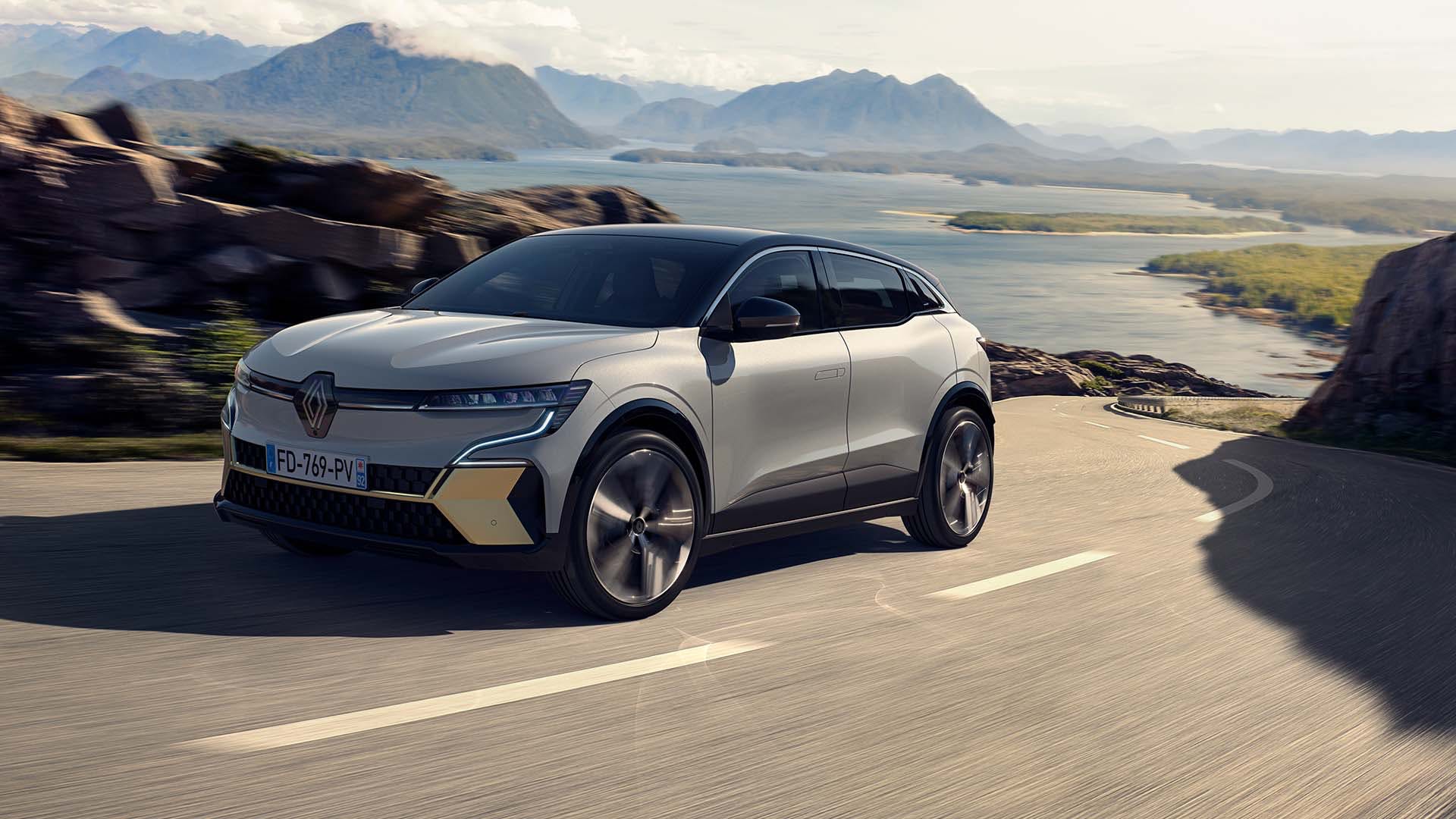 There is a new Renault Mégane in town, and this time it’s all electric. These are exciting times for the quirky French automaker, because the Mégane has typically been one of the brand’s bestselling models. To replace that model with an electric-only version takes dynamisme as the Frenchies say. Renault’s new CMF-EV platform underpins the Mégane, bringing some new and interesting tech to the world of electric transportation.

“What this vehicle conveys is emotion, we have created it as the GTI of electric vehicles.” said Luca de Meo, CEO of the Renault Group. If Renault have truly created the electric GTI, then it will surely be quite impressive to drive.

Renault have been building the Mégane for 26 years across four generations, and this new all-electric model carries on the compact hatch lineage into a new era. This fifth-generation Mégane looks a bit taller and more squat than models in the past, but is quite clearly aimed at the same segment of the market as something like Volkswagen’s ID.3/ID.4. It’s been made a bit more CUV-like, but it still has the French design traits you’d expect from a Mégane.

With electric propulsion, Renault has managed to push and pull the Mégane layout to provide more interior space in a smaller footprint. The wheels have been pushed to the outer corners of the car with an extended wheelbase and shorter overhangs than the model it replaces. Renault claims the battery stack is the thinnest ever produced at 110 mm (4.3 inches), allowing for a lower floor and more leg room while lowering the center of gravity further.

Where some manufacturers have already started reducing the size of their center stack screens, Renault claims the new Mégane has the biggest screen of them all. The “OpenR” single screen combines the gauge cluster and center stack into one big unit. Powered by Android Automotive OS, the interactivity of the car is claimed to be simple and intuitive. Unlike some manufacturers, the Renault screen is said to be navigated exactly like a tablet with short tap, long tap, scroll, pinch, zoom, and voice commands.

Renault’s compact has always been focused on an ability to provide unparalleled steering feel and agility. The new Meg is imbued with the same level of maneuverability and driving enjoyment as previous models. With a new multi-link rear axle suspension system, the Mégane is ready with the traction necessary to propel the electric machine forward. If it’s as good as the company says (which seems unlikely) we could have a winner on our hands with this one.

Developed jointly with Nissan, this new car features a brand-new motor. Nissan-branded versions will be built in Japan, while Renault will build the motors in the Cléon factory in France. The “electrically excited synchronous motor” is said to be as efficient and powerful as a similarly-sized permanent magnet motor, but doesn’t require rare earth metals! The new motor is also super compact and lightweight, tipping the scales at just 319 pounds, which is 10 percent lighter than the motor found in Renault’s current ZOE.

The motor will come in two different outputs. The more exciting of the two features 160 kW and 221 lb-ft of torque, while the more efficient model will get 96 kW/184 lb-ft. Renault says it has toned down the “jolting” effect of an electric motor, delivering smooth and tractable power with a 0-62 mph time of just 7.4 seconds. That’s not going to set the world on fire, but it’s pretty OK for a compact hatch. Surely a Renault Sport version is on the horizon which will be much quicker. The new lightweight battery uses a new LG-designed Nickel/Manganese/Cobalt lithium ion chemistry, and even water cooled manages to be both more powerful and more compact than the passively-coooled battery stack in the ZOE.

Mégane buyers will have a choice of 40 kWh batteries and 60 kWh batteries, providing 186 miles and 292 miles of range respectively on the WLTP cycle. Not bad! Says Renault, “With these technologies, a journey between Paris and Lyon, Paris and La Rochelle, Hannover and Copenhagen or Munich and Venice only requires a single short charging stop of 30 min, with an optimized consumption of only 12,8 kWh/100 km.”

When optioned correctly, the Mégane can charge on DC fast infrastructure with a CCS socket up to 130 kW, charging around 190 miles of range in 30 minutes.

There’s no word yet on pricing, but the Mégane is available in three different trim levels; Equilibre, Techno, and Iconic. Depending on your needs, the Mégane is available in four different drivetrain layouts offering wildly different charging speeds. The cheapest version will be the EV40 130hp Standard Charge, which only charges on 7 kW AC, while the EV40 130hp Boost Charge adds a 22 kW level 2 onboard charger. EV60 220hp Super Charge offers 7 kW AC and DC 130 kW, while the EV60 220hp Optimum Charge brings all three levels of charging to the same car. Commercial versions of the car pair the 60 kWh battery with the 130 horsepower motor in Super Charge and Optimum Charge versions.

Leave it to the French to make something so complicated. It’s a very interesting car that will surely help to electrify Europe in quick fashion. It doesn’t seem likely we’ll get this car here in the U.S. market, but most of this tech should be delivered in a future compact Nissan model. Perhaps this is the third-generation Leaf before we’re supposed to see it?

Written by Bradley Brownell
Follow Author
RELATED ARTICLES
Good news! Dacia has a new concept and it’s planning on making new EVs and hybrids
Renault’s Le Car, the Renault 5, is re-imagined as an EV as part of Renault’s shift to a clean energy brand
Dacia Spring Electric is the most affordable EV in Europe
2022 Jaguar I-Pace gets faster charging capability, OTA updates, new infotainment
RELATED ARTICLES
JOIN THE EV PULSE NEWSLETTER
Receive weekly updates on each of our electrifying articles.