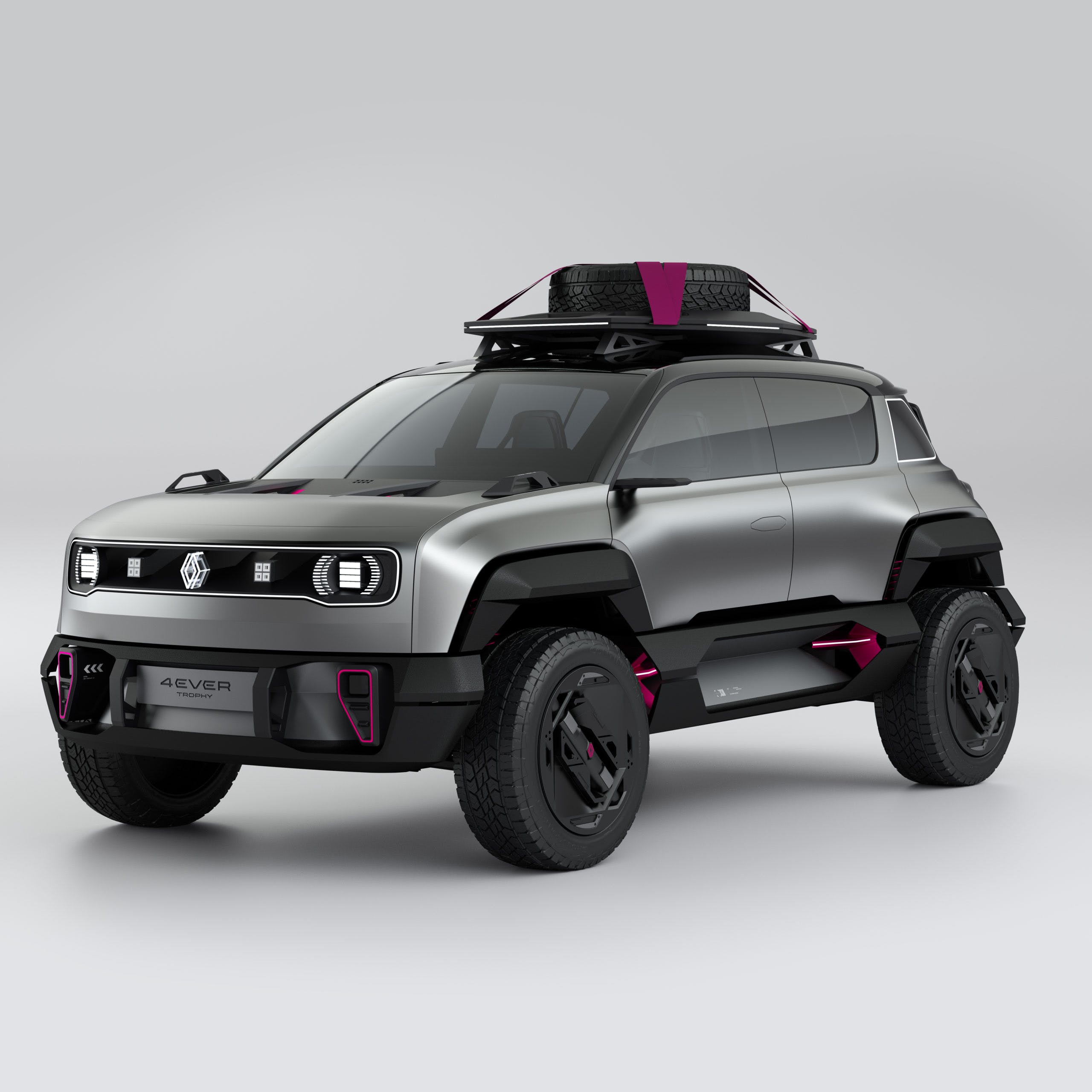 Back after a long hiatus, the Paris Motor Show is full of new and exciting EVs. Renault took the opportunity to debut a concept of its popular Renault 4. Called the 4EVER Trophy, it’s the company’s take on an electric trophy truck that also celebrates the 25th anniversary of the 4L Trophy humanitarian rally.

Just look at how cute it is!

The retro cues of the 4EVER Trophy throw back to its ancestor, with a prominent bumper, hood, and angled rear section.

Trapezoidal rear side windows with rounded corners sit about the taut wheel arches.

There are no side markers or side lightning on the front fenders. The wing mirrors are even trapezoidal and quite thin to help with aerodynamics.

“Renault 4 is a myth. And myths never die! R4 is a car that everyone can love, and today we want to rediscover this universal dimension through a modern and electric reinterpretation,” said Luca de Mel, CEO of Renault S.A.

Storage for Maxtrax recovery gear exists on the rear glass, and roof mounted spare tire allows for easy access if a flat occurs in the desert.

Matrix LED headlights, similar in design to the square pixels used on the Hyundai Ioniq 5, help see in the dark. Rear lights also have a stacked pixel design.

Renault is mum on power and performance, but the company does call it a “lightweight off-roader.” Batteries aren’t light, but in a world where the Hummer EV exists it probably is pretty light.

This concept won’t see the light of day, unfortunately, but does pave the way for an upcoming B segment SUV. That future vehicle will be built at Renault’s ElectriCity hub in northern France.

We dig the purple accents and the butch retro design. It’s a shame Renault won’t build a production version, but it’s not that much of a shame because the company wouldn’t sell it in the United States anyway.