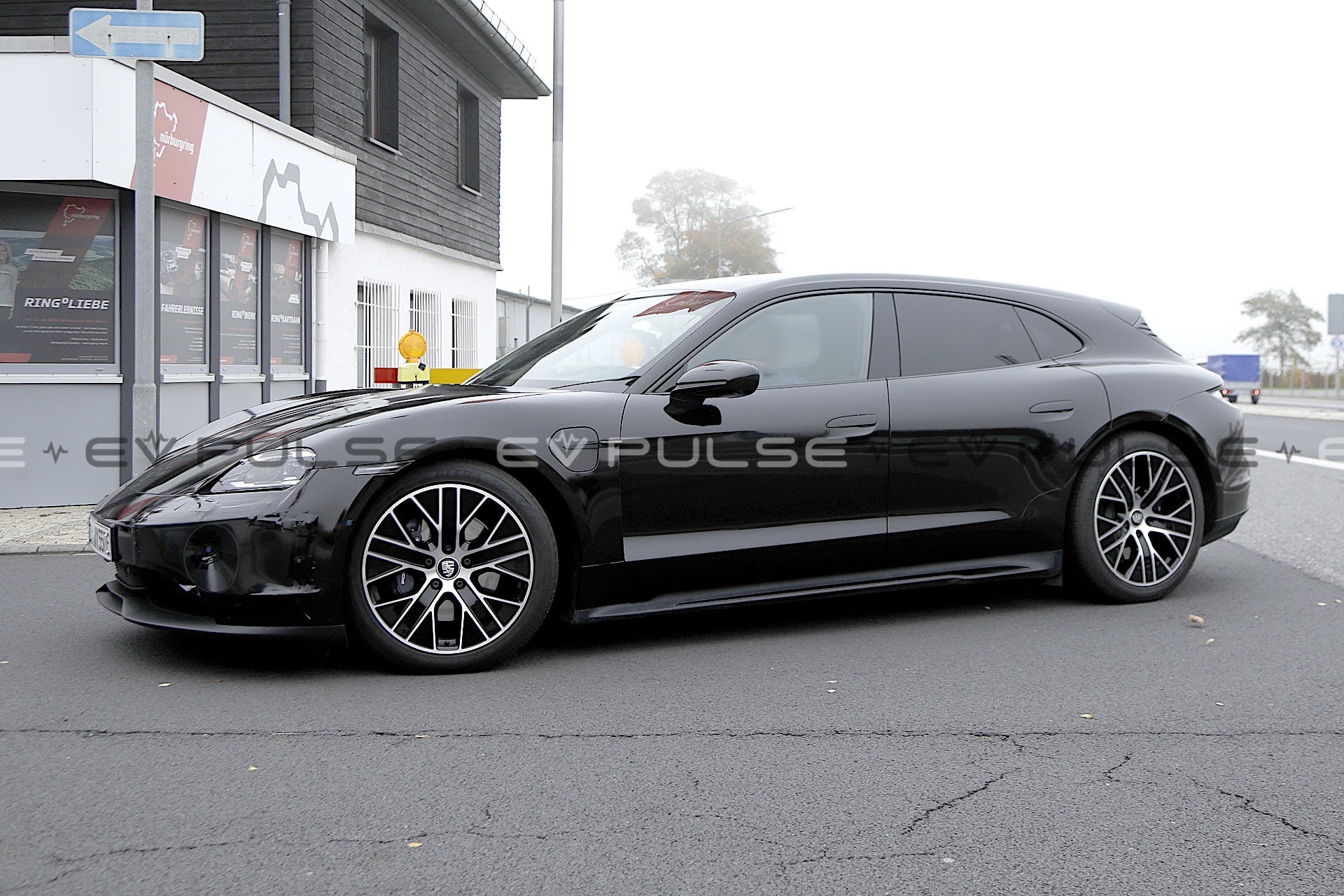 As an automaker, Porsche does many things well, but it’s hardly known for dramatically changing the appearance of its models — even across generations. The 911 of today is still heavily influenced by the original and you don’t have to be an expert on cars to see that. Even the more pedestrian Cayenne and Macan models have received relatively insignificant changes over the years when it comes to their styling, especially when you compare it to other automakers that overhaul their vehicles generation to generation.

If anything, Porsche has perfected the art of refining its vehicles over the years, and it appears the Taycan is next on the list to receive that treatment. Spy photographers recently caught a prototype of the Taycan Sport Turismo testing on the streets with what appears to be a minor facelift. The Taycan sedan originally arrived as a 2020 model year, before the Cross Turismo variant joined the lineup a year later, and the Sport Turismo in 2022. Based on history, we expect to see the updated Taycan to arrive as a 2024 model year.

The changes will be considered a mid-cycle refresh for Porsche, so expect to see minor changes to go along with the subtle changes to the EV’s styling. Changes to the front headlights are obvious on the prototype, along with a tweaked front bumper that is wearing some camouflage. It doesn’t appear that the rear end will get anything significant, although it may just be too early to tell.

The spy photographers did note that the interior was completely void of camouflage, which suggests that there won’t be any changes to the interior. But again, these are early prototypes so nothing is set in stone just yet. All we can tell from these photos is that Porsche is working on giving the Taycan a facelift and that the changes are unsurprisingly minor.

We’re more interested to see if Porsche is planning any changes to the powertrain, or extending the range of the Taycan for its mid-cycle refresh. Nearly every 2023 model did get an increase in range, with the Taycan Turbo Cross Turismo benefiting the most, going from 204 miles to 233 miles. It’s one of our favorite BEVs ever tested and that’s been documented several times over on this site. What we do know is that Porsche is currently working on an even faster Taycan, which our spy photographers also recently caught on camera.