Spied: A faster Porsche Taycan is on the way 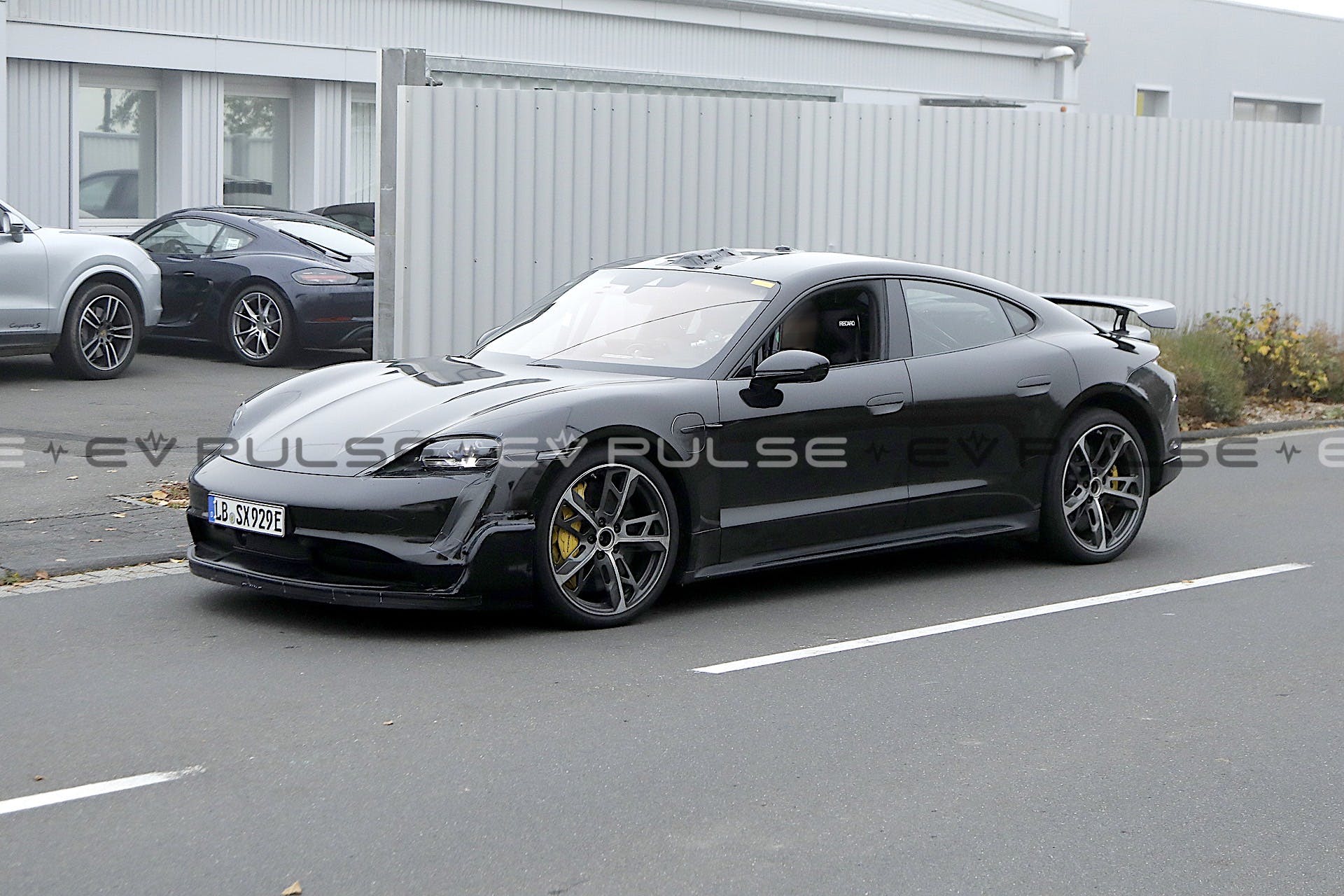 We’re pretty big fans of Porsche’s Taycan here. It’s easy to understand why. It delivers on range, charging, and tech features while retaining the power and performance you expect from a modern Porsche. But as of this point, there hasn’t been much movement from the brand’s GT team.

It looks like that ends today. Spy photographers recently caught an updated Taycan, with a fixed rear wing, doing laps at the famous Nürburgring circuit in Germany.

What we expect might be called the Taycan Turbo GT has a new front bumper with a much more aggressive splitter to help with downforce. The before mentioned rear wing also helps keep the body planted to the tarmac at racing speed.

We also don’t expect this to be some body work and a software update of the Taycan Turbo S. Oh no, we’re expecting Porsche’s first attempt at a tri-motor setup to help deliver 1000 hp to all four wheels and a 0-60 mph time in the low 2 second range.

If that sounds like Tesla Model S Plaid territory, you’d be correct. The Weissach engineered beast will be more than a one-trick pony, though. All Taycans handle exceptionally well for heavier electric vehicles, and we expect the Taycan Turbo GT to do the same.

Weissach also likes removing weight from vehicles to improve performance, and it’ll be very interesting to see how the R & arm of Porsche changes the Taycan in that department. We’re not expecting 911 GT3 RS handling, but Porsche has been known to work wonders.

To also address the Model S Plaid, the Taycan Turbo GT might be capable of a 200+ mph top speed. The two-speed PDK transmission that already exists in Taycan should help make that possible.

While some of the bodywork is still covered in cladding, we might see this car debut sooner than later. At least we hope. Maybe at the 2022 LA Auto Show? We’ll just have to wait and see.