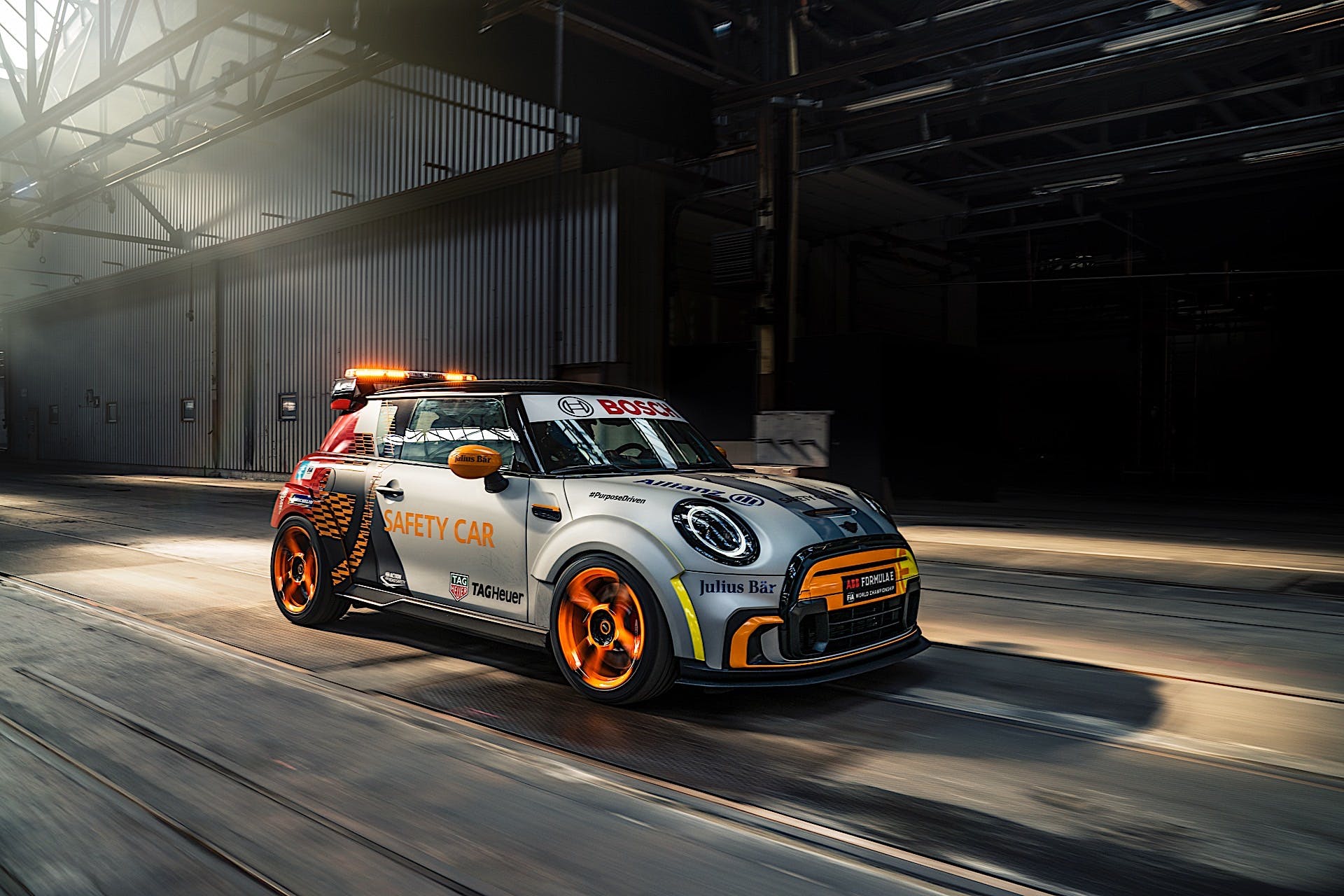 We’re pretty big fans of the Mini Cooper S E electric here, but it’s safe to say that it isn’t “motor sports ready.” So Mini took inspiration from John Cooper Works and applied it to a new concept that’ll function as a Safety Car in the Formula E series.

Called the Pacesetter, the electric Mini gets the body kit from the JCW GP. All unnecessary weight is removed — it’s not designed to be a street legal car — and bespoke components are 3D-printed. In fact, the weight savings result in the Pacesetter weighing 130 kg less than the Cooper S E streetcar.

The drivetrain components remain the same, with the 135 kW electric motor that makes 206 lb-ft of torque, but thanks to weighing less hits 62 mph in 6.7 seconds instead of 7.3 seconds.

A racing coilover suspension is added, along with racing-spec suspension control arm mountings. Track width is increased by 10 mm. The brakes from the JCW GP replace the standard brakes.

Michelin Pilot Sport tires are equipped for maximum on track performance, and Mini points out that these are the same tires that appear on the front of the Fomula E race cars.

It also looks wild, with the light bar atop the spoiler and a livery you could spot from orbit. You’ll want to check out our full gallery below.

This hopped up, stripped out, racing electric Mini will make its Safety Car debut at the Rome E-Prix on October 10, 2021.