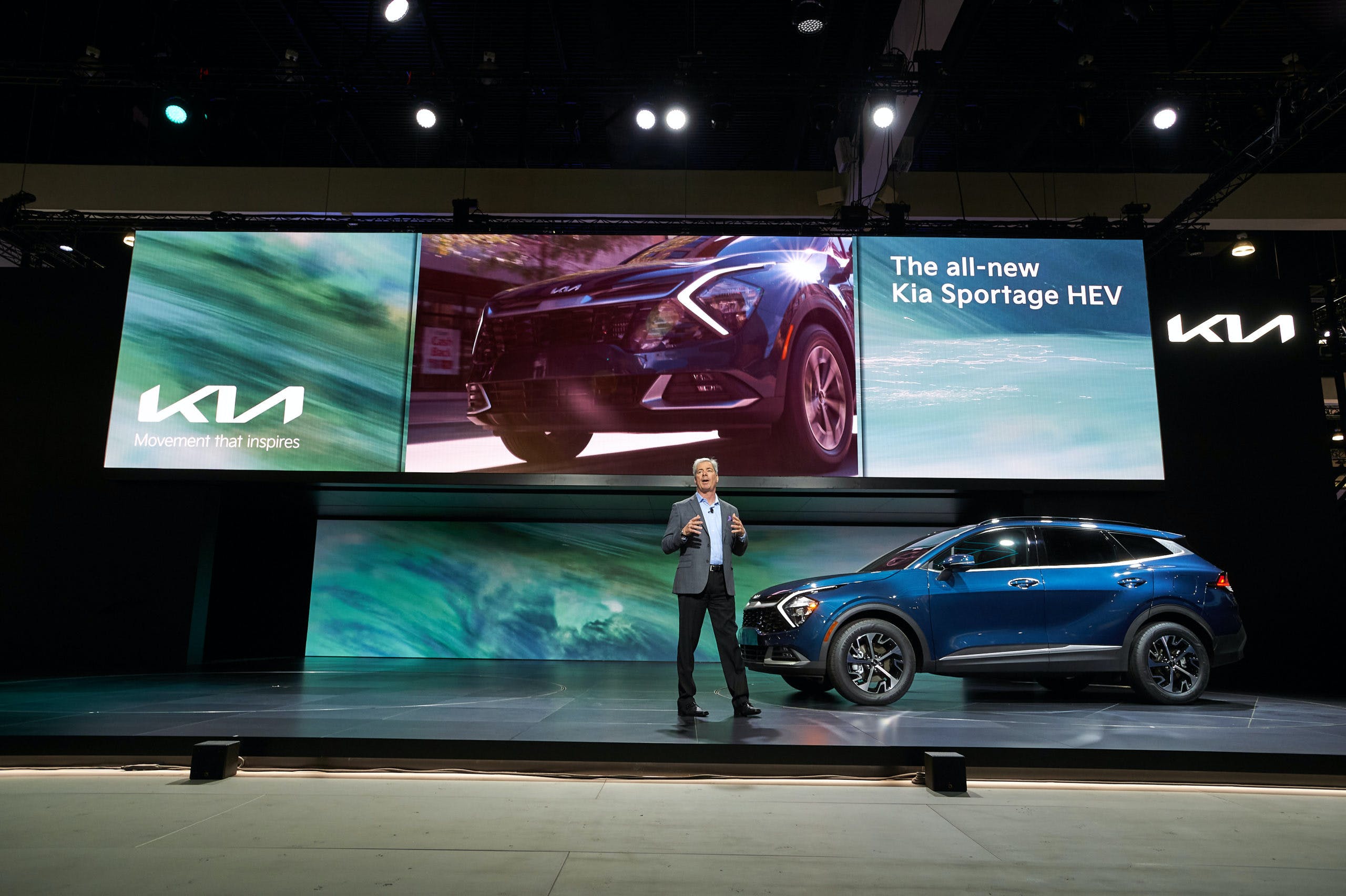 Kia is on a roll and it aims to continue it with electrification. Between hybrids, plug-in hybrids, and battery-electric models, there’s something for everyone. We spoke with Russell Wager, Vice President of Marketing at Kia America about electrification and learned that the company is finding success with its latest models. Additionally, we also found that although Kia intends to keep hybrids and plug-in hybrids, it wants to slowly push consumers toward battery-electric vehicles and it has already set up a strategy to enable them to transition seamlessly.

Wager points out that the latest Sorento Hybrid has seen big increases in sales. “Our hybrids are the best of both worlds,” he added. “They provide power without sacrificing efficiency.” Kia expects the trend to continue for the 2023 Sportage Hybrid which is due out in the second quarter of 2022.

The company intends to help consumers “graduate” to plug-in hybrids so that they can get used to the idea of plugging in their vehicles. However, it doesn’t see plug-in hybrids as the best solution, it’s merely a steppingstone. By getting people into a vehicle that they can drive in all-electric mode for their daily commute and errands, that helps normalize battery-electric vehicles. They’ll have the backup of the gas engine on longer drives but for most use cases, they won’t need it.

When it comes to getting more consumers into battery-electric vehicles, Kia is banking on design to bring them in. Wager notes that many of the EV6 orders are from people who will be owning an EV for the first time. He also pointed out that having up to 300 miles per charge and the ability to DC charge from 10 to 80 percent in 20 minutes helps ease range anxiety. “It takes you more than five minutes to fill up at a gas station from the time you pull in,” said Wager. “We want to help people realize that charging a vehicle isn’t as different as filling up. An EV can fit in people’s lifestyles and it’s not an inconvenience.” The ability to charge at home is also a huge factor. “You’ll rarely see a charging station if you have one,” added Wager.

Part of the strategy also includes selling all plug-in hybrids and EVs in all 50 states. According to Wager, Kia has certified dealers due to high levels of interest in electrified vehicles, especially the EV6. This means Kia is poised to democratize electrification with its upcoming lineup. Vehicles like the upcoming second-generation Niro, which is code-named SG2, will be available nationwide to piggyback on the current car seeing record sales at the end of its life cycle. That model will also remain the least expensive EV in Kia’s lineup.

Wager also hinted at the Sportage PHEV joining the U.S. lineup. With the Sorento PHEV joining for the 2022 model year, he hinted that its compact sibling isn’t far behind the standard Sportage Hybrid. The Sportage PHEV uses the same powertrain as the regular hybrid but swaps in a larger 13.8-kWh battery mounted under the floor and a 99-hp electric motor, increasing its combined output to 261 hp. That will also be a 50-state vehicle when it finally arrives stateside. “We’re not discriminatory,” added Wager. “We’ve told our dealers that and their mindset is in the game as well.” He also noted that dealers in regions like the Midwest and Texas are now following suit and embracing electrified vehicles like the east and west coasts thanks to the improved range and quicker charging.

Kia aims to use the power of choice as its secret weapon. It’ll have a vehicle for the consumer that wants a taste of electrification to another who wants to go all-in. The goal is to eventually get consumers into battery-electric vehicles but Kia wants to ensure that they have options to fit every consumer’s speed of adoption. “We don’t know how quickly EV adoption will happen,” noted Wager. “We’ll move with the consumer, give them options, and be ready for them as they move toward full electrification.”

The Plan S strategy aims to add a full range of electrified vehicles over the next few years with the EV6 being the first one. Kia’s next battery-electric vehicle will likely be the production version of the EV9. Hybrids and plug-in hybrids are also part of the equation as the second-generation Niro family is due out soon. The Sportage PHEV, on the other hand, should arrive in the U.S. next year.