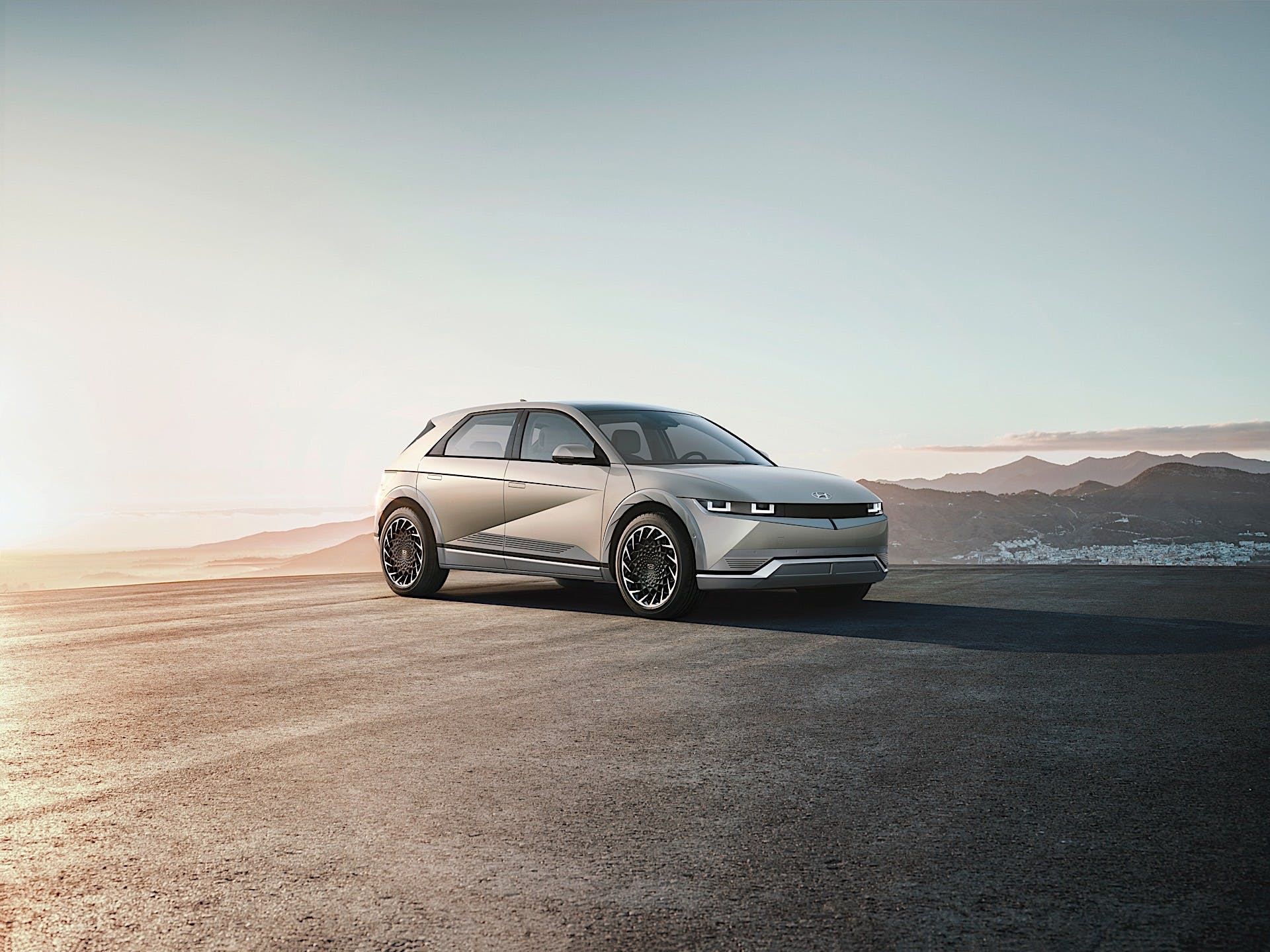 Hyundai recently revealed the 2022 Ioniq 5, its first dedicated battery electric vehicle. We know that it rides on the company’s Electric Global Modular Platform (E-GMP), which will underpin at least two more Hyundai vehicles and another seven at Kia. What we didn’t know is what tire it’ll be using but it looks like the B-roll footage on Hyundai’s European media site just revealed at least one option: the Michelin Pilot Sport EV.

Michelin recently announced the Pilot Sport EV tires, which are specifically developed with electric vehicles in mind. The tire promises low rolling resistance and generous grip levels, meaning it won’t sacrifice range in favor of performance. Development of this tire came about as a result of Michelin participating in Formula E for the last six years and culminating in the transfer of race car technology to road-going EVs. We reached out to Michelin for a comment but were told that they can’t confirm any OEM fitments for the Pilot Sport EVs at this time.

Looking at the Ioniq 5’s vortex-like wheels, you immediately notice the Michelin logo. Originally, we thought the car had Pilot Sport 4S tires equipped, but upon closer inspection, it’s the new Pilot Sport EV. The size is pretty substantial too. With the available 20-inch wheels, the Ioniq 5 gets 255/45R20 rubber, which is wider than many vehicles it’ll be competing with when it goes on sale in the U.S. during the second half of 2021.

Should the Ioniq 5 get the Michelin Pilot Sport EV across the board, it would get one of the most advanced tires available. The blend of low rolling resistance and grip that the Pilot Sport EVs promise should give the Ioniq 5 performance without sacrificing much in terms of range on a single charge. In the WLTP cycle, a single-motor Ioniq 5 with the 72-kWh battery is good for 470 to 480 km, which translates to roughly 292 to 298 miles. EPA estimates should be lower considering their conservative testing cycle. The U.S.-spec Ioniq 5’s upgrade battery is also larger at 77.4-kWh, which could allow the car to travel longer distances before needing to charge.

When it goes on sale in the U.S., the 2022 Hyundai Ioniq 5 will be offered with either a 58-kWh or 77.4 kWh battery and single- or dual-motor configurations. Models with the big battery are the most powerful ones at 214 hp and 258 lb-ft of torque for the single-motor model and 306 hp and 446 lb-ft for the dual-motor.