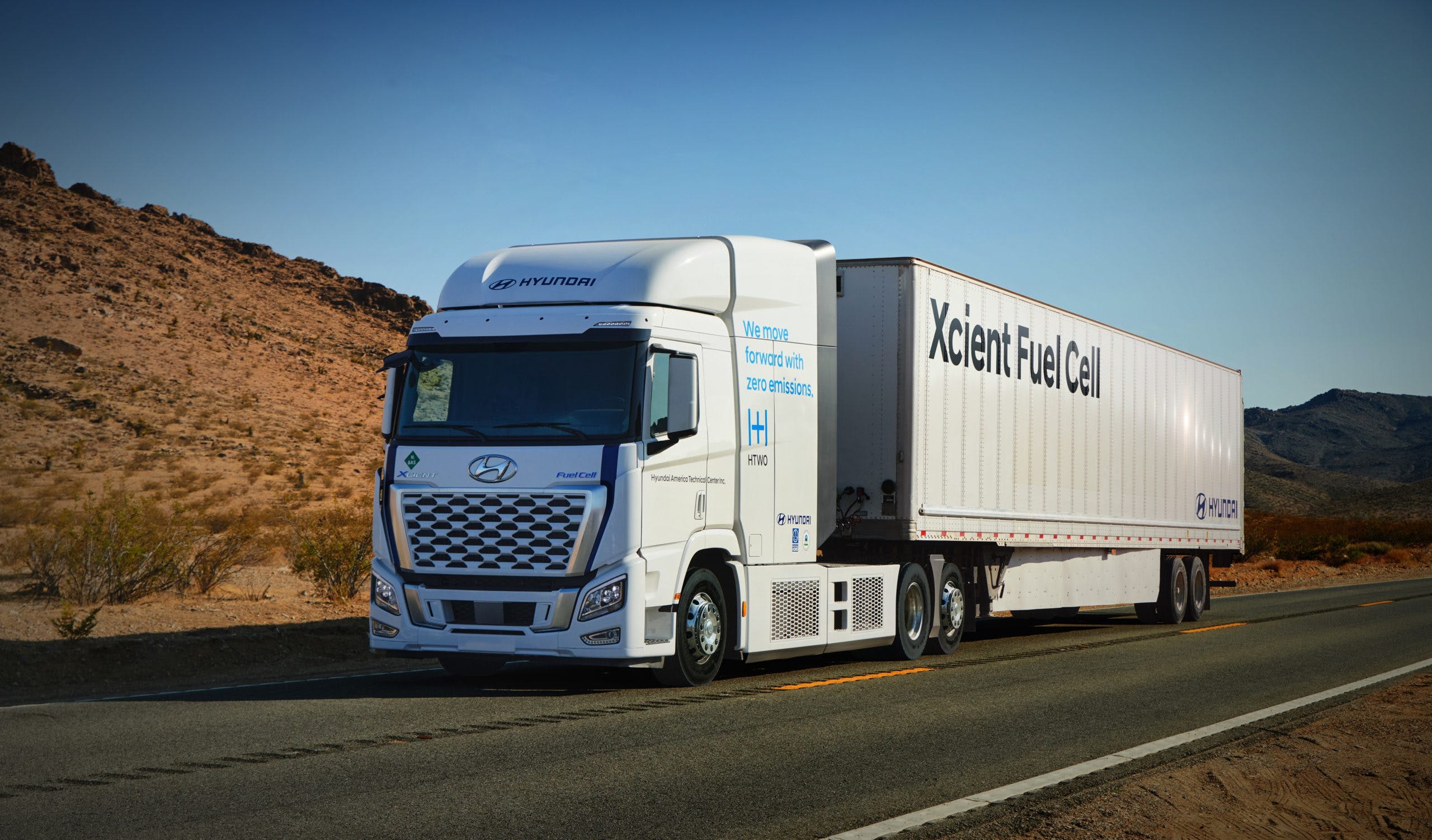 The 2022 Advanced Clean Transportation (ACT) Expo will be a big deal for Hyundai because it is poised to announce more details regarding its deployment of 30 XCIENT Class 8 6×4 hydrogen fuel cell trucks in California.

Starting in 2023, the heavy-duty vehicles will be based at the Port of Oakland as part of the NorCAL ZERO Project. The Hyundai XCIENT first arrived in California as part of a set of trials with public and private partners and is part of two publicly-funded projects to improve air quality in the state.

Hyundai will also take part in the Hydrogen Workshop at the 2022 ACT Expo where it will discuss the challenges and prospects of the FCV market. Mark Freymueller, senior vice president and head of Commercial Vehicle Business Innovation at Hyundai will be there to talk about the company’s sustainability mobility efforts and business cases alongside other panelists.

Hyundai is among several companies that see hydrogen as a viable solution for commercial vehicles like vocational trucks that use high amounts of energy. The high energy density carried by the element allows them to give fuel cell electric vehicles sustainable energy outputs, making them ideal for long drives and carrying heavy payloads. They also have lower infrastructure costs and shorter refueling times than battery-electric vehicles, making them more efficient in this application.

The company has used the XCIENT in Switzerland since 2020 and the fleet has accumulated a total range of 3.5 million kms or 2.1 million miles as of the end of April 2022. It believes that investment from the U.S. government and more competitors entering the market will lower the total cost of ownership of hydrogen fuel cell trucks over the coming years. Climate change and the ongoing supply issue will also contribute to the acceleration of the transition toward clean energy.

José Muñoz, president & COO of Hyundai Motor Company, said the deployment of the XCIENT fuel cell trucks for the NorCAL ZERO Project is just the start of the company’s sustainability goals. “Hyundai Motor is a leader in the hydrogen fuel cell market with decades of experience and proven expertise,” added Muñoz. “Our proven record of success with commercial fuel cell programs in Korea and Europe has been critical to our launch of heavy-duty fuel cell trucks in North America.”

Hyundai has a long history of developing hydrogen fuel cell vehicles and it’s not just with Class 8 heavy-duty trucks like the XCIENT. The company introduced its first hydrogen FCV in 2000 based on the first-generation Santa Fe. Its next effort didn’t arrive until 2005 with the Tucson FCEV, which had a range of 186 miles or 100 miles more than the Santa Fe FCV. From 2013 to 2018, the second-generation Tucson FCEV (known as ix35 in other global markets) was available with a range of up to 265 miles. The most recent Hyundai fuel cell passenger vehicle is the Nexo, a futuristic crossover that can travel between 354 and 380 miles depending on the version you choose. It is also currently working on a performance FCV, a prototype currently known as the Vision FK. Hyundai says this has more than 600 hp and can travel at least 372 miles per tank.