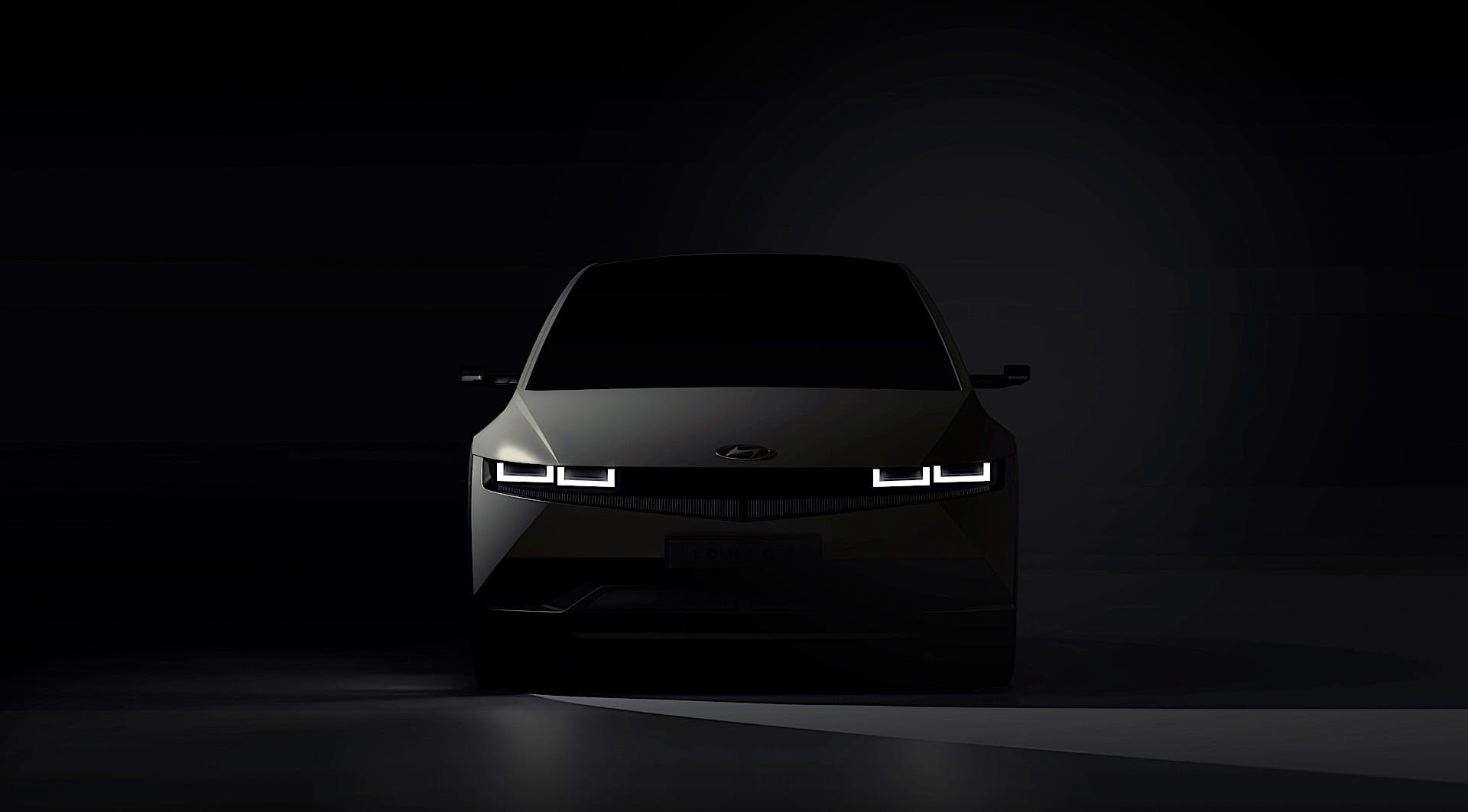 The Hyundai Ioniq 5 has been teased once again this time with more revealing shots and videos showing cool details. For starters, it’s clear that the Ioniq 5’s journey from concept to production saw very minor changes. The same headlight and taillight design with the cool pixel-like appearance carried over from the 45 Concept unchanged. Even the 20-inch alloy wheel design is the same complete with the three-dimensional vortex pattern as the show car it’s based on. You can also see the wheel arches have the same effect going on to match the wheels.

In addition to the three teaser photos, Hyundai also released four videos further teasing the Ioniq 5 and showing off some of its cool features. We get a clear glimpse of the pixel-like taillight cluster, which appears to span the whole width of the vehicle. Other fun details from three of the videos include the car powering appliances during a camping trip and highlighting the 250V AC plug under the rear seats, hinting that the Ioniq 5 could be used as a power supply.

The fourth and longest of the video highlights the Ioniq 5’s charging time as part of the “5-Minute Challenge.” The car is pitted against a smartphone, a laptop, and an action camera to see highlight its charging speed. Hyundai claims with just five minutes of charging, the Ioniq 5 can get 100 km or 62 miles on the WLTP standard. Hyundai will reveal more teasers ahead of the Ioniq 5’s official virtual world debut in February.

The Ioniq 5 will be the first vehicle riding on the Hyundai Motor Group’s E-GMP architecture, which is dedicated to EVs. Two battery size options could be available on the Ioniq 5: a 60-kWh or 90-kWh unit, the latter of which should provide around 300 miles of range.