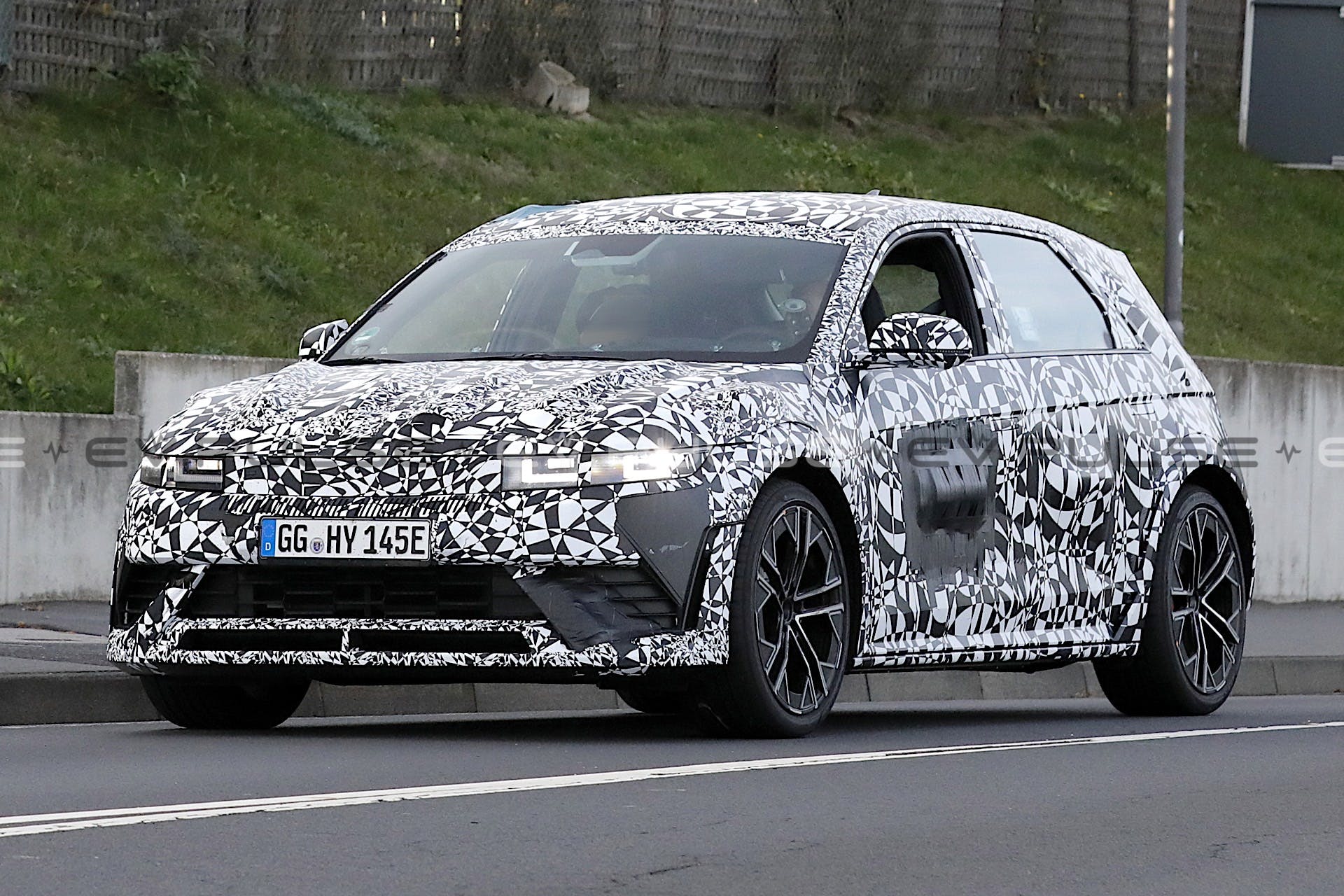 The Hyundai Ioniq 5 has won numerous awards from the automotive industry and is widely considered one of the best BEVs available today. But the Korean automaker isn’t resting on its laurels, confirming the high-performance Ioniq 5 N was in the works in July, and it’s set to arrive next year. Currently, the Ioniq 5 tops out at 320 horsepower and 446 pound-feet of torque, but the Ioniq 5 N is expected to reach close to 600 hp. In fact, we’ve gotten a bit of a preview of what Hyundai’s E-GMP platform is capable of with the Kia EV6 GT, which pushes 576 hp and 546 lb-ft of torque.

Recently, spy photographers caught the Ioniq 5 N testing at the Nurburgring and it gives us our best look yet at the upcoming high-performance variant. While it’s still wearing camouflage, we do get a hint at some of the changes to the vehicle’s exterior, noticeably the front end. We expect the Ioniq 5 N to sport a much more aggressive appearance than the standard version, and these spy photos confirm our expectations.

The aggressive changes continue with the rear end, which sports a different diffuser and additional vents. There’s also a new rear spoiler that appears to be longer than the standard model, which should help enhance aerodynamics. Overall, expect the Ioniq 5 N to be wider than the standard model, giving it a more aggressive stance and the ability to accommodate wider wheels and tires.

Along with more power and an aggressive appearance, the Ioniq 5 N should also receive upgraded brakes to match. Unique wheels and tires are a given, along with refinement to the suspension for a stiffer, but better handling ride.

All that performance will likely come at a cost, and not just the price it’ll run at the dealership. Don’t be surprised if the Ioniq 5 N sacrifices a noticeable bit of range in exchange for all the additional performance. For comparison, Kia estimates the EV6 GT will return around 206 miles of range, so the Ioniq 5 N should be similar. But we imagine those anxiously awaiting the arrival of the hotter N model won’t care too much about the loss in range.

The bigger question is whether Hyundai’s Ioniq 5 N will outperform the Kia EV6 GT in terms of acceleration and top speed. Kia rates the GT’s zero-to-60 sprint at 3.4 seconds and its top speed at 161 mph. The competition among high-performance EVs is definitely heating up however, and we can’t wait to see what other automakers do to compete.