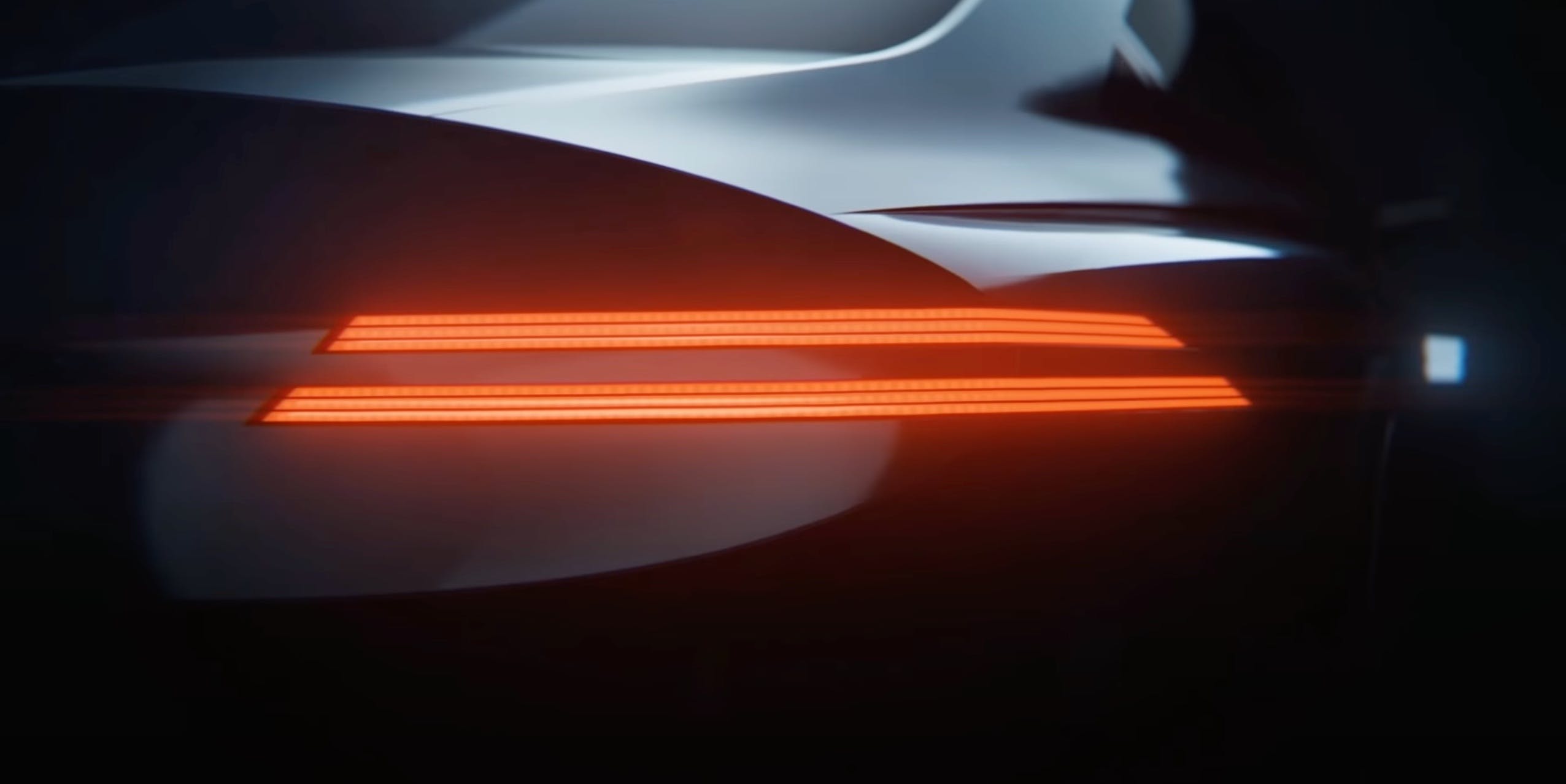 Genesis dropped a quick 16-second teaser of what appears to be a svelte all-electric sports coupe. This could be hinting at the production version of the Essentia concept from a couple of years ago. Based on what the short video shows, this vehicle appears to be a two-door, four-seat coupe.

A lot of Genesis’ current design cues are also prominent from the dual-LED lighting strips forming the headlights, turn signal indicators, and taillights to the crest grille. This time, the LED headlights curve into the front fenders, which creates a connection with the taillights and indicators. The roofline appears to have been tamed down for a more traditional coupe look, too.

We get a few glimpses of the interior too. The door cards appear to have lime green piping and contrast stitching. Perhaps the coolest feature is the ball-shaped gear selector that flips over to reveal the selections and drive mode selector.

The fact that this concept is an EV and the teaser shows a coupe that’s nearly production-ready hints that this could be the flagship performance car. This may also be one of the vehicles riding on the Hyundai Motor Group’s E-GMP platform, which is dedicated to EVs. If it is, the production version of this concept car will likely have a dual-motor setup and be one of the quickest vehicles in the lineup.