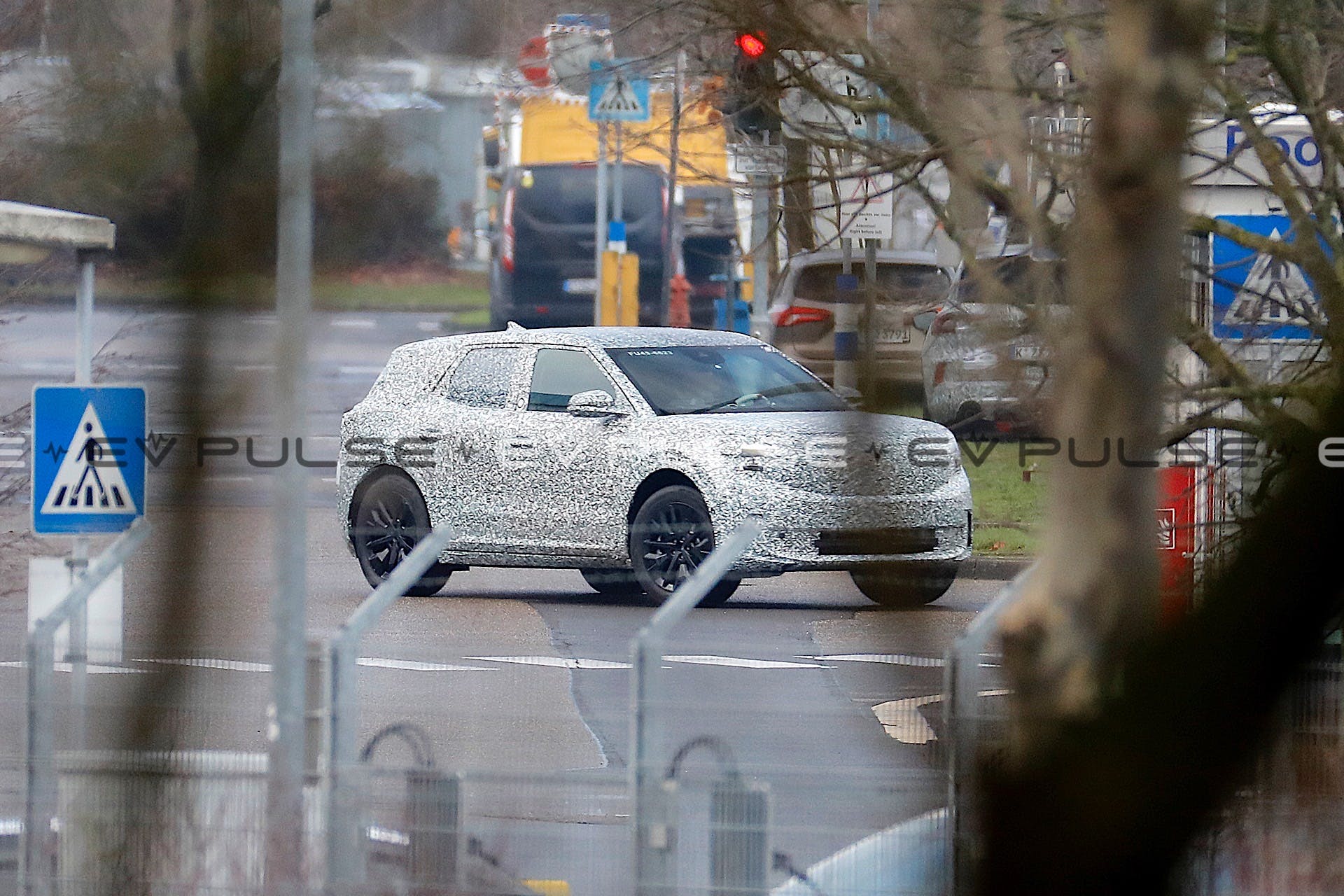 With the success of the Ford Mustang Mach-E and the F-150 Lightning, it’s little surprise the American automaker is investing heavily into electric vehicles. The company confirmed its plans to launch nine new electric vehicles by 2024 in Europe, and while five of them will be commercial vehicles, we can expect at least two new crossovers from the brand. Spy photographers have caught what is likely one of these two crossovers testing in Cologne, Germany.

Looking to be an entry in the mid-size segment, the prototype was spied testing on Ford’s proving grounds at the Ford Cologne Electrification Center. It is believed this vehicle is based on Volkswagen’s MEB platform, which underpins the ID.4. But expect Ford’s designers to give it entirely different styling with sharper lines, similar to the Ford Explorer and Expedition. This prototype is wearing heavy camouflage, so we can’t get a real good idea of design elements, but we can see its overall size and shape and it’s quite different from the ID.4.

Based on what Ford has announced so far, this model should go on sale in Europe sometime this year with a projected range of 500 kilometers (311 miles) on the WLTP cycle. Don’t be surprised if Ford creates a stylish coupe variant of this vehicle as its other crossover addition to the lineup. Look for that model to arrive in 2024 if all goes as planned.

Recently, Ford set a goal to produce 600,000 EVs annually by the end of this year. That number is estimated to grow to two million by 2026. And Ford knows, if it wants to sell EVs in the U.S. its best bet is to offer crossovers.

Written by Jason Siu
RELATED ARTICLES
Updated 2023 Ford Escape gains more technology including a massive touch screen
F-150 Lightning tow and charge: How far you can go and how long it’ll take
Ford and Lincoln to get electric SUVs: Report
Should you get a Level 2 charger for your Jeep Wrangler 4xe plug-in hybrid?
RELATED ARTICLES
JOIN THE EV PULSE NEWSLETTER
Receive weekly updates on each of our electrifying articles.