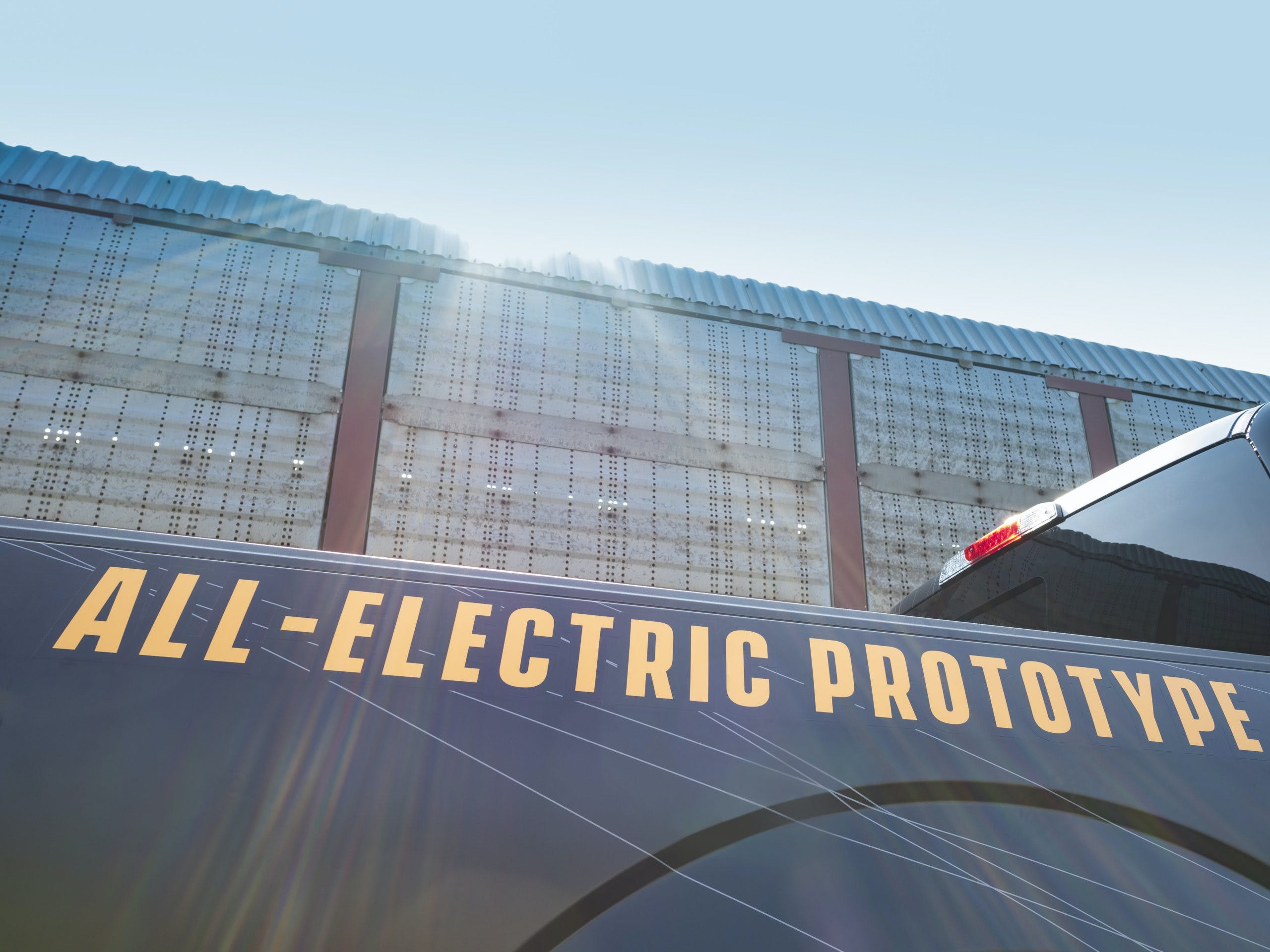 Ford is announcing that the all-new, fully-electric F-150 will go on sale by mid-2022. It’ll be produced alongside the other F-150s, including the hybrid, at an addition at the Rogue production facility in Michigan.

Ford’s Kumar Galhotra is making this announcement alongside other production information. Ford employs more hourly workers in the United States than any other automaker, according to Galhotra, and “it’s a choice we make because we believe in American workers.”

Galhotra described the electric F-150 for “hard working customers that need a truck.” He goes on to say that the truck isn’t designed to be some top-spec, premium model, but offer trims for all sorts of customers, including fleet.

Galhotra claims that the F-150 electric will cut overall ownership costs in half compared to a traditional pickup truck of today.

It’ll support car to grid functionality, so that the truck can be used to power a job site or a home if the power goes out. The dual electric motor model will make more horsepower and torque than any F-150 to date. It’ll also have the quickest 0-60 mph time of any F-150 to date.

Like many new electric vehicles, the electric F-150 will support over-the-air updates. Several new Ford products are coming with that functionality, including the 2021 F-150 and upcoming Mach-E, but we’ve yet to see how much time passes between updates. Maybe they’ll show us an update road map at some point?

The electric F-150 will have more storage, too, with a fully-functional front trunk, or frunk, to store gear in addition to the bed and cabin.

Like any initial product announcement, we’ll learn more about the all-electric, BEV F-150 as it gets closer to launch.