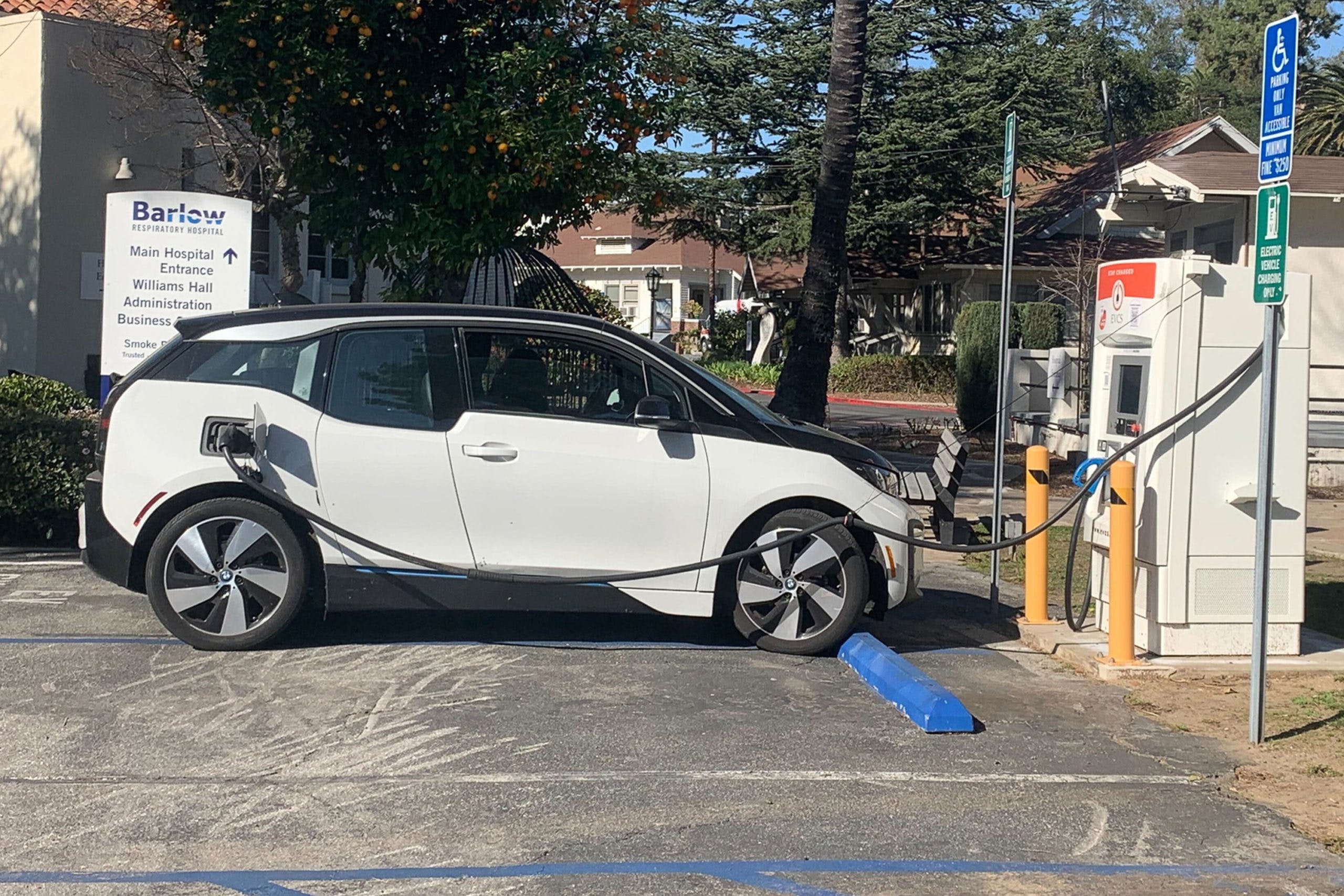 EVCS, a California-based electric vehicle charging network with operations in three West Coast states, announced a series of new subscription plans today. Making life with an EV just a little easier, drivers can pay by the month for juicing up their vehicle at EVCS stations or opt for an available all-you-can-charge plan.

Those unlimited charging packages are designed to meet the needs of delivery companies, long-distance commuters and gig drivers, groups that were excluded from the company’s previous plans. Streamlining the process, these new packages eliminate surge pricing, cost fluctuations based on location and ever-annoying hidden fees.

Breaking things down, EVCS’s new Standard Anytime subscription charging tier is geared toward folks that drive around 12,000 miles annually. For $49.99 per month, you get 200 kilowatt-hours of electricity from anywhere in the company’s network of Level 2 and Level 3 chargers. If you exceed that cap, the plan automatically switches to a pay-as-you-go model at $0.29 per kWh, which is a substantial savings over the normal rate of $0.49 per kWh.

High-mileage drivers with a bit of flexibility in their schedules may want the EVCS Unlimited Off-Peak Pro charging plan, which is $99.99 per month. For just one Ben Franklin you get unlimited charging between the hours of 10 p.m. and 6 a.m. from anywhere in the network. This could be ideal for delivery companies that keep standard business hours; they can charge up at night and save a bunch of money in the process.

Lastly, there’s the new EVCS Unlimited Anytime Pro plan, which enables you to Level 2 or Level 3 charge anywhere and anytime for $199.99 per month. At first blush, that sounds pricey, but when you think of how much delivery companies or gig drivers might spend on fuel to run a combustion-powered vehicle, that number suddenly looks like a screaming deal.

If you don’t feel like signing up for a charging plan or just want to test the waters, EVCS has you covered. The company’s network-wide rate for Level 2 charging is just $0.29 per kWh and $0.49 per kWh for speedier Level 3 charging. And if you still aren’t sold, via carbon credits, EVCS chargers are powered by 100% renewable energy, making them an environmentally responsible choice.

Founded in 2018, EVCS currently operates in California, Oregon and Washington. The company has around 642 charging stations in the ground, though it plans to increase that to nearly 1,500 in the coming months. EVCS’s focus on the West Coast is unfortunate for drivers in other states, but there’s a good reason for limiting the markets served. Ian Vishnevsky, chief operating officer, chief financial officer and cofounder of EVCS explained to EV Pulse that 50% of all electric vehicle users are located in these three states. “Let’s focus on where there’s the greatest population of EVs,” he said. Expansion beyond the West Coast is possible but “not a priority right now.”

One way EVCS is different from competing charging networks is how they’ve paid for their growth. Vishnevsky said, “We use public funding from various … sources.” Money could come from offsets where, for instance, an oil refinery pays because it failed to meet certain environmental standards, though lots of dollars have been sourced from the California Air Resources Board and the California Energy Commission. EVCS has also worked with different utility companies to help build out its infrastructure because, believe it or not, installing electric vehicle chargers takes anywhere between a year and 18 months and it isn’t cheap. Vishnevsky said a ballpark figure is around $100,000 per location, a sum that includes the station and related infrastructure, such as switchgear and utility upgrades.

Bolstering its footprint, last July, EVCS announced it received nearly $69 million in funding. This includes a $50 million from Spring Lane Capital as well as a Series A equity investment to the tune of $18.8 million. That was spearheaded by Abdo Partners, Spring Lane Capital and the Copulos Group, the latter of which is an Australian private investor. These newfound funds will be used to increase the number of chargers available in communities already served and expand into more than 35 new cities in California and Washington state.

Beyond those sources, EVCS also received $4 million from Oregon to improve and expand the charging stations it has there. Washington state also provided the company with $3 million to perform similar upgrades.

Historically, public charging has been a major obstacle to the increased adoption of electric vehicles. For drivers that don’t have their own garage or carport with a Level 2 charger, public offerings are the only other option, though frequently they’re too few in number or too flaky to be relied on. Vishnevsky explained, EVCS is looking to change the narrative while helping make battery-powered cars and trucks more attainable for drivers of all income levels.

Broadening the availability of its services, “[We] are able to install a lot of charging stations in disadvantaged communities,” noted Vishnevsky. As the number of used electric vehicles grows, economically less well-off individuals will drive more and more pre-owned EVs, and these people will need to charge somewhere. Accordingly, EVCS approaches hotels, hospitals, parking structures and universities to install new chargers, and the company doesn’t take any money to do this. “We’ll maintain and operate those charging station for at least five years,” said Vishnevsky, sometimes longer than that. Businesses or other locations get a new amenity to attract customers, plus EVCS shares a small percentage of the revenue, so it’s a win for everyone.

CHECK THIS OUT NEXT: Ford begins construction on its largest auto- production complex ever

From availability, convenience and reliability standpoints, “I’m a big fan of Tesla. I love what they’re doing,” said Vishnevsky of the EV-maker’s industry-leading Supercharger network. “And I think that’s what we and everybody else are aspiring to,” he added. Hey, if you’re going to emulate someone, go after the best. Almost unquestionably, Elon Musk has built the No. 1 electric vehicle charging network around. The problem is, Superchargers only work with Teslas, which shuts out every other electric vehicle driver. Following the Supercharger model, EVCS is aiming to create the most reliable and accessible EV charging network in the country.

Keeping users as happy as possible is another way EVCS aims to stand apart from ChargePoint, Electrify America, EVGo or other competing networks. Simply put, Vishnevsky wants to “provide an excellent service.” To deliver that, he said they have people available 24/7/365 to help customers. EVCS also monitors social media channels for issues or complaints, so they can be quickly addressed. “And I get every notification whether it’s positive or negative,” said Vishnevsky.