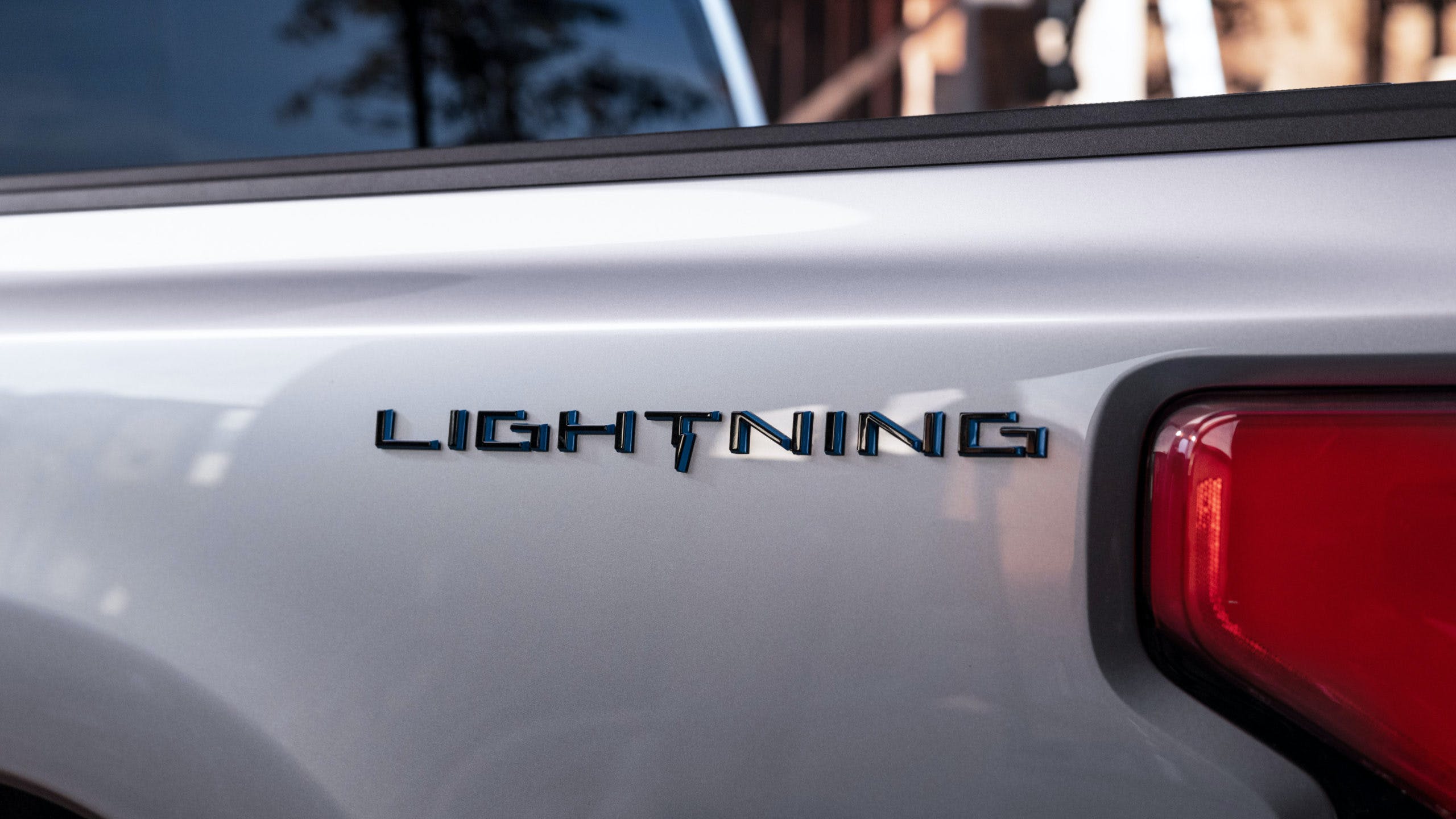 Unless you’ve been living under a rock for the past year, you know that Ford is working on an all-electric F-150 go on sale in the middle of 2022. We can all agree that F-150 EV is a lame name for a vehicle, so what on Earth is Ford going to call it?

“Every so often, a new vehicle comes along that disrupts the status quo and changes the game … Model T, Mustang, Prius, Model 3. Now comes the F-150 Lightning,” said Ford President and CEO Jim Farley. “America’s favorite vehicle for nearly half a century is going digital and fully electric. F-150 Lightning can power your home during an outage; it’s even quicker than the original F-150 Lightning performance truck; and it will constantly improve through over-the-air updates.”

For those who were born in the last century will remember that Lightning has been used on the F-150 before. The F-150 Lightning was a supercharged V8 super truck with the same motor that ended up in the last-generation Ford GT.

Will the Lightning become a new performance variant of the new truck? Farley does say that it’s quicker than the last Ford Lightning, but with highlighting features like V2L and work features, the Lightning might end up being the electric truck for all F-150 buyers, and not just performance buyers.

The truck will be built at the Rouge plant and production begins in the spring of next year, which is only a year away at this point.

What do you think of the name?

Written by Chad Kirchner
Follow Author
RELATED ARTICLES
2021 Ford F-150 hybrid gets useful new Onboard Scale and Smart Hitch technology, plus more
Airstream considering self-propelled trailers to assist in towing with an EV
Watch the Ford F-150 EV go dashing through the snow
Should you get a Level 2 charger for your Chrysler Pacifica plug-in hybrid?
RELATED ARTICLES
JOIN THE EV PULSE NEWSLETTER
Receive weekly updates on each of our electrifying articles.