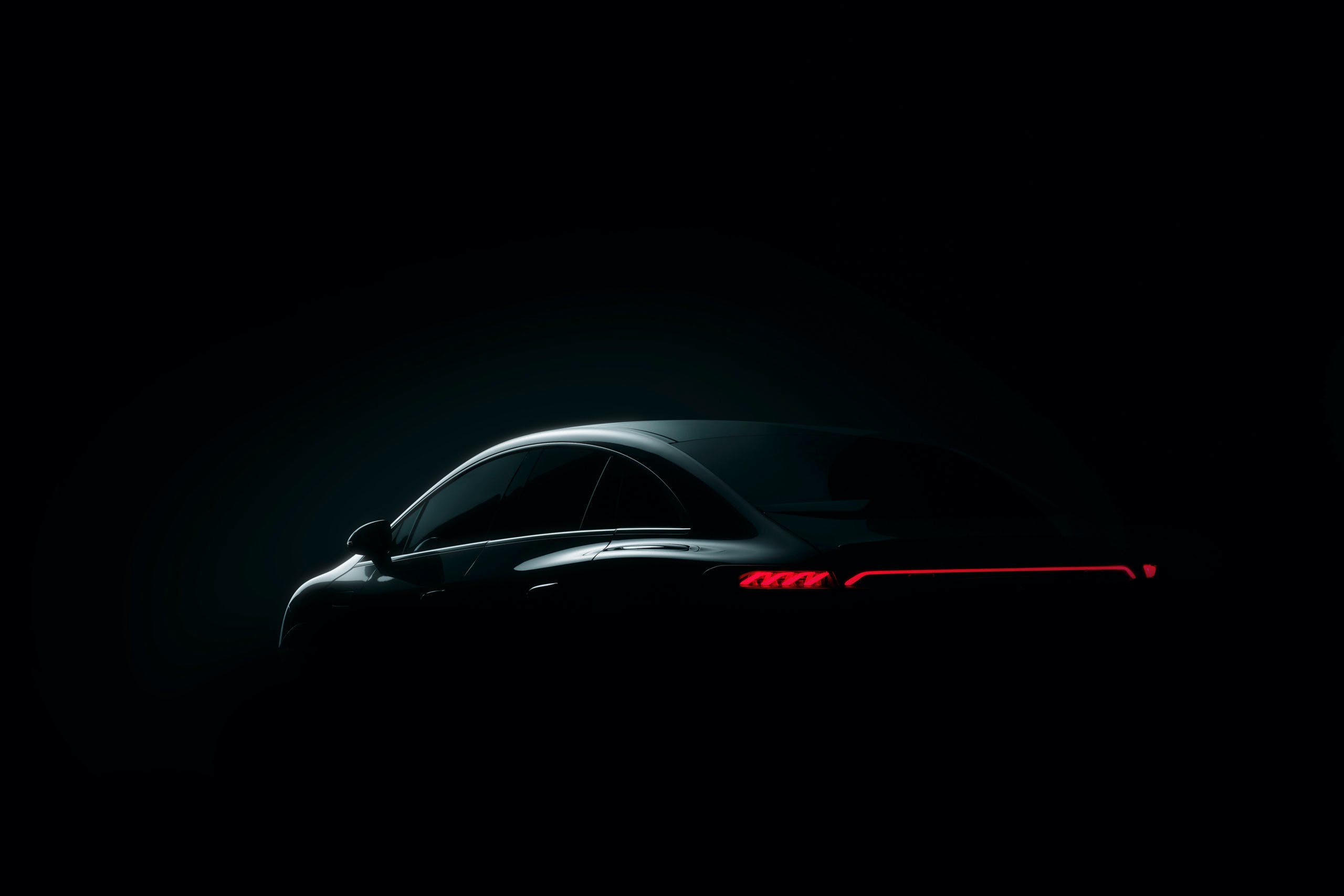 The 2023 Mercedes-Benz EQE sedan has been teased ahead of its official debut at the 2021 Munich auto show this September. Two teaser photos were published by Mercedes; the exterior shows a curvaceous four-door just like the larger EQS but the taillight pattern appears to be different featuring a single LED light bar connecting the two clusters. However, the ends curve down on the EQE whereas the EQS’ doesn’t. The lighting elements on the main taillight clusters themselves also appear to have more separation from the strip of LED connecting them.

Slotting below the EQS, the 2023 Mercedes-Benz EQE sedan is aimed directly at the Tesla Model S. Like its larger sibling, it should have the same wedge shape to maximize aerodynamics. The EQE will be the second vehicle on Mercedes’ EVA platform, which was built specifically for battery electric vehicles. Next year, the EQE SUV will join the lineup along with an AMG version of the sedan. In addition to the EQE, Mercedes-Benz is also showing the first AMG performance EV, which it promises will offer thrilling performance. A Maybach concept will also be shown to showcase the sub brand’s direction for the future.

Mercedes’ second teaser photo shows the EQE’s interior. To no one’s surprise, it’s getting the new MBUX Hyperscreen, which houses three massive displays under a single piece of glass totaling 58.0 inches of screen real estate. There also appears to be a big storage area under the center console along with the start/stop button just ahead of the bin. Mercedes appears to have put an additional cubby just ahead of the hazard button along with several haptic feedback controls including a volume slider instead of a traditional knob. The steering wheel controls also appear to be haptic feedback instead of physical buttons. Otherwise, the dash layout looks similar to the EQS with the largest display dead center.

Another important vehicle debuting at the 2021 Munich auto show will be the first hybrid AMG model built under the E Performance banner. We suspect that this could be the potent AMG GT 73 Four-Door Coupe, which is rumored to slot above the GT 63 S. Powering this beast is a 4.0-liter twin-turbo V8 coupled to an electric motor, a lithium-ion battery, and an AMG Speedshift nine-speed automatic transmission. The electric motor, which makes 201 hp and 236 lb-ft of torque, is mounted on the rear axles and features a two-speed transmission. It’ll also get an electronically-controlled locking rear differential that can send maximum torque to each rear wheel as needed. The electric motor can also turn the front wheels. This powertrain is capable of generating over 800 hp and 737 lb-ft between the electric motor and the V8 engine.

In addition to the AMG GT Four-Door Coupe, we’re expecting this potent hybrid powertrain to eventually make its way into the next-generation SL convertible. The newest iteration of Mercedes’ legendary droptop is being developed by AMG and will feature a range of electrified powertrains plus a power-retractable soft top. It will also bring back the 2+2 layout found in the versions that succeeded the 300 SL Gullwing. The 73 moniker will likely be used on the most powerful version just like in its four-door coupe sibling.