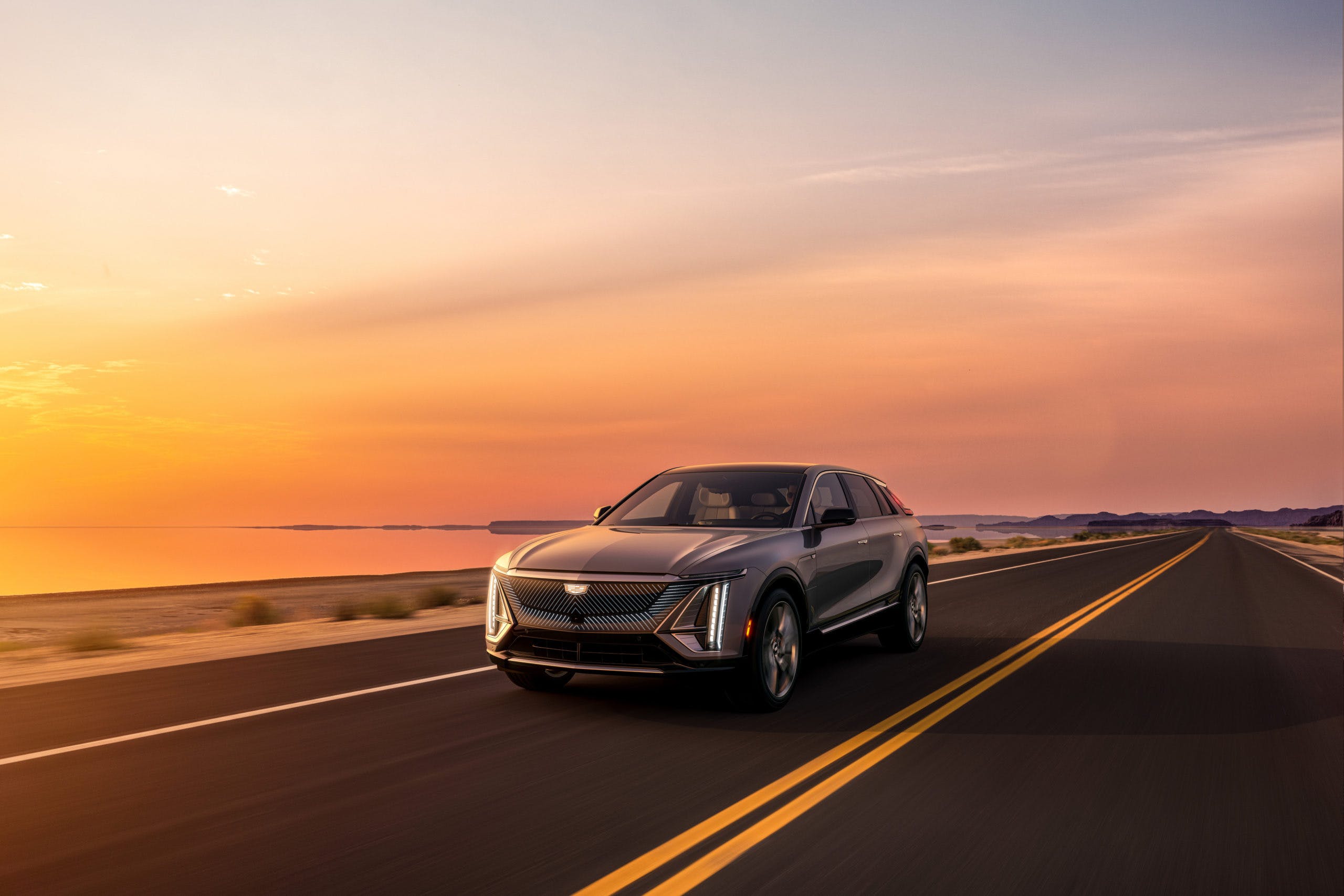 More details have been announced on the 2023 Cadillac Lyriq ahead of order books that opened May 19. The brand’s dedicated battery-electric vehicle will have plenty of range and be available in both RWD and AWD configurations.

According to Cadillac, the single-motor RWD variant will travel the farthest at an estimated 312 miles per charge. This version has a rear-mounted electric drive motor making 340 hp and 325 lb-ft of torque. AWD models add a second electric motor on the front axle to get 500 hp combined and a max towing capacity of 3,500 pounds. However, Cadillac didn’t reveal torque figures and driving range.

Every 2023 Cadillac Lyriq will use a 100-kWh battery pack. Peak DC charging speeds of up to 190 kW allow the crossover to regain 76 miles in ten minutes. Cadillac will offer customers a choice of unlimited charging credits at EVGo for two years or $1,500 toward installing a home charger. Qmerit will assist in the installation process and help new owners find qualified and experienced installers. A level 2 AC charger that allows the car to charge up to 19.2 kW will give you around 52 miles per hour.

Pricing for the 2023 Lyriq starts at $62,990 for the RWD model while the AWD variant tacks on $2,000. Cadillac says you can preorder both models now but expect deliveries of the latter to start in early 2023. If you preorder one now, there are two additional exterior colors available: Opulent Blue Metallic and Crystal White Tricoat. The initial deliveries of the Lyriq will be the RWD version and the Debut Edition, the latter of which will be available via reservation this summer.

The Lyriq is the first Cadillac underpinned by the Ultium suite of technologies, which includes a dedicated BEV architecture, batteries co-developed with LG Energy Solution, and electric drive motors developed in-house. It will feature next-generation active noise cancellation technology to keep the cabin quiet and an available 19-speaker AKG Studio surround sound system. Cadillac’s new infotainment system features a set of curved diagonal displays totaling up to 33 inches worth of screen real estate. This integrates the digital gauge cluster and the main touch screen under a single housing, similar to what you’ll find in the Cadillac Escalade. The interface has Google built into it meaning you have Google Assistant, Google Maps, and other apps integrated into the vehicle.

Following the Lyriq, Cadillac will introduce its next flagship sedan, the Celestiq. This will have the next evolution of General Motors’ hands-free semi-autonomous driving assistance system. Called Ultra Cruise, it can follow set navigation routes, react to permanent traffic control devices, execute automatic lane changes, and park the vehicle thanks. It also features a smart diagnostics system that will alert you if Ultra Cruise needs an update and uses a set of cameras, radar, and LiDAR sensors to achieve a 360-degree, three-dimensional perception of the vehicle’s surroundings.

The 2023 Cadillac Lyriq will be built at GM’s Spring Hill, Tennessee, plant that recently received a $2 billion investment to support battery-electric vehicle production. An additional $2.3 billion is being invested in the region to support a new battery cell manufacturing plant that will be operated by Ultium Cells, LLC, the joint venture between General Motors and LG Energy Solution.

Written by Stefan Ogbac
Follow Author
RELATED ARTICLES
2023 Cadillac Lyriq debuts looking a lot like the concept with 300 miles of range
Cadillac Celestiq teased with trick new panoramic roof, cutting-edge tech
Do I need a level 2 charger at home for my GMC Hummer EV?
RELATED ARTICLES
JOIN THE EV PULSE NEWSLETTER
Receive weekly updates on each of our electrifying articles.