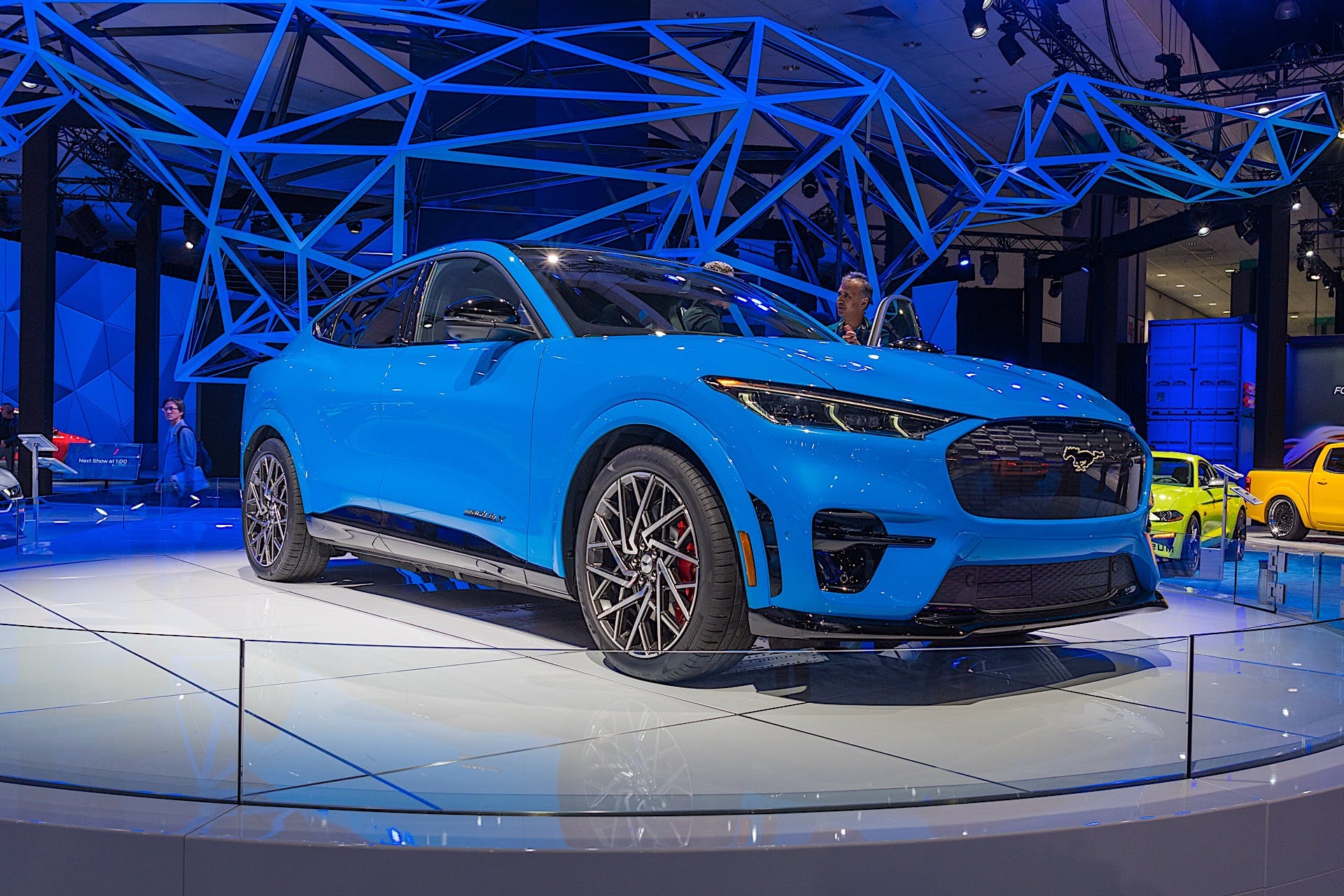 Before you were supposed to hear it from the suits in Dearborn, the Mustang Mach-E’s EPA range is revealed via a soon-to-be-owner’s digital window sticker. We can discern a lot of new information from the window sticker, but the most notable is that when equipped with an extended-range battery and AWD, Ford’s new EV crossover officially rated for 270 miles.

Precisely matching what Ford lists on its build-and-price tool for the Mach-E on its consumer website. Additionally, we uncover just how efficiently the crossover uses its optional extended-range battery pack, rated at 88 kWh. With range and available battery capacity now confirmed, we now know the Mustang-inspired crossover uses 370 watts for each mile driven according to the EPA’s figure. But how does this compare to the Tesla Model Y?

Sure, the Model Y AWD Long Range has a 326-mile range, but we’re more interested in how the battery’s capacity is used. Rated at 27 kWh per 100 miles, the Model Y LR uses 270 watts for each mile traveled. Compared to the Mach-E’s 370 watts per mile, the Tesla is an astounding 37-percent more efficient than the Ford.

Thankfully range and efficiency don’t tell the entire story. The Mach-e Premium with extended-battery and AWD is priced at $54,700, which is $4,710 more than a Model 3 LR AWD. But there’s more to the story. Eligible customers will be able take advantage of the $7,500 federal tax incentive still available on electrified vehicles sold by the Blue Oval, bringing the price nearly $3,000 below a similarly equipped Model Y. Tesla vehicles are no longer eligible for the federal tax incentive. Furthermore, Mach-E buyers will have access to a nationwide network of dealers for sales and service alike — something Tesla lacks.

Set to hit dealers in the weeks ahead, Ford is in the final stages of preparing its first mass-market EV for prime-time. We get our first opportunity to drive the Mach-E soon and will have a full write-up soon.

What do you think, is 270 miles of range enough for you to make the jump to an AWD EV?