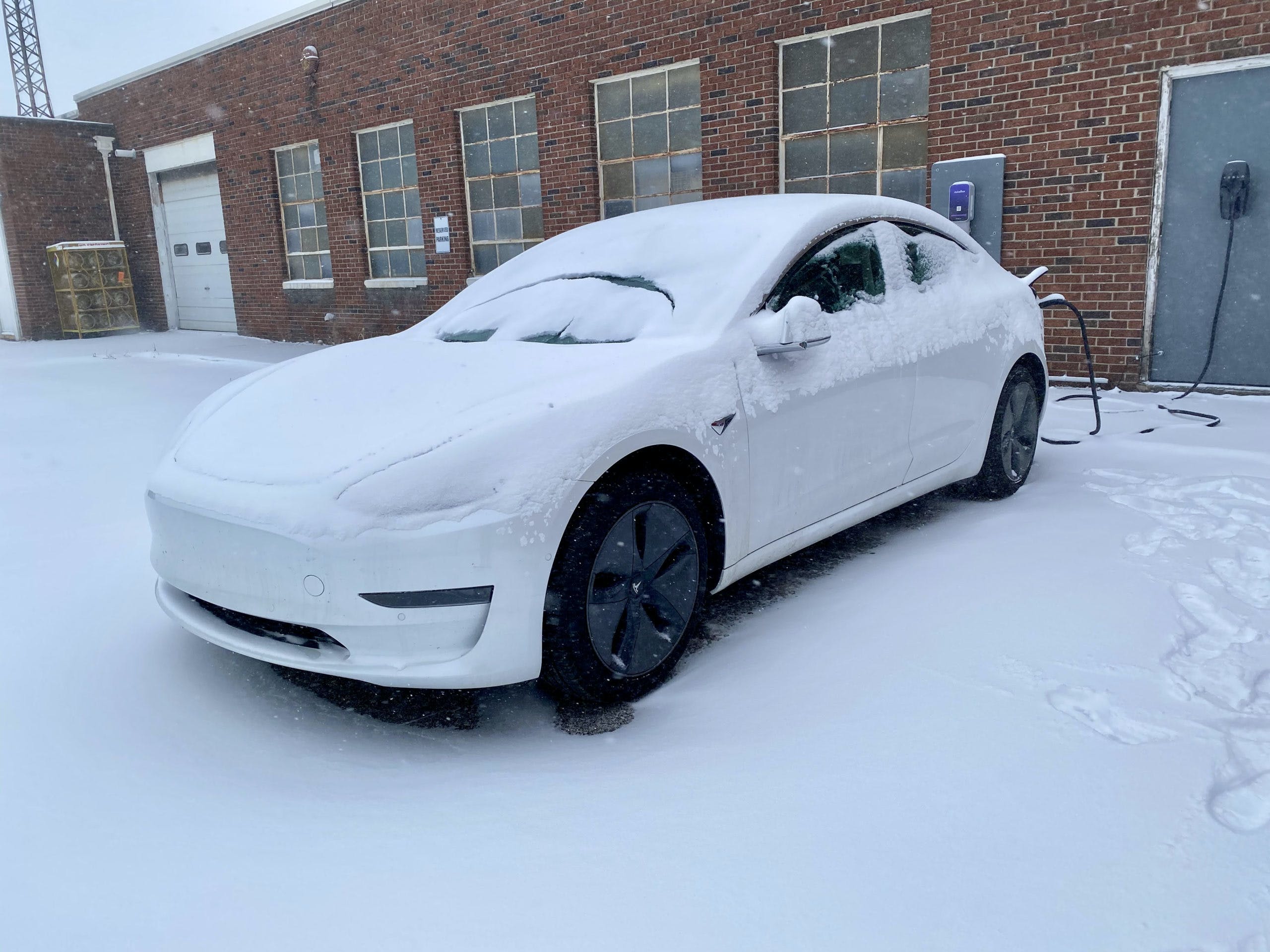 It’s pretty common knowledge that when the weather gets colder, electric vehicles aren’t as efficient. That’s true, to some extent, for gasoline-powered vehicles, too. Running the heater saps power, so more power is needed to do things.

On our long-term Tesla Model 3 Standard Range Plus, the range reduction is more serious. Our Model 3 doesn’t have a heat pump like the newest Model 3 units, and all Model Ys. So that means an electric heater is needed to keep the cabin warm.

When it’s only cool out, you can get by turning on the seat heater. As long as the window doesn’t fog up, your efficiency doesn’t suffer much.

Thanks to a snowstorm and extremely cold weather during Christmas of 2020, there wasn’t much traffic out on the road which set the scene for an efficiency test.

PRICING: How much is a Tesla Model 3?

Unfortunately, the weather conditions deteriorated too much before I could drive as many miles as I wanted to, but the results are still important.

It wasn’t fun. Also, because of the weather, it wasn’t fast. Average speed was 40 mph for the trip.

With the heater set at 68°F, I set off. When I needed to run the heated defogger, I did. I also listened to the radio and the headlights were on the entire time. It was about as real-world in the ice cold that you’re going to get.

Some quick math, and TeslaFi tells you, that the efficiency of that drive was 55%.

That means that on a car with 250 miles of range, I would’ve only made it 137.5 miles. Of course, most people don’t leave home at exactly 100% on the battery pack, and battery degradation means you lose maximum mileage as the car is continuously used.

Yes, it’s enough range for the day-to-day, and I believe some electric cars like the Mini Cooper S E has enough range in warmer climates, in the winter I can’t see myself buying a Standard Range Plus Tesla.

There are ways to improve cold weather efficiency. If you start the heater before you go on the trip, while you’re plugged in, the car will also attempt to warm up the battery pack. A warm battery pack can accept full regeneration, improving mileage.

That’s also done automatically if you set a departure time the night before. The car will charge to the set percentage, make sure the climate is at the correct temperature, and make sure the battery pack is at the appropriate temperature.

I’ve yet to drive the Model Y in the cold, where there is a heat pump. Presumably that’ll help efficiency quite a bit. But one drawback to an electric car in the proper cold is there’s no engine generating heat. It’s more difficult for the vehicle to maintain a comfortable cabin temperature.

I plan on doing more winter driving this season and test a variety of scenarios to see how that affects range. Also, we’re working to get some electric cars in the garage this winter to do cold weather testing with.

Do you have any times for improved range in the winter on your EV? Hit us up in the comments below.