2020 Toyota Corolla Hybrid review: No plug, but absolutely worth mentioning 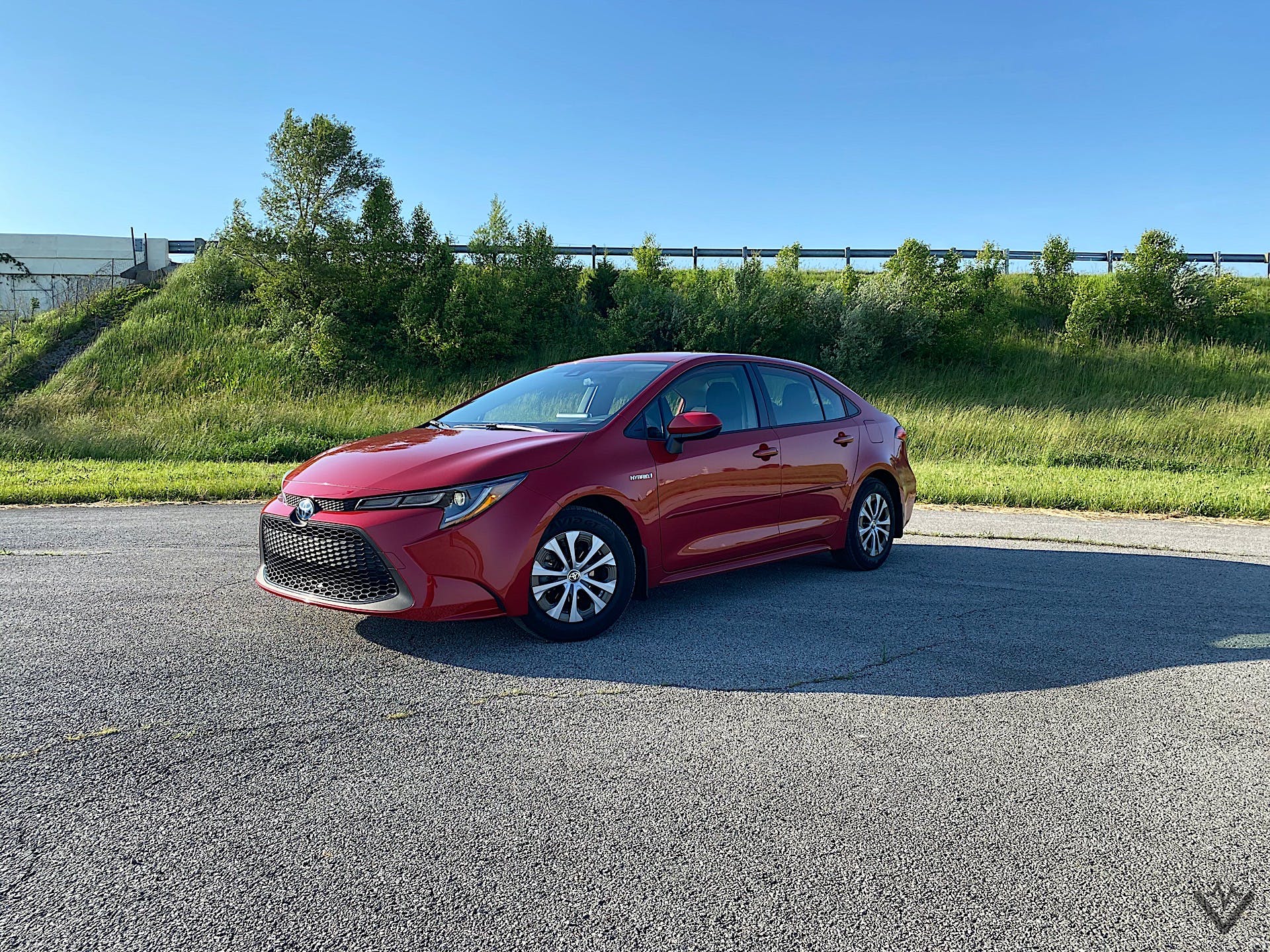 Here at EV Pulse, we like to cover the latest in battery-electric vehicles, alternative energy, and advanced technology. Featuring a vehicle on this site that doesn’t have a plug might seem like we’re going against our own directive. But the 2020 Toyota Corolla Hybrid is such a darn good car that it achieves the objectives that some cars need a plug in order to do.

If you’re looking for an unassuming looking car to fly under the radar, the Corolla is your car. The updated model does have some interesting shapes and points up front — especially with the headlights — but the Corolla isn’t a car designed to turn heads.

From a design perspective, though, it looks handsome. Our major disappointment with the Corolla Hybrid is that it’s not available in a hatchback like the other Corolla variants. Undoubtedly that’s because the Prius is already a hatch.

All Corolla Hybrids come with LED headlights that double as the vehicle’s daytime running lamps.

The interior of the Corolla might not look fancy, but most of the materials feel high quality to the touch and the interior has tons of soft touch materials that you wouldn’t normally find in a vehicle in this class.

The cloth seats are manually-adjustable but comfortable to sit in. The digital instrument cluster is easy to read and shows useful information like a real-time readout of the current speed limit. The infotainment screen is big and relatively easy to use.

The high mounting of the infotainment screen does make the screen look more like a tablet tacked onto the dash than a fully-integrated unit, but the higher mounting point does make it easier to see from the driver’s seat.

While the infotainment system doesn’t have many advanced features — satellite navigation isn’t available — the system does support Apple Car Play. That means most people will be able to bring their own media and favorite navigation option with them. Android Auto should appear in 2021 models.

The single-zone automatic temperature control works well at maintaining cable temperature, and there’s even a driver’s only button that shuts down the passenger vents to use even less energy.

The rear seats are pretty standard for a compact car, but smart battery placement under the rear seats doesn’t hinder too much cabin space. You wouldn’t want to take long trips with an adult in the rear seats, but they’re perfectly functional for most peoples’ everyday needs.

Including technology that others charge money for just adds to the overall value of this car. Nearly all the safety features are there and they’re standard. Sadly, blind spot monitoring isn’t included and isn’t available as an add-on on the LE Hybrid trim.

The Corolla is a front-wheel drive hybrid making 121hp and 105 lb-ft of torque. That is… not a lot. But it’s enough to get up to speed on the highway and merge without issues.

Around town it feels plenty quick, thanks to the electric motor torque that’s available. The CVT transmission is smooth and one of the better units available.

What you’re buying the Corolla Hybrid for is the fuel economy. The EPA rates the Corolla Hybrid at 52 mpg on the highway, 53 mpg in the city, and 53 mpg combined. Under normal driving, we were able to meet or beat those numbers without any issue.

The system loves to drive in electric-only mode, and is one of the most efficient non-plug vehicles we’ve driven.

The 2020 Toyota Corolla Hybrid is one of, if not the, cheapest vehicle to own and operate. It comes with two years of free scheduled maintenance. The fuel economy is stellar. Repair bills should be quite low.

There are no options for the Corolla Hybrid LE, so it’s starting price of $24,095 with destination is also our as-tested price. Since demand for sedans is lower than it has ever been, it should be easy to find these cars out there with a little bit of a discount.

That makes the 5-year cost to own one of these better than most cars, and the great fuel economy exceeds what some cars can do when they have the assistance of a plug.

That means the Corolla is good for the environment and the pocketbook, making it a solid daily driver and something to be considered by our readership.

Disclosure: Toyota provided this vehicle, insurance and a full tank of gas for the purpose of this review. Our opinions are our own.