2020 Mitsubishi Outlander PHEV review: One of the original plug-in SUVs 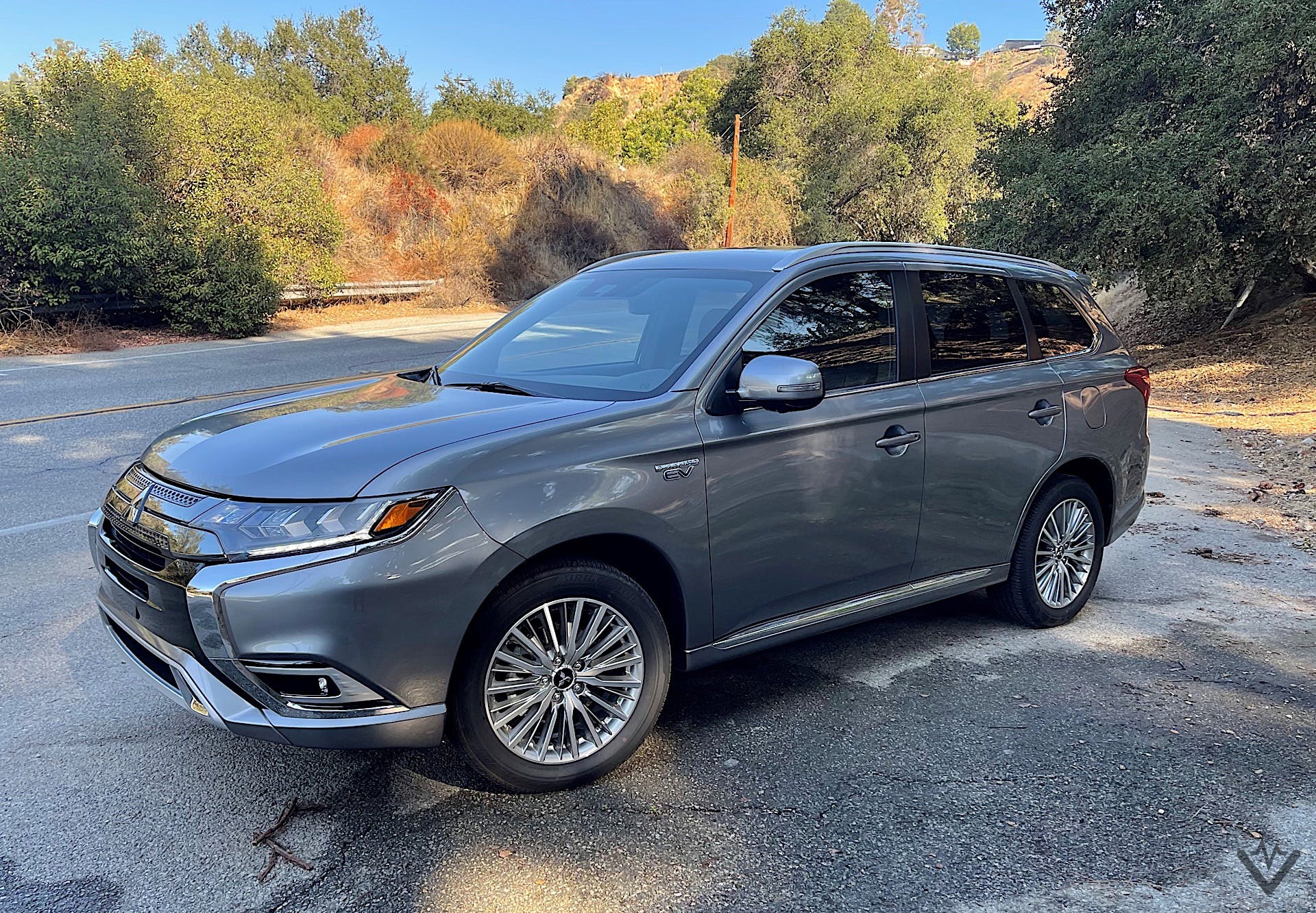 You’d be forgiven for dismissing the 2020 Mitsubishi Outlander for its age. This SUV isn’t one of the freshest products on the market by any stretch, even in this plug-in hybrid iteration. Despite its age, the Outlander PHEV still shows that Mitsubishi knows how to innovate; especially once you look beneath the skin and see the plug-in hybrid powertrain it’s packing.

A significant exterior refresh for the 2016 model year gave the Mitsubishi Outlander a more striking appearance especially with the brand’s new “dynamic shield” grille. Another recent update added full LED headlights in higher trims like our range-topping GT test car. The only ways to differentiate the Outlander PHEV apart from the standard version are the badges on the front fenders and tailgate, and the charging port on the rear right side.

Moving inside, you’ll notice that the cabin hasn’t changed much since the Outlander debuted as a 2014 model. Fit and finish lags behind the class. Cheap materials are everywhere; even the soft stuff feels subpar for the compact SUV segment. There is excessive wind, road, and tire noise entering the cabin, especially on the highway. Five people can fit in the Outlander but they won’t be comfortable for longer drives. The seats are stiff and feel like you’re on top of them instead of in them. At least there’s generous cargo space regardless of whether you fold the rear seats or not. Credit the upright greenhouse and squared-off opening for the roominess. You’ll need to use the cup holders for your mobile devices, too, because there aren’t many cubbies for small items.

The dash layout has stayed the same save for the addition of haptic feedback buttons and the deletion of the volume knob. Mitsubishi recently added an 8.0-inch touch screen but it has grainy graphics for the menus and the available 360-degree parking camera system. Luckily, it’s quick to respond to your inputs and Apple CarPlay and Android Auto operate seamlessly. The eight-speaker Mitsubishi Power sound system is bass-heavy and can get muddled at higher volumes.

Mitsubishi’s plug-in hybrid system is crazy complex. The powertrain combines two electric motors, a 2.0-liter I-4 with 117 hp and 137 lb-ft of torque, a single-speed reduction gear, and a 12-kWh lithium-ion battery. There are multiple driving modes to choose from: EV, Charge (uses the 2.0-liter I-4 to charge the battery), Save (keeps the battery levels where they are), Eco, and Normal modes. For most of your daily driving, the 2.0-liter I-4 operates as a generator until you get into situations like hill climbing and passing at highway speeds where it assists the electric motors in motivating the vehicle. As a result, the Outlander PHEV drives like an electric car 90 percent of the time. Don’t expect mind-blowing acceleration, though, the SUV’s two-ton curb weight keeps straight-line performance leisurely. You won’t struggle going up a steep grade or getting around slower vehicles, just don’t expect it to gleefully sprint away from traffic.

Mitsubishi did an outstanding job making transitions between regenerative and mechanical braking smooth. Stepping on the brake pedal yields consistent stopping power without any sudden grabbiness, even during emergency stops. The five levels of regenerative braking help you conserve the battery charge and slow down by easing off the accelerator, allowing for some degree of one-pedal driving.

Drive the Outlander PHEV around and you’ll immediately notice how bulky and cumbersome it is. This SUV feels like a truck and can be ponderous through narrow streets, which is further exacerbated by the slow, inaccurate, and numb steering. Drive over uneven surfaces and the Outlander bucks and bounces excessively. Excessive secondary and tertiary motions over big bumps and potholes give a sensation of unruliness. Take a turn too enthusiastically and you get lots of body roll. At least the suspension absorbs road impacts acceptably; your passengers won’t get tossed everywhere nor will they feel like they’re getting beat up by the vehicle.

A regular 110- or 120-volt household outlet will bring the Outlander PHEV’s battery to 100 percent from empty in eight to twelve hours. A 240-volt Level 2 charger cuts that time to 3.5 hours. The Outlander PHEV’s unique feature is its ability to use a Level 3 CHAdeMO fast charger, which replenishes the battery to 80 percent in 25 minutes. In EV mode, the Outlander PHEV can travel up to 22 miles according to the EPA. Keep all-electric operation in the city, though because high-speed driving quickly drains the battery. Competitors like the Toyota RAV4 Prime trade level 3 charging capability for a 42-mile EV mode range, 302 hp combined, and a 600-mile range on a full tank and charge.

The driver assistance features aren’t as comprehensive as rivals like the Honda CR-V. In terms of operation, the active safety tech in the Outlander is a generation behind. Adaptive cruise control brakes too suddenly when slowing down and leisurely accelerates back up to your set speed once the road ahead clears. There’s no lane-keeping assist either, just a departure warning to let you know you’re drifting into another lane.

Our range-topping GT trim test vehicle checked in at $43,105 including the destination charge. Considering the Outlander PHEV’s age, it’s on the pricey side. There are up to $5,836 in federal tax credits that consumers may be eligible for along with state incentives.

Age is the 2020 Mitsubishi Outlander PHEV’s biggest weakness. The dated underpinnings and interior keep the SUV from being a stronger entry in its segment. While the powertrain still works well, competing SUVs–both standard and plug-in hybrid–have simply caught up, offering better fuel economy, longer EV mode range, and similar or more power. However, Mitsubishi could use this iteration to look at and address the shortcomings of the current car on the next-generation Outlander. The fact that they made this complicated hybrid system work smoothly is a testament to Mitsubishi’s capabilities. The brand still knows how to push the boundaries and we’re confident that they can execute a well-executed successor with a powertrain that’s just as intricate as the existing model.