The math for an Apple Car doesn’t add up, someone please explain it to me 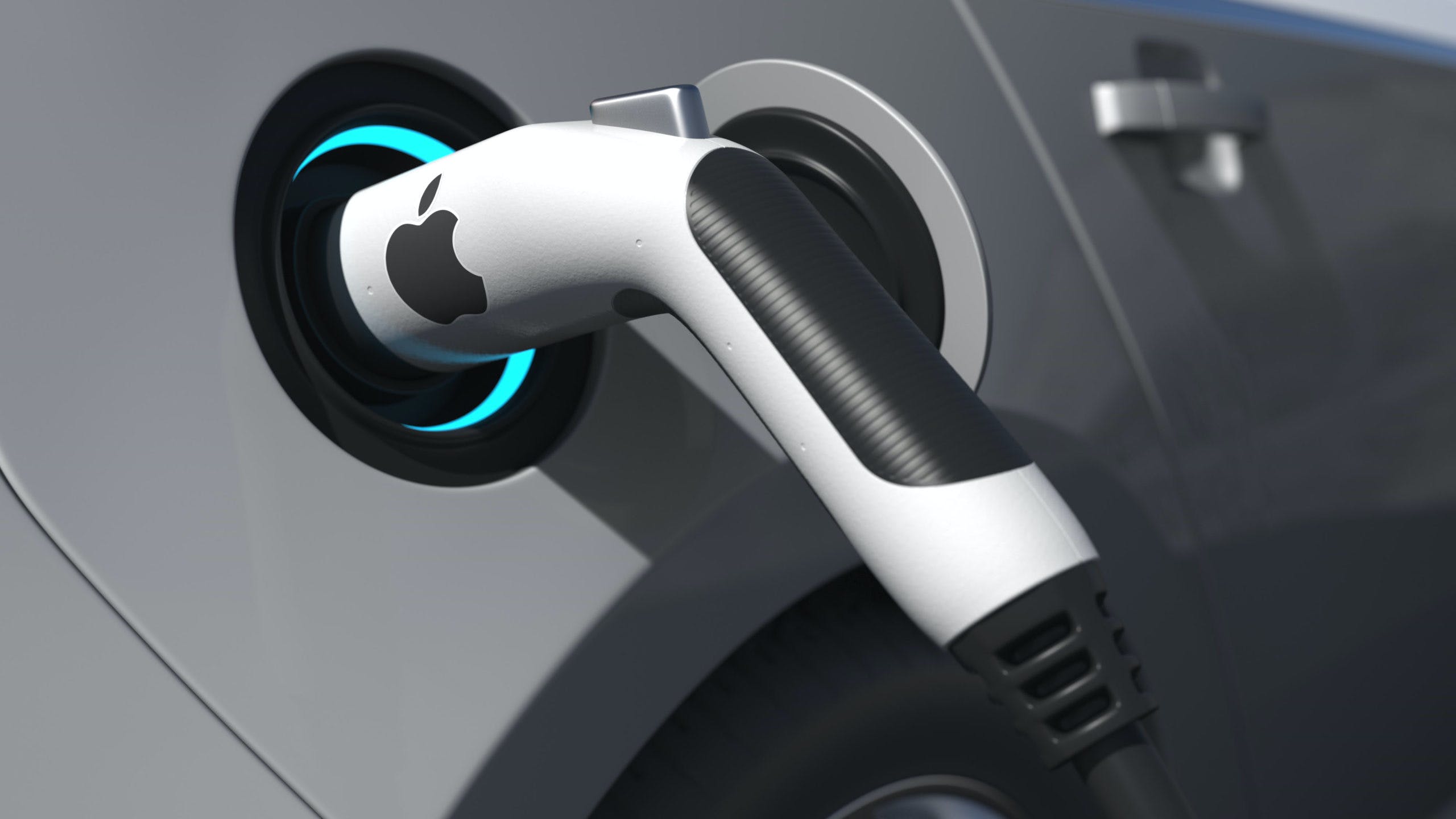 It’s another week, which means there’s more reporting that Apple is going to make a car. This time the Korea Times is saying that the joint venture between LG and Magna, which we talk about here, is nearing finalizing a deal with Apple to produce an automobile.

This likely isn’t the first time you’ve heard about Apple possibly building a car, and it likely won’t be the last time you hear about it, either.

A source familiar with the matter says, “LG Magna e-Powertrain is very near to signing contracts with Apple under which they could handle the initial volume production of Apple EVs. Contract details are still being discussed.”

If you ask me — and you did by clicking on this article to read — if Apple was going to produce an electric vehicle, it’d go to Magna to do it.

Magna has experience building vehicles now, with the company making the BMW Z4, Toyota Supra, and Jaguar I-Pace, and they know how to build within the confines of an OEM’s specifications. Apple would simply need to tell them what to build, and Magna does the rest.

Magna makes more sense than Foxconn, even if Apple has experience with Foxconn already. Why? Magna builds automobiles.

Starting a car company is expensive, and even if Apple does have the cash on hand to fully fund a new automaker — and they do — it’s less of a risk to partner with a builder to do the heavy lifting. A partner like Magna also makes more sense than a legacy automaker because a GM, Ford, or any other company would likely want co-branding of the vehicle. A supplier wouldn’t. This allows the Apple car to be “100% Apple.”

But to me it doesn’t make a lot of sense. It hasn’t. Starting a car company is still expensive, and the profit margins aren’t as great as they are on the hardware that Apple currently sells.

Apple used to charger for macOS. Now it doesn’t. Why? Because it makes enough money on hardware to offer the software, and associated software updates, for free. The end result is people are running a more secure operating system because they upgrade regularly, and it drives people into new hardware.

Recently, Apple extended my Apple TV+ subscription for 6 months. Why? I have no idea, but they did. I haven’t had to pay to enjoy shows like For All Mankind or Ted Lasso. Apple can do that because they make the money in hardware. Plus the content drives people to purchase the hardware.

But it’s easy to understand when an iPhone sells for over $1,000 in some cases and costs less than $500 to make. For a whole car, Tesla only manages around $3,000 per vehicle in a good quarter. To be fair to Tesla, that’s not a bad margin. But it’s not iPhone margin.

Or Mac margin. Or iPad margin. Also, Apple makes a 30% cut of everything sold in its associated app stores. That’s a large percentage of money for just providing the infrastructure. It also makes up another sizable, if not the largest portion, of its income.

Apple doesn’t get into segments unless it can make a bunch of money doing it. For the longest time the rumor was Apple was going to make a television. The rumor goes that it was about ready to go on sale but was then killed.

While I don’t know the reason why it was killed, I can tell you the margins in televisions is low. Apple isn’t a company that wants to make only 1% or so in margin. They don’t want to make $50-$100 per television.

In the case of a car, there’s a huge liability risk. If someone crashes their car, they can sue the manufacturer in many cases. Recalls and defects can plague a manufacturer’s bottom line. Heck, just maintaining parts for 10 years for repairs, as the law requires, is a chore. Imagine trying to get Apple to repair a 10-year old iPhone.

If Apple was interested in making incremental income, the company would license macOS. Instead of throwing together a Hackintosh, someone could just buy the OS for a PC. But Apple doesn’t allow that.

Apple could do the same for its iOS software, opening it up to other hardware makers. At one point, Apple did open iTunes up to Sony to make an iTunes-capable smartphone, but that didn’t last long.

Apple doesn’t do this because it wants to control the entire stack. It wants to know what hardware the person is using. It wants to provide the best user experience it thinks is possible.

Now with a car it could do that with a partner like Magna, but there still isn’t the insane profit margins that Apple likes to go after.

Additionally, there is already an Apple in automotive. It’s Tesla. The company spends little on traditional marketing, but is the premium offering that everyone wants to be seen in. In much the same way celebrities want iPhone, they also want Teslas. Everyone knows what a Tesla is, and regardless of the price of the car, many people associate Tesla vehicles with being wealthy and successful.

When the iPhone came along, the BlackBerry was the biggest competition. It was easy for Apple to bring its cachet to the party. The same applies for tablets when Apple brought the iPad to market. Heck, even the original Macintosh offered a unique experience that came with smug superiority over the associated PC at the time.

Apple has never had to really compete with another Apple. It’s always been Apple and then everyone else. If Apple were to enter with a full-blown automobile, the company would be in direct competition with Tesla. Apple would basically be in competition with itself.

Yes, the Apple Car would likely have better build quality. The infotainment software would probably be a bit more reliable, too. But still, the juggernaut is Tesla and Tesla employs all of the Apple tactics. Heck, you could argue that Elon Musk has the “Steve Jobs Reality Distortion Field.”

Predictably, I’m not the only one with the opinion that an Apple Car isn’t likely in the cards. Friend of the site Ed Kim, Vice President of Industry Analysis at AutoPacific, thinks the same.

“I do not think it’s a wise decision for Apple to actually build a car. The business of building cars is cutthroat, capital intensive, and entails margins that are far lower compared to the sandboxes that Apple currently plays in. Frankly, there is more upside for Apple in other areas of automotive outside of actually developing and building a vehicle,” he told us in a written statement.

Where I think there is some possibility in the Apple department is going beyond just Apple Car Play, and Apple providing software for a vehicle itself.

“I think the real opportunity for Apple in automotive is to become a supplier of relevant HMI, autonomous drive, and e-commerce opportunities to the automakers,” Kim continues. “Apple is the king of interfaces, and there exists a real opportunity to bring really innovative, safe, and appealing HMI into vehicles, particularly when taking into account the kinds of in-vehicle activities and e-commerce that could take place in vehicles as they start becoming more autonomous. Apple is known to be developing autonomous vehicle technologies, and I think a major reason behind that push is to provide more opportunities for drivers to stop actively driving and engage in activities that provide revenue opportunities for Apple. ”

While I did make the argument earlier that Apple likes to control the whole stack, which is why it doesn’t license its software, the automobile is a little bit different of an animal.

To support Apple Car Play right now, manufacturers of infotainment systems have to meet a strict hardware requirement by Apple. While it’s not the complete control that Apple surely would like to have, it does offer them a reasonable amount of say over the in the experience.

Updated (4:16pm EDT, 04/13/2021): I was reminded that the 30% take from the App Store is a major profit generator for Apple and I’ve updated the story to also reflect that. Of course, that further makes my point.