The Kia K5 Hybrid should come to the United States 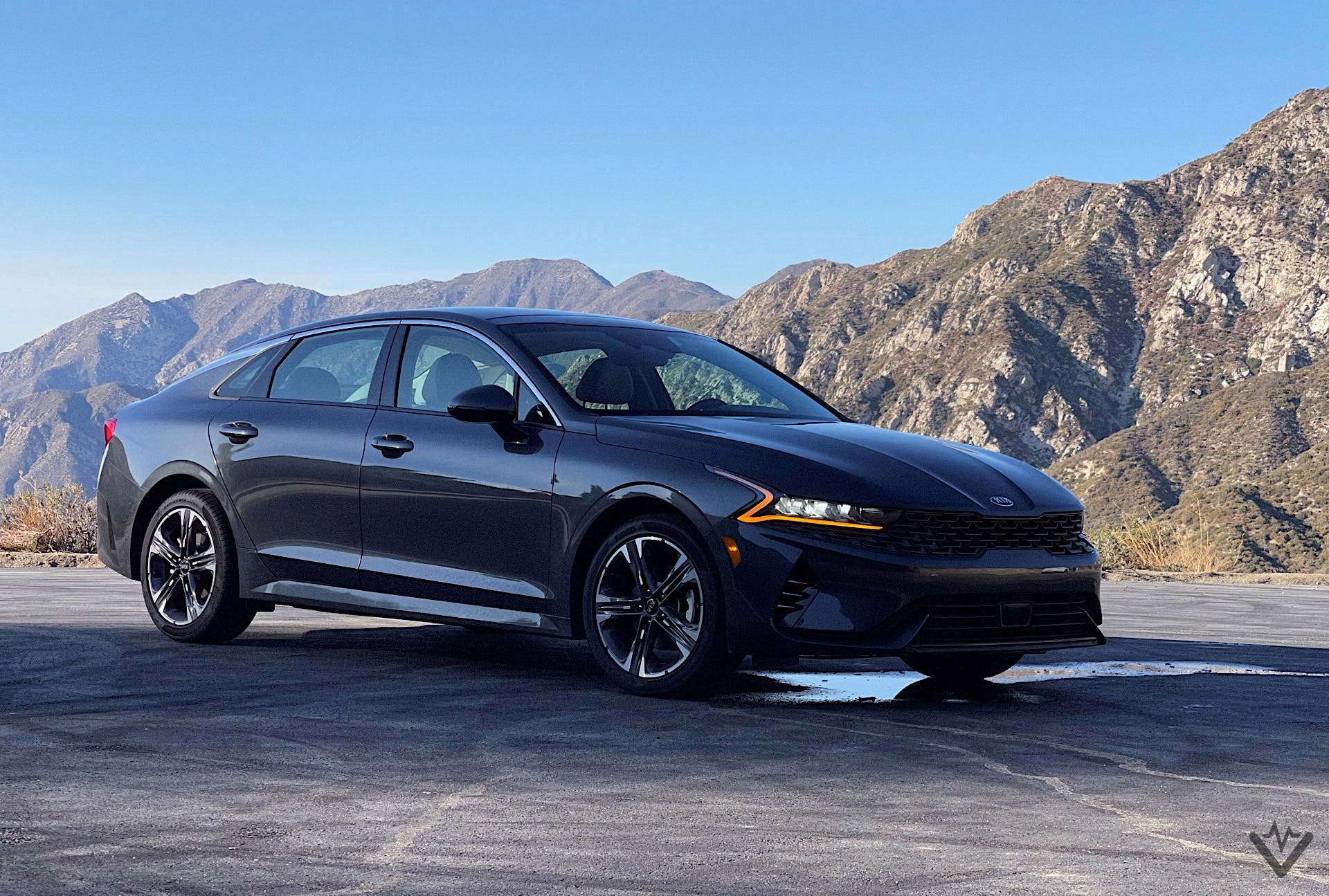 The Kia K5 is a fantastic mid-size sedan. Great ride and handling, a spacious interior, and user-friendly tech features at a surprisingly affordable price make it an enticing option.

Unfortunately, Kia hasn’t brought the hybrid variant to the U.S. The automaker hasn’t given a final say whether it plans to sell the K5 Hybrid here, either, meaning there’s still a chance it could come. Should it? Is there a way we can project if the K5 Hybrid would be viable here? Luckily, we’ve just driven its sister vehicle, the 2021 Hyundai Sonata Hybrid, giving us a clue on what the K5 Hybrid could be.

Both the Kia K5 and Hyundai Sonata Hybrid ride on the same new N3 platform. They even feature the same engine choices in their home market of South Korea, including the hybrid system. Where things differ is in calibration. The K5 does a better job absorbing impacts; bigger road imperfections aren’t as sharply felt as they are in the Sonata. This doesn’t come at the cost of agility either because the Kia is more sure-footed and takes corners more eagerly. Tighter, quicker, and more communicative steering also adds a sense of connection, something that’s not as apparent in the Sonata.

Credit Kia’s tire choice for further distinguishing the K5. The standard Pirelli P Zero all-seasons in the non-electrified variants highlight the car’s playfulness versus the Sonata. In the Korean market K5 Hybrid, the same tire is used, further hinting that the K5 is the more sporting of the two siblings, even in electrified form. Hybrid variants of the Sonata and K5 use narrower tires but the former’s rubber is comfort-focused. Although the Sonata also handles well, its balance between sharpness and softness falls short of the K5 because of tire choice and distinct steering and suspension tuning.

If there were complaints about the K5 it would be minor details. The lack of a surround-view camera and digital gauge cluster on the EX and GT trims, and AWD being limited to the LXS and GT-Line grades. Why is wireless smartphone integration not available with the big touch screen? Along with the lack of a hybrid option, those are it. Otherwise, the Kia K5 is mid-size sedan royalty.

It’s no secret that Hyundai and Kia share mechanical bits. However, each automaker calibrates their vehicles differently, giving them a unique flavor. That’s most apparent in their mid-size sedans, the Kia K5 and Hyundai Sonata. Although both share the same 1.6-liter turbo I4 and eight-speed automatic transmission, the Kia feels more enthusiastic, giving it a more energetic demeanor regardless of the mode it’s in.

We’ve recently driven the Hyundai Sonata Hybrid and that car is easily the best iteration of the more pedestrian variants. Thanks to the 192-hp hybrid system, you get generous power and excellent fuel efficiency. Like the 1.6T variant, the Sonata Hybrid is relaxing to drive. Sure, it responded quickly when you put your foot down but its focus efficiency meant its six-speed automatic doesn’t hold gears long, even in Sport mode, relying on the electric motor too much to fill in the gaps in the powerband.

If the non-electrified models are any indication, the Kia K5 Hybrid will be the more eager sedan. We wouldn’t be surprised if the hybrid powertrain’s six-speed automatic holds gear longer and is more willing to extract all of the power it possesses. This should give the K5 a bit more character and a driving experience more in line with its athletic looks. That would put the car in line with Kia’s brand sporty image and intentions to make all of its vehicles fun to drive.

There’s enough room for hybrid variants of the Kia K5 and Hyundai Sonata to coexist. Each vehicle has its unique character, meaning they’re not the same car with a different shell. Kia’s focus on sportiness means the current iteration of the K5 Hybrid with the 2.0-liter I4-based system won’t fit with the rest of the all-turbocharged lineup, preventing the car from coming to the U.S.

There is another option though: the 1.6-liter turbo I4-based hybrid system that’s going to see duty in the Kia Sorento and Hyundai Tucson and Santa Fe. Making a total of 227 hp and 261 hp combined for the standard and plug-in versions respectively, this unit fits Kia’s strategy and image.

We’re all for bringing more electrified powertrains into the market here at EV Pulse. In Kia’s case, it’d be best to wait until that turbo hybrid system gets added to the K5, giving you a no-compromise mid-size sedan. Based on our time with the K5 and the Sonata, the former has the potential of becoming a more enticing vehicle for consumers who aren’t ready to join the crossover craze.

The competition in the mid-size sedan class has never been stronger due to certain automakers leaving the segment. An electrified powertrain that blends power and exceptional fuel economy could give the K5 an edge, especially when combined with its great road manners, roomy interior, and intuitive tech features.