Attention Tesla and Elon Musk: This is absolutely unacceptable for a modern car 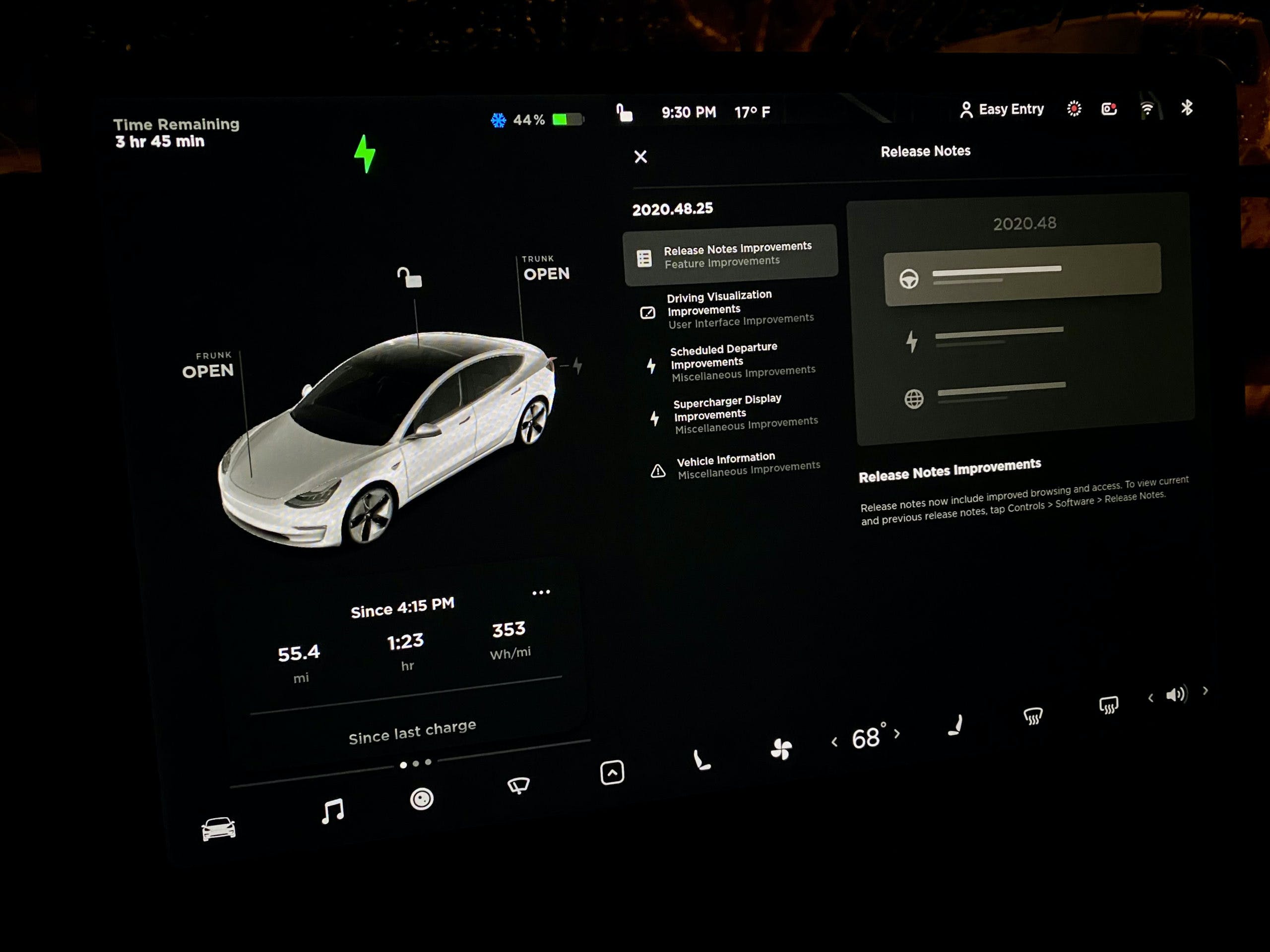 One of the clever features that makes Tesla ownership unique is the frequency of over-the-air updates designed to add features and make the car better. Unlike other automakers, Tesla updates can change nearly every computer component on the vehicle.

Living with a long-term Model 3 Standard Range Plus, you get used to some of the decisions that Tesla makes about its cars. That big center screen that controls virtually everything about the car? It’s great.

But in the year 2020 — almost 2021 — it’s unacceptable that because of that one screen to rule them all mentality, a software crash can leave you without critical driver information.

When attempting to record some data for winter efficiency, I was driving along a flat, straight stretch of highway. I was listening to a podcast via my iPhone connected over Bluetooth (also the key to the car), and had Autopilot engaged at 75 mph.

Suddenly, and without warning, the infotainment crashed. The screen went blank, the automatic climate control started blowing out air at a medium setting, and I lost audio.

At this time, Autopilot remained engaged, including lane centering, but I had no idea it was visually. Only a tug on the steering wheel to disengage the system confirmed it was still active.

I tried pressing both steering wheel buttons to trigger a reboot of the infotainment. It didn’t take. Now I’m driving down the highway — it’s not great to have to pull over on a highway when you don’t need to — and I have absolutely no idea how fast I’m going.

Are my headlights on? Dunno. Are my indicators working? Dunno. Where is my next navigation turn? Dunno. I literally have zero idea what is going on.

Yes, I have eyes. Yes, basic functions still worked. But I drive enough to at least know what to expect. What about other people?

After several minutes, the system decided it was OK to reboot. When it came back up, things returned to relative normal, though I had to reconnect my phone. The rest of my journey was uneventful.

But to be clear, this is absolutely unacceptable behavior for a car.

Putting everything on one screen might be a way to save money from left- and right- hand drive markets. It might be a clever way to provide one cohesive experience.

Yes, you get used to the new speedometer location quickly — though in 2020.48.26 the speedometer is moved more to the left — it still doesn’t sit in the line of sight of the driver.

Additionally, because these massive software updates update everything, there’s a chance there’s a bug. While I understand Tesla is perfectly fine with beta testing with peoples’ lives, how am I supposed to trust a “Full Self-Driving” system when I can’t even count on the speedometer to work?

CHECK OUT: Unboxing the Tesla Tequila

The false positives in Autopilot and phantom braking sucks, but I can somehow understand that. But when a software update makes it so I can’t get basic information about the car, while the car is in motion, in traffic, is just completely bonkers.

I don’t know what the fix is. But I’ve been in other cars where the infotainment crashes, and the rest of the car still functions relatively normal. I can at least, when pulled over by a police officer, state I know how fast I’m going.