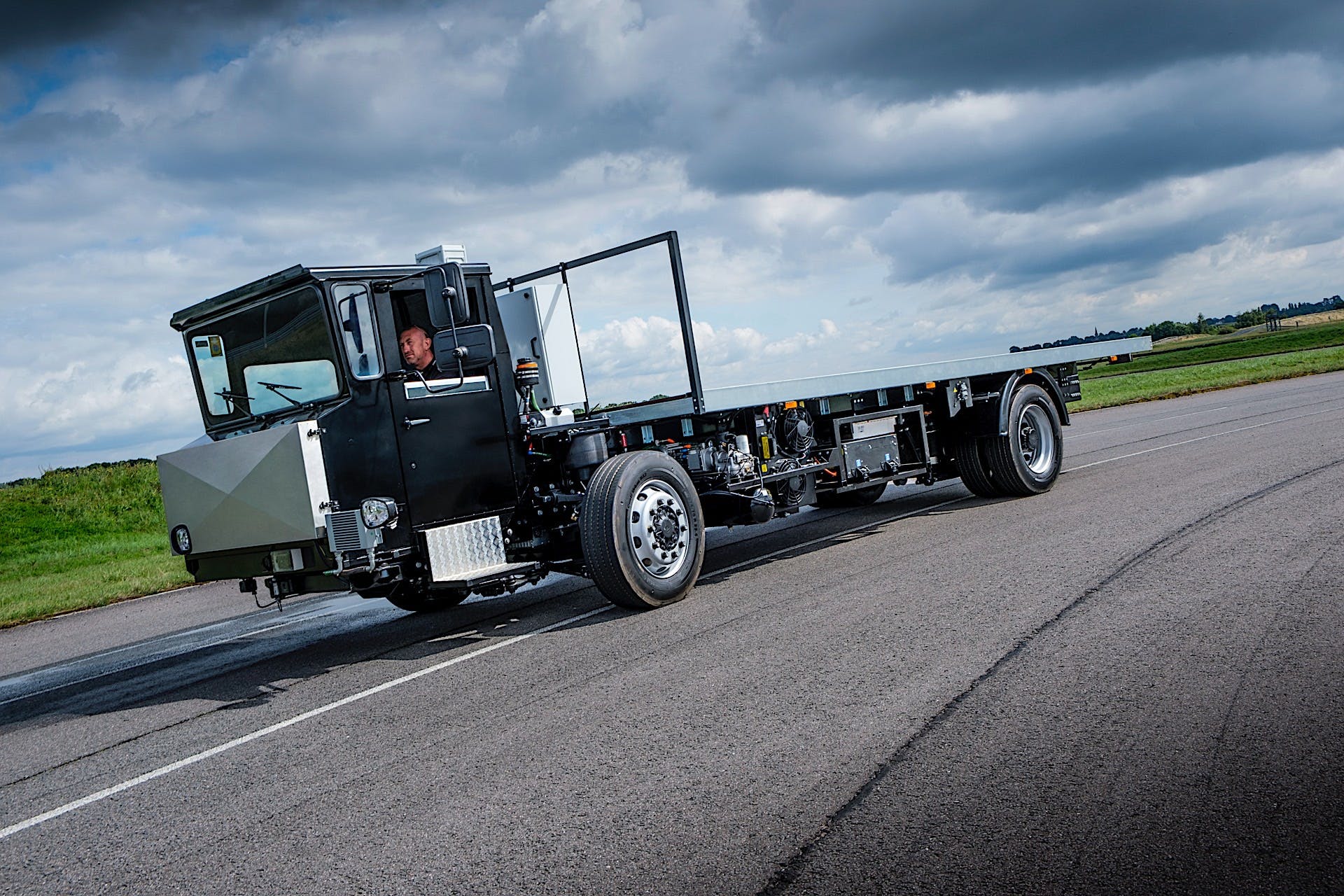 Volta Trucks, a manufacturer of all-electric commercial vehicles, has started engineering and real-world development testing of its newest model. Dubbed the Volta Zero, this electric 16-ton truck was designed for inner-city operations. The prototype, affectionately called Volta Minus One by engineers, will be used to test all of the truck’s electro-mechanical and thermal properties including the Proterra-supplied battery pack and the rear-mounted electric motor and eAxle transmission from Meritor.

The Volta Zero prototype uses a flatbed to different levels of height, various cargo locations, and to test its overall payload capacity. Volta says that the production truck will get a cargo box but it’s likely that the unconventional cab design will likely carry over unchanged. Over the next few months, Volta will continue testing the prototype Zero at the HORIBA MIRA facility in Nuneaton, U.K. This vehicle along with later pre-production examples will eventually go to the Arctic Circle for cold-weather testing. Hot weather testing will take place in Southern Europe. This is to ensure that the truck delivers on the expected durability and reliability expected by commercial fleet operators and owners.

Learnings found from the evaluations will then be incorporated into the first round of production vehicles. Those units will then be tested by consumers who have signed up for both testing and purchasing series production trucks. The goal of this program is to allow fleet owners to see how the electric truck fits into their operations. Full production trucks are expected to follow by the end of 2022. Each customer will also be able to customize each truck according to their requirements.

“The start of testing and evaluation of the initial prototype Volta Zero is a major milestone on our journey toward production and an exciting time for all of the Volta Trucks team and our customers,” said Ian Collins, chief product officer at Volta Trucks. “To have achieved this landmark moment in just eight months is a great example of the nimble and agile approach we have at Volta Trucks.”

Originally launched in Sept. 2020, the Volta Zero is a 16-ton truck designed specifically for use in the city and is aimed at reducing the emissions of deliveries and freight in urban centers. It has a total range of 95 to 125 miles depending on how it’s configured and will contribute to eliminating 1.25 tons of carbon dioxide emissions by 2025. To maximize safety, the Volta Zero was designed from the ground up as a battery-electric vehicle. Since there’s no internal combustion engine, the driver sits in a central position and has a lower seat height than a conventional truck. Together with a glass house-style cab, the driver gets 220-degrees of visibility minimizing blind spots. Customers who are taking part in the fleet trials of the Zero should get their hands on it before the end of the year.

Volta Trucks developed its first running chassis prototype for the Zero in just six months. Like most commercial vehicles, the Volta Zero uses a body-on-frame platform with the battery mounted low. The truck also has a new eAxle in the rear, which houses the electric motor and single-speed gearbox in one casing and increases range and overall efficiency.