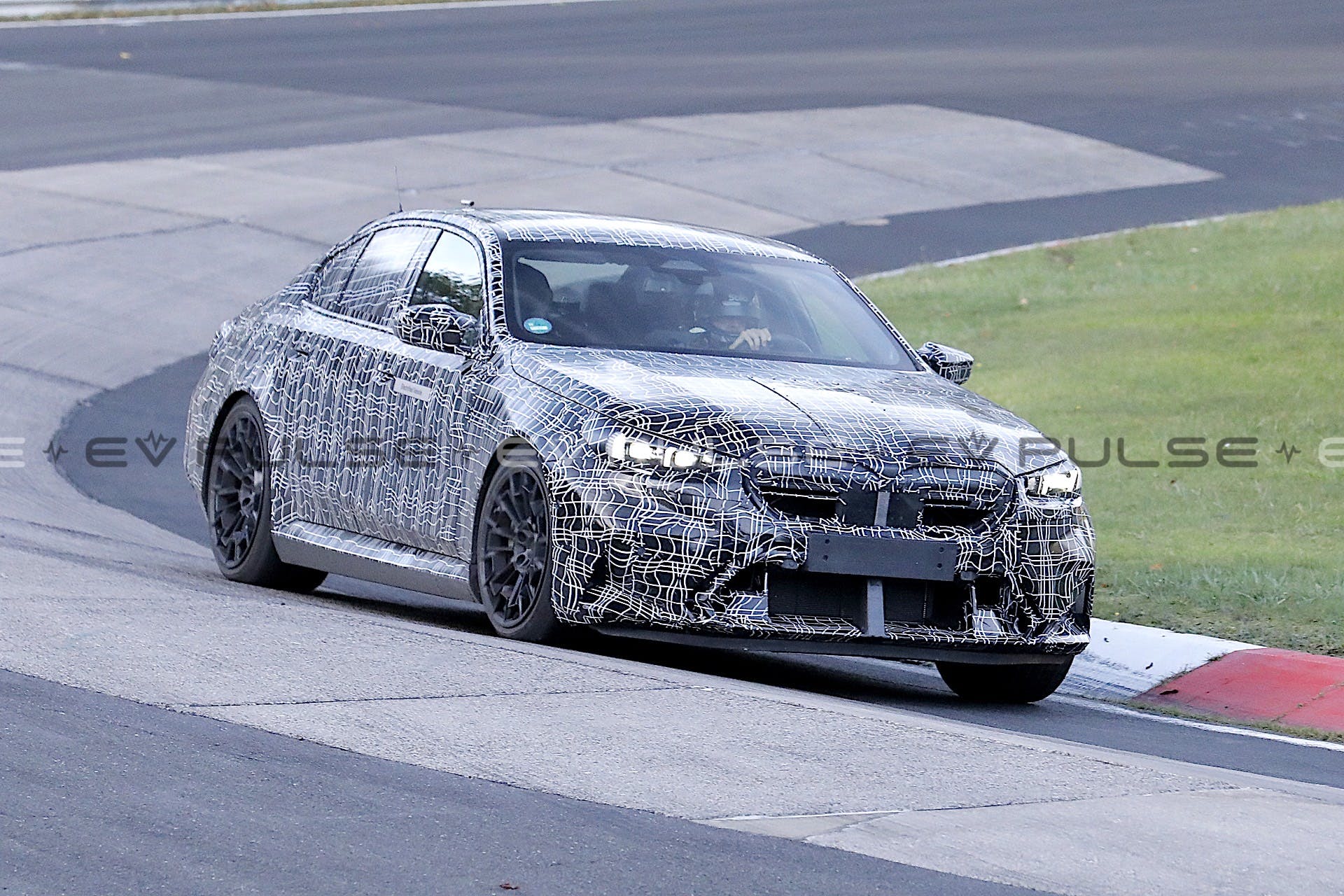 BMW practically invented the super saloon with the M5. With each new iteration, the car gets better and better (though also bigger). Now that we’ve seen the mid-cycle refresh of the car, it’s time for BMW to start testing the next version of the world beater.

That car was recently spotted by our crack team of spy photographers testing at the world famous Nürburgring in Germany. We don’t know much about what’s under the hood, except that it is an electrified vehicle, but we do know the driver is pushing it quite hard. The red brake rotors are an indication of that.

The camo doesn’t hide much from the camera. We see the wider wheel arches to hold the bigger tires. The aggressive front bump looks like it channels air all the way along the side of the car to the rear. The hood itself looks bulbous.

The car could use a similar plug-in hybrid system like in the BMW XM, with somewhere around 750 hp and 740 lb-ft of torque. We haven’t see a proper all-electric M car from BMW yet (the iX M60 doesn’t count) and we probably won’t see it here, either. There’s just too much weight in the current batteries to deliver on that experience.

Expect all the newest BMW tech on board, including a curved instrument cluster, iDrive 8, the newest version of BMW’s Digital Key, and all the driver aids you could ever ask for.

Expectations are that we will see this car on sale in 2024, though it might make a conceptual appearance sometime next year.