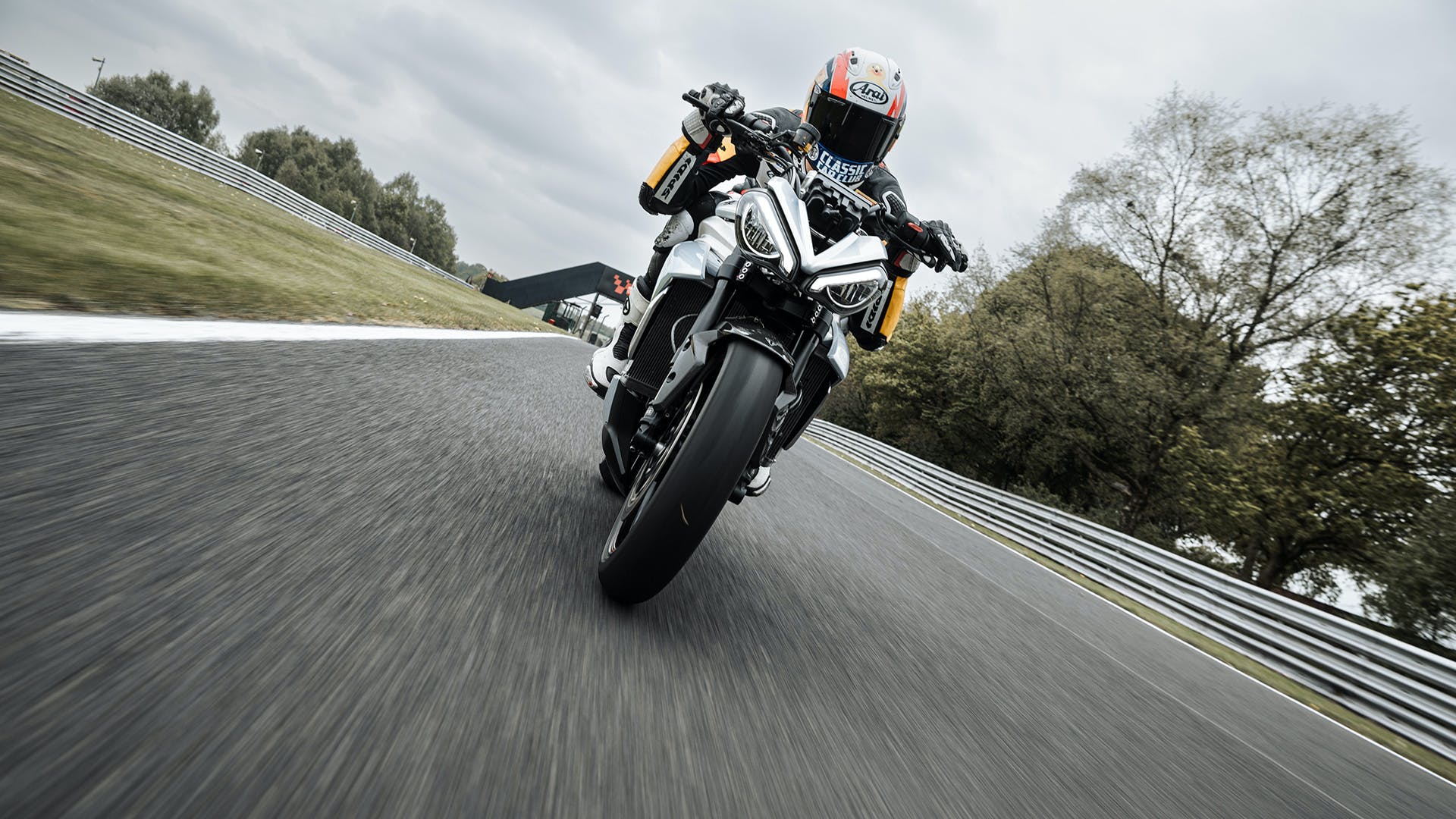 Triumph Motorcycles and Williams Advanced Engineering (WAE) has announced the testing results for its TE-1 electric motorcycle project. The prototype exceeded project objectives, giving a preview of the potential for the future of all-electric motorcycles. According to WAE, the Triumph TE-1 delivered a category-leading 100-mile range, based on live testing and official projections. Peak power comes in at 175 bhp, allowing the motorcycle to go zero-to-60 mph in 3.6 seconds, on its way to 100 mph in 6.2 seconds. More importantly, the bike was capable of charging from zero-to-80 percent in just 20 minutes. Tipping the scales at about 485 pounds, the Triumph TE-1 is up to 25-percent lighter than comparable electric motorcycles to give it a class-leading power-to-weight ratio.

The project was a result of a collaboration between Triumph Motorcycles, WAE, Integral Powertrain Ltd, and WMG, University of Warwick. It was funded by the Office for Zero Emission Vehicles through Innovate UK. Testing for the Triumph TE-1 took place not only on the track, but on the rolling road and now all that research and development will be applied to the future of electric motorcycles from Triumph.

With a 100-mile range, the Triumph TE-1 exceeds the real-world range of equivalent electric motorcycles that are available today, and the team was able to successfully incorporate regenerative braking to the project, which could further improve the range on future electric motorcycles from the brand. But perhaps the most exciting result from the project is the 20-minute charge time that took the bike from zero-to-80 percent battery charge, meeting the ambitious goal set out by Innovate UK.

Triumph TE-1 is the result of a two-year collaboration between Triumph Motorcycles and the UK’s electrification experts, before enduring a six-month period of testing, led by Triumph. During that time, the company focused on advancing electric motorcycle capabilities and it will continue with more calibration, handling, and tuning work of the TE-1 prototype. WAE contributed to the project with its lightweight battery design and innovative battery management system, as well as the vehicle control unit. Other contributors included Integral Powertrain Ltd.’s e-Drive division, which led the development of a scalable power-dense electric motor, along with a silicon carbide inverter and WMG, University of Warwick, which provided its expertise on electrification.

“We are incredibly proud to be able to share such positive outcomes from the completion of Project Triumph TE 1, where the prototype demonstrator has exceeded many of our initial targets and expectations,” said Nick Bloor, CEO, Triumph Motorcycles. “Everyone on the team is thrilled with the results we have achieved with our partners, and how the outcomes of the project will feed into the electric future to come from Triumph.”

Written by Jason Siu
RELATED ARTICLES
LiveWire is now an electric motorcycle brand from Harley-Davidson, and not just a bike
Alternating Currents: Don’t sleep on the Harley LiveWire
Alternating Currents: City dwellers need an electric motorcycle
The best car sun shades to keep the heat out
RELATED ARTICLES
JOIN THE EV PULSE NEWSLETTER
Receive weekly updates on each of our electrifying articles.