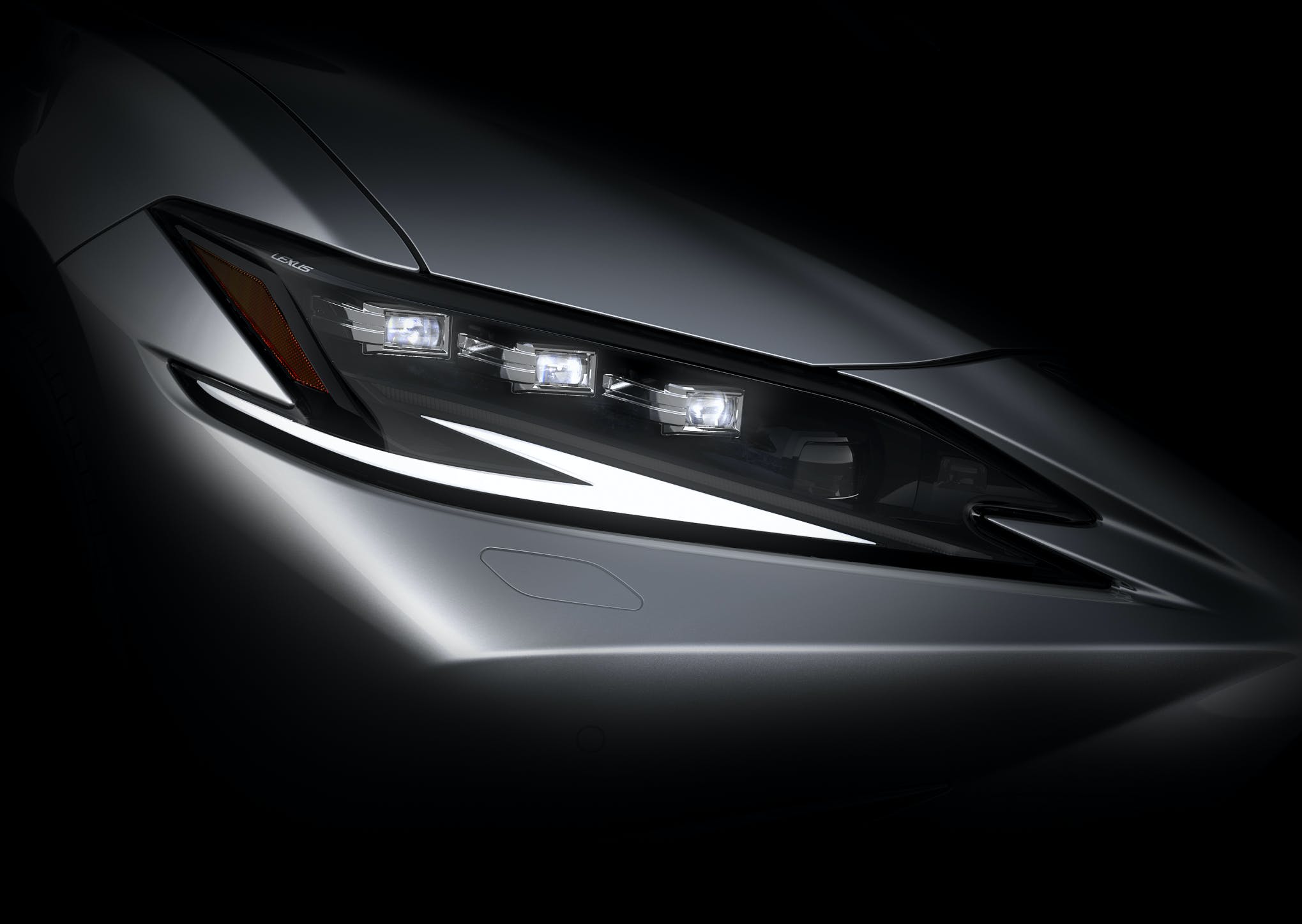 Lexus has provided a teaser of the refreshed 2022 ES sedan, which is scheduled to debut on April 19 at the 2021 Shanghai auto show. The ES was one of the first models that launched with the Lexus brand back in 1989. Since then, the car has become a mainstay and is one of Lexus’ bestsellers alongside the RX and NX crossovers.

There isn’t much known regarding how extensive the refresh is for the 2022 ES. Even the 15-second teaser that Lexus released doesn’t show much except for the sedan speeding off into the distance. The sole photo released alongside the video is a close-up of the ES’ headlight, which appears to have been reshaped, has a shorted LED accent, and square instead of triangular projectors.

In North America, Lexus offers the ES with three powertrain options including the ES 300h. That version uses the same 2.5-liter four-cylinder-based hybrid system as several Toyota models including the Avalon, Camry, RAV4, Venza, Highlander, and Sienna. In the ES 300h, the system makes 215 hp combined. Should there be major mechanical changes, we’re suspecting that the ES 300h could get an e-AWD system, which adds a second electric drive motor to provide traction to the rear wheels. If that happens, the ES lineup may shrink back down to two models in North America because that may make the ES 250 AWD unnecessary.