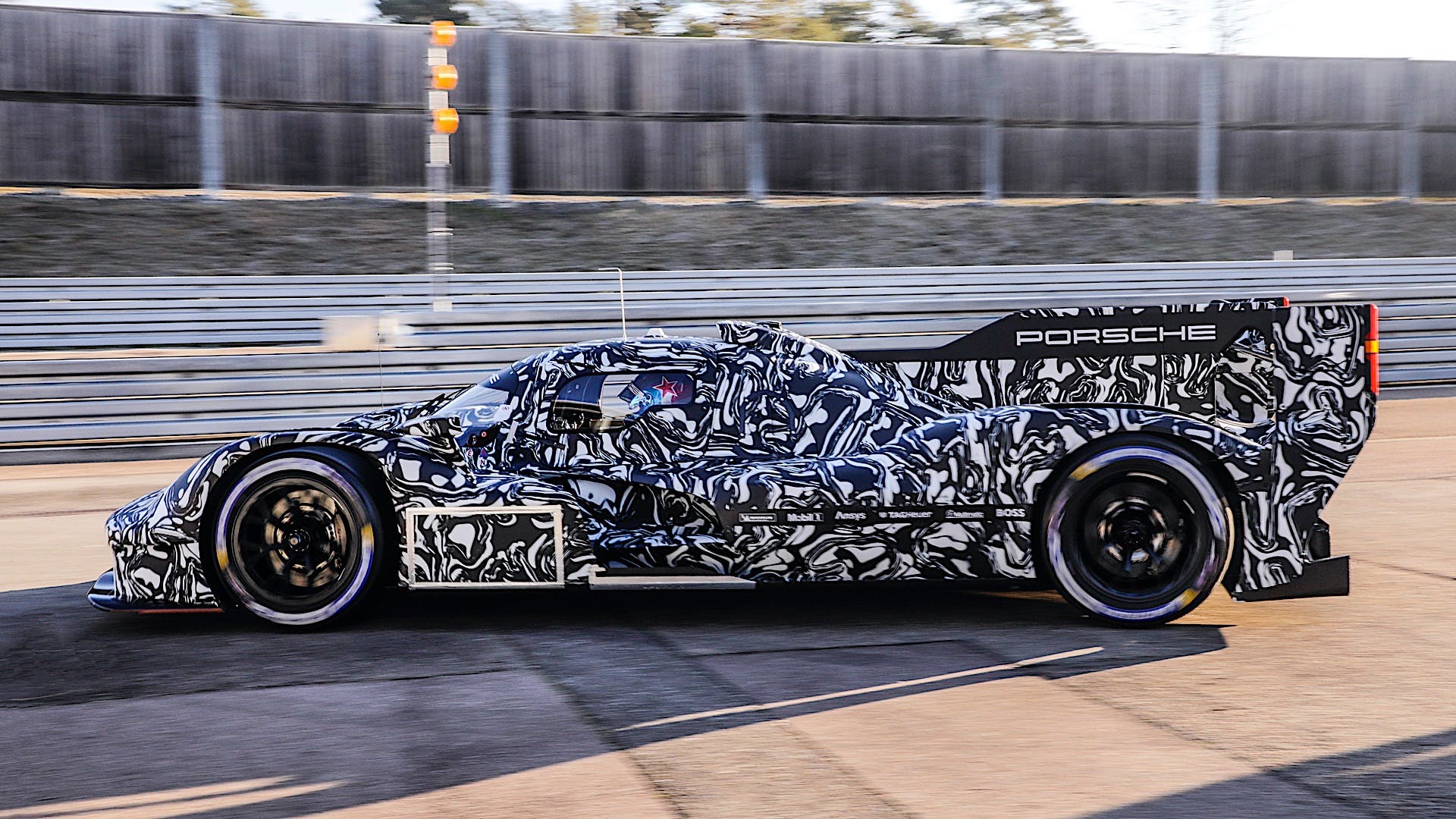 Porsche has revealed that its latest endurance race car has entered its next phase of testing ahead of its racing debut in Jan. 2023. Called the Porsche LMDh prototype, this vehicle will be the brand’s latest entry in endurance racing and will participate in its first IMSA Series next year at the 24 Hours of Daytona. In compliance with the new regulations, Porsche will be entering a hybrid that couples a twin-turbocharged V8 to an electric motor. Between the two propulsion systems, the race car makes 670 hp combined. The engine is designed to run on renewable fuels to reduce its CO2 emissions.

Development of the Porsche LMDh prototype was done alongside Porsche Penske Motorsport. The team worked together from the start, according to Urs Kuratle, Overall Project Manager of the LMDh program at Porsche Motorsport. This next text phase is also the first track outing for the team to ensure the safe operation of the hybrid powertrain.

The new engine regulations allow for more freedom, meaning they’re no longer stuck to one displacement, design, or cylinder count. However, it must weigh at least 180 kg or 397 pounds including exhaust, cooling, air supply, and forced induction components. The combined output should be between 644 to 697 hp. This also allows Balance of Performance parameter adjustments to be made to minimize any advantages one vehicle has over its competitors. The torque curve of the powertrain has also been clearly defined. A vehicle’s combined output must occur at the half shafts. Electrified components are supplied by Williams Advanced Engineering (motor), Bosch (motor generator and control electronics), and Xtrac (transmission).

“We were spoiled for choice with the engine for our LMDh prototype because the product range offers several promising baseline units,” said Thomas Laudenbach, Vice President of Porsche Motorsport. “We decided on the V8-biturbo, which we feel offers the best combination of performance characteristics, weight, and costs.”

This isn’t the first Porsche endurance race car with an electrified powertrain. From 2014 to 2017, the company entered the 919 Hybrid in endurance events including the 24 Hours of Le Mans, which it won three years in a row from 2015 to 2017 before exiting the series. The 919 Hybrid used a turbocharged 2.0-liter V4 coupled to a lithium-ion battery and an electric motor, enabling it to make around 500 hp going through all four wheels. It used an electrohydraulic seven-speed sequential transmission and a rear locking differential. In addition to motivating the vehicle, the electric motor was also used to harvest energy, which was then stored in the battery.

The final version of the 919 Hybrid, called the 919 Evo made 710 hp because it didn’t have the fuel flow restrictor of the previous versions. It also got more powerful electric motors because the amount of energy recovery was increased from 1.77 kWh to 2.36 kWh for that year. Specific Upgrades like an active drag reduction system, a larger wing, a wider front diffuser, and fixed height side skirts also increased the downforce and aerodynamic efficiency by more than double. The 919 Evo participated in demonstration runs as part of the 919 Tribute Tour in 2018, which included appearances at the 24 Hours of Nürburgring and Goodwood Festival of Speed.

One of the very first Porsche hybrid race cars is the 911 GT3 R Hybrid based on the 997 generation. It featured two electric motors in front making a combined 219 hp coupled to a 500-hp 4.0-liter flat-six. The car was entered at the 2010 24 Hours of Nürburgring and a year later it won its first VLN race.