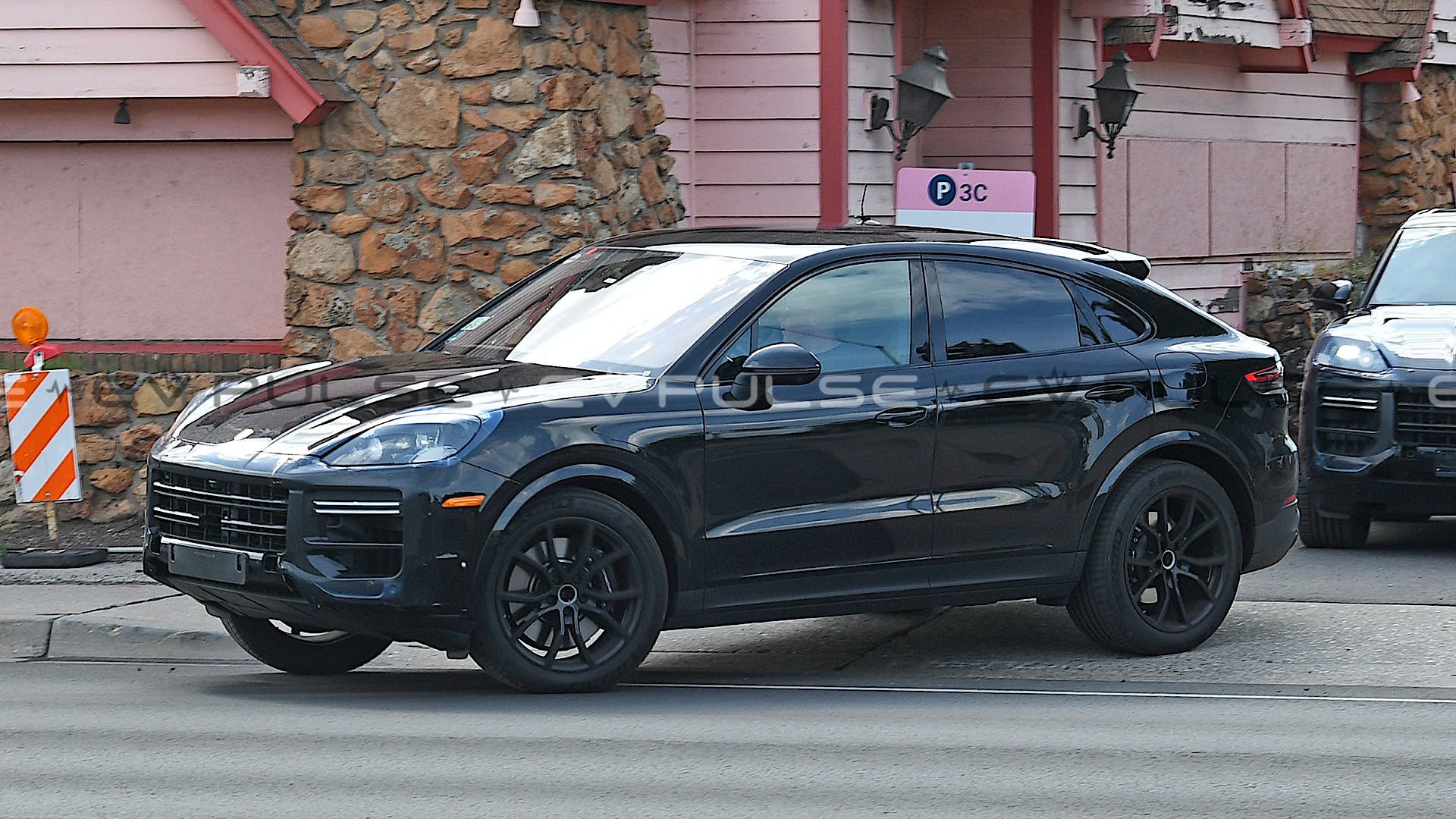 The Porsche Cayenne and Cayenne Coupe are getting a mid-cycle facelift for the 2023 model year and our spy photographers have recently caught it testing in Colorado. These pre-production prototypes sport very light camouflage, giving us a good idea of the changes to expect once it officially debuts. It also gives us a glimpse into the interior changes that will be heading to Porsche’s popular SUV and we can see there will be an all-new center console with a redesigned shifter found to the left of the center stack. This “electric shaver” design is found in the Porsche Taycan (as well as the 992-generation 911) and it suggests the model we see being tested is the E-Hybrid variant.

The current- and third-generation Cayenne was first launched in 2017 and rides on the Volkswagen Group’s MLB platform that underpins other luxury SUVs including the Bentley Bentayga and Lamborghini Urus. The mid-cycle refresh will bring some minor aesthetic changes, giving more aggressive styling to the front end with a revamped bumper and grille design. Don’t expect very many changes to the rear end, although it does appear there will be some minor tweaks to the taillight design.

It’s currently unclear what changes Porsche has in store for the Cayenne and Cayenne Coupe’s powertrains for its mid-cycle facelift, but don’t expect anything significant. The refreshed models should debut later this year, just in time to arrive dealerships in 2023.